Bobby Deol delivers but Aashram 3 does not, observes Namrata Thakker.

Director Prakash Jha returns with a new season of Aashram and though Bobby Deol’s character Baba Nirala is more powerful and bigger this time, the show fails to pack a punch.

It gets very boring in between and does not offer any element of surprise or mystery.

The third season takes off from where the second ended.

Pammi (Aditi Pohankar) is on the run after she manages to escape from Baba Nirala’s ashram.

Helping her is local journalist and friend Akki (Rajeev Siddhartha).

The first three episodes basically revolve around them, running from one place to another, trying to keep themselves alive.

Ujagar Singh (Darshan Kumar) and Dr Natasha (Anupriya Goenka) return to season 3, but their characters don’t have much to do.

In fact, Anupriya appears in the show just briefly and then her character leaves abruptly.

While Ujagar continues to help Pammi and even changes his job from being a sub-inspector to an Intelligence Bureau officer, he still doesn’t succeed in taking down Baba Nirala.

His subordinate and close friend Sadhu Sharma (Vikram Kochhar) also doesn’t have much to offer but keeps appearing in between.

Apart from the track about Pammi being on the run and the entire state force trying to catch her, the makers have added other subplots like Baba molesting a teen girl, trying to acquire jungle land, planning to open a poppy seed plant to expand his illegal drug business and his wife returning from abroad along with his kids and threatening to expose him.

Sadly, none of these sub plots add any value to the overall storyline.

Instead, the show just stretches unnecessarily.

In the fifth episode, we are introduced to Esha Guptas chara’cter Sonia, who is Chief Minister Hukkum Singh’s (Sachin Shroff) close friend.

She is an international publicist and brand consultant, but her character is reduced to a sexy seductress who, at one point, dances for Baba Nirala for some bizarre reason.

Initially, her role seems interesting, but as the show progresses, she falls flat because of poorly written character.

Overall, Aashram 3 doesn’t offer anything new in the story department.

Most of the actors suffer because of poor writing.

In the acting department, Bobby Deol shines once again. Though his character seems to be stuck in a loop, he is still creepy and charming at the same time as Baba Nirala.

Chandan Roy Sanyal delivers as the dangerous and merciless Bhopa Swami. He lends good support to Bobby’s character and the few scenes where he confronts Baba Nirala aka Monty steal the spotlight.

Apart from them, none of the characters get to perform much.

Tridha Choudhary, who plays Babita, does stir up some intrigue with her character. She says she is loyal to Baba Nirala but hasn’t forgotten her past. It’s only time before she takes her revenge.

As for Esha, Aditi and Darshan Kumar, let’s hope their roles get meatier in the next season.

Unlike season 1 and 2, Aashram 3 falls flat because of its slow pace, lack of mystery and too many characters.

Aashram 3 is streaming on MX Player. 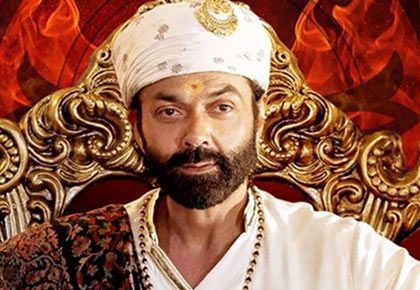 Samantha Akkineni: Raji’s story, though fictional, is a tribute to those that died because of an unequal war

Bigg Boss 13: Arhaan Khan says he’s ‘being projected as a villain’, Devoleena claims he did black magic on Rashami