As Aamir Khan turns 56 today, we revisit one of the first tell-all interviews the couple gave on Koffee With Karan season 4, and the revelations made by wife Kiran Rao. On Aamir Khan’s birthday today, we revisit one of the first tell-all interviews Aamir Khan and Kiran Rao gave to director Karan Johar. The couple appeared together in season 4 of Johar’s popular talk show Koffee With Karan. During the course of the interview, filmmaker Kiran Rao made many revelations. She shared that it was a challenge to fit into husband Aamir Khan’s life because the superstar was fragile and going through a tough phase post his separation with first wife Reena Dutta.

Acknowledging that he fears losing his dear ones in life, Aamir jokingly said that he keeps asking Kiran once a month if she’s still attracted to him and if she ever gets thoughts of leaving him. Kiran, on her part agreed to host Karan Johar’s words that Aamir barely goes to film parties. And if ever he does, he immediately looks for a quiet corner because, according to Aamir, “he has a problem with loud music.” Taking the jibe further, Karan added that Aamir is a “party destroyer because you move the party to your house. Either you segment the party and it goes into one corner, or you say – come let’s go to my house.”

While Aamir shared that he loves female attention, Kiran confessed that he tells her every time he gets hit upon by a female. “Let me tell all the ladies, I read his messages,” she said. 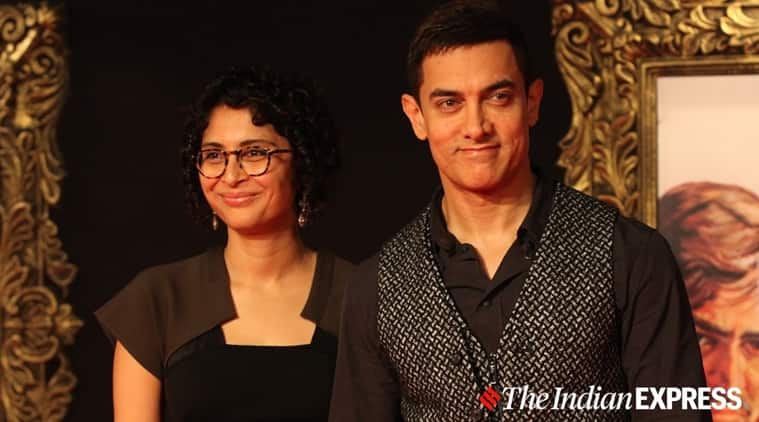 Aamir Khan and Kiran Rao tied the knot in December 2005. The two welcomed their first son Azad Rao Khan through surrogacy in 2011. Aamir has a daughter Ira and son Junaid from his first marriage with Reena Dutta.

Karan asked Kiran to reveal three unknown things about Aamir. She said that he has an “eating disorder”. To this Aamir added that either he is on a diet or eating everything. Kiran also revealed that “if Aamir can avoid a bath, he will.” Aamir barged in to clarify, “I’m a very clean person, I don’t need to have a bath. I believe in water conservation.” According to Kiran, “Though people think he’s very serious, Aamir has a great sense of humour.”

Aamir has been busy with the production work of his next film – Laal Singh Chaddha, which is a Hindi remake of Forest Gump (1994).

‘He has a big say in Indian cricket’: Greg Chappell’s high-praise for India star