Sonu Sood regularly interacts with family members of people fighting the Covid-19 infection. One woman tied him a rakhi and said, "You're like my brother." 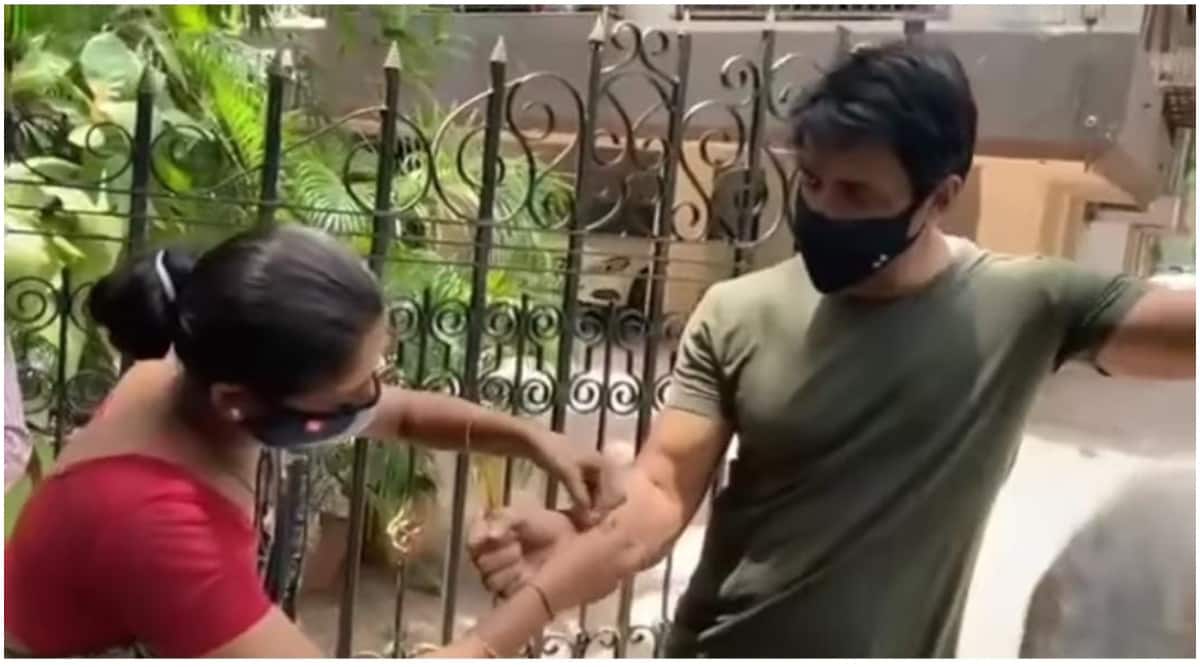 Bollywood actor Sonu Sood has emerged as a superhero during Covid-19 times. He has stepped out to help thousands who have been affected by the coronavirus pandemic. In the past few months, Sonu Sood and his team have been working day in and day out to help people with medical and oxygen supplies for people fighting the infection.

On Wednesday, the actor was seen interacting with family members of those in need in the campus of his Mumbai residence. In a video now being shared on social media, a woman can be seen tying a rakhi on Sonu’s wrist. The video of this incident was captured by the paparazzi present on the spot. Soon after tying rakhi, the woman was seen trying to touch Sonu’s feet, and while she was heard telling him that he’s like her brother, Sonu, with folded hands, requested her not to touch his feet. He said, “arre nahi, aap aisa mat kijiye.”

This video has touched the hearts of many. The comments read, “Good job. This is better than filming celebrities entering the airport.” Many other Instagram users dropped generous number of heart emoticons to show love towards Sonu.

The actor’s philanthropic work throughout the pandemic has been commendable. He started off by helping migrant labourers reach their hometown safely when lockdowns were first announced in the country in 2020.

Recently Sonu has been working towards setting up oxygen plants as India continues to grapple with the virus. The actor and his team are in the process of setting up an oxygen plant at Kurnool Government Hospital, followed by one at District Hospital, Atmakur, Nellore, in Andhra Pradesh.

Maheep Kapoor shares a throwback video from Miss India 1993, where she was a finalist. Watch