For the discerning horror fan there are plenty of quality series on the box right now: American Horror Story, Stranger Things, The Terror, Channel Zero, the list goes on…

But no matter how unsettling these adult-oriented shows might aim to be, they can never quite match the trauma inflicted by a childhood favourite. Somehow, a spooky kids’ TV show can dig deep into a young mind and leave a psychological scar like nothing else.

What we’re trying to say is… we still have nightmares about the Demon Headmaster.

It’s one thing to be unintentionally creepy – like the horrifying Noseybonk from ’70s series Jigsaw – but the following shows all set out with the express purpose of leaving children traumatised, and more than succeeded. Brrrr. 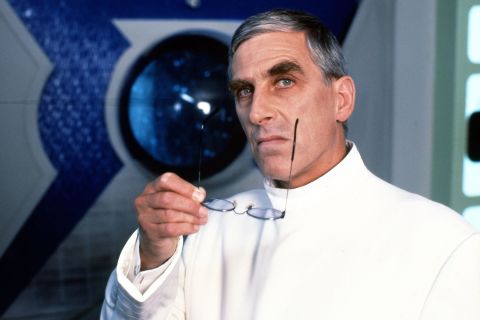 Let’s get this terror out of the way.

With his stern manner, clipped tones and those eyes, Terrence Hardiman was absolutely petrifying as the title character in CBBC’s 1990s series, based on the Gillian Cross books about an evil genius with the power of hypnosis.

He even left his castmates quivering, with actress Frances Amey, who played heroine Dinah Glass, later admitting, “He was really quite frightening when you were actually acting with him, but he’s the greatest, loveliest guy [off-screen].”

And don’t even get us started on the creepy-as-hell theme tune, with all that sinister whispering. 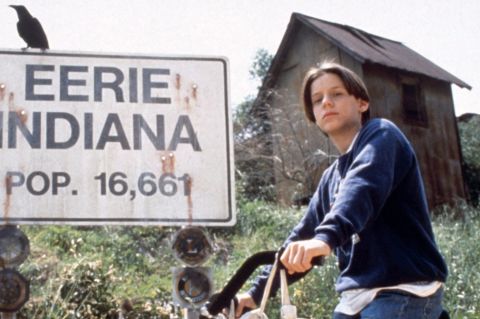 Tongue-in-cheek but still terrifying, the show saw Marshall and best pal Simon Holmes (Justin Shenkarow) embark on unnerving adventures involving werewolves, hauntings and a classmate who dies in a gruesome accident, with his spirit being transferred to a classmate via a heart transplant.

Chock full of references to scary movies from The Fly to The Wolf Man, Eerie, Indiana had a strong horror pedigree of its own, with Joe Dante (Gremlins, The Howling) serving as a creative consultant and also directing several episodes.

3. Are You Afraid of the Dark? 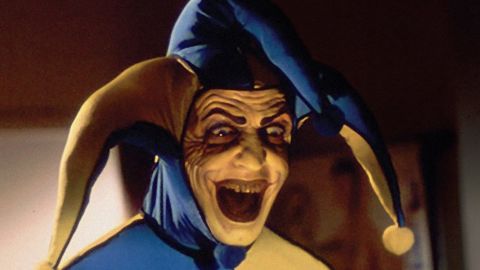 Like a Twilight Zone or Outer Limits for kids, Are You Afraid of the Dark? was a horror-fantasy anthology series, with a framing device that saw a gang of teens – the “Midnight Society” – meeting at a secret location in the woods to swap scary stories.

Horrific highlights from across the show’s original 1990-1996 run (a revival with a different cast ran in the late ’90s) included: season 2’s Nosferatu-inspired ‘The Tale Of The Midnight Madness’, season 3’s ‘The Tale Of The Dollmaker’ about a missing girl and her sinister connection to a doll’s house, and season 5’s ‘The Tale of the Night Shift’ about a vampire stalking a hospital.

AYAOTD? was especially agonising, though, for coulrophobics, with season 1’s ‘The Tale Of Laughing In The Dark’ and season 3’s ‘The Tale Of The Crimson Clown’ both providing plenty of evil clown-inspired nightmare fuel. 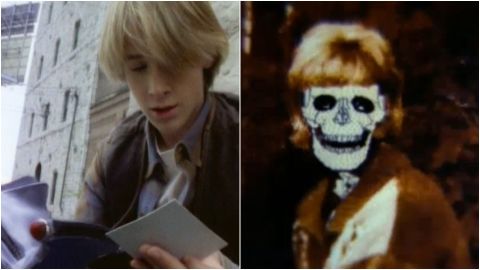 Viewer beware, you’re in for a scare!

Like The Demon Headmaster, this 1995-98 series adapted a successful series of kids’ horror fiction novels for television: RL Stine stories brought to alarming life included ‘Scarecrow Walks at Midnight’ (about demonic scarecrows animated by black magic), ‘Monster Blood’ (about a novelty ‘slime’ toy that devours everything in its path) and ‘Say Cheese and Die’ (about a camera that predicts / causes misfortune for the subject it photographs, including a young Ryan Gosling!).

The TV series also unleashed a number of original horror stories, which were in turn novelised for the Goosebumps Presents line of spin-off books. 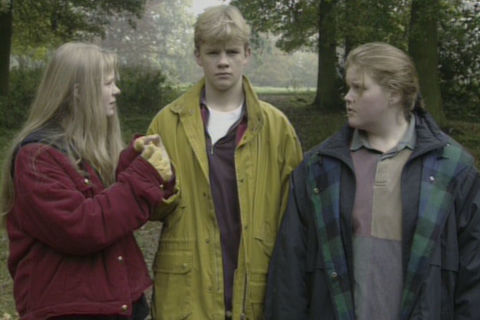 Inspired by a young RTD’s love for classic Doctor Who – in particular, stories like ‘The Daemons’ and ‘The Stones Of Blood’ – as well as earlier kids’ dramas like 1997’s Children of the Stones, it’s a spine-tingling tale of folk horror.

(If the name Josiah Naismith sounds familiar, it’ll be because RTD later introduced a ‘Joshua’ Naismith – played by David Harewood – in David Tennant’s Doctor Who swansong, ‘The End of Time’.) 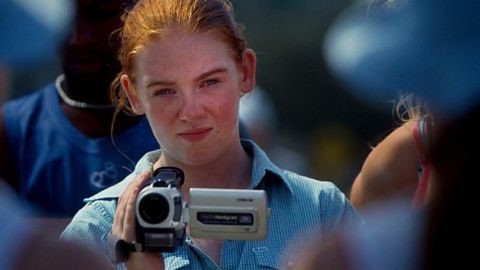 No, not the long-running American quiz show hosted by Alex Trebek.

This Jeopardy was a children’s sci-fi series that aired three series in the early 2000s and is best described as a (slightly) more kid-friendly version of The Blair Witch Project.

Employing a similar found-footage gimmick, with lots of close-ups, heavy breathing and shaky camera work, its story of eight Scottish kids and their teacher who take a trip to the Australian bush to look for UFOs left us terrified we’d be abducted by aliens in the night.

In 2004, CBBC viewers were asked to vote on how the series would end, with those masochists choosing the “spooky” ending over a “happy” one. The chosen conclusion saw Jeopardy end on a cliffhanger, with the fate of lead character Lucy (Samantha Bowie) left uncertain…

7. Captain Scarlet and the Mysterons 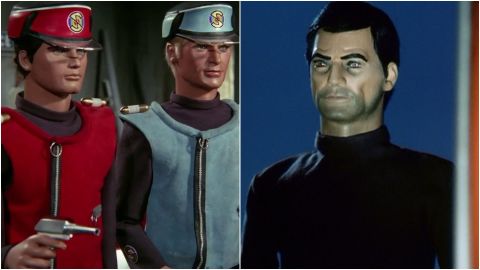 An earlier entry than most on this list, originating as it does from the late 1960s, Captain Scarlet and the Mysterons was repeated in the 1980s, ’90s and early 2000s, ensuring that no generation of kids was spared its terrors.

Deliberately more “adult” and serious-minded than Thunderbirds (its immediate predecessor in the pantheon of shows produced by the great Gerry Anderson), Captain Scarlet not only featured more lifelike puppets but also morally murkier storylines and a greater level of on-screen violence.

The real scares, though, were inflicted by the unseen presence of the alien Mysterons, identified only by their booming voices and projected green rings, and by their zombie-like agent of terror Captain Black.

8. The Animals of Farthing Wood 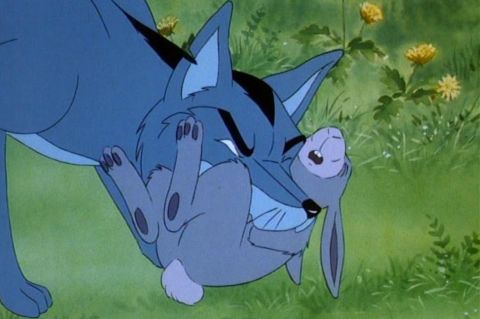 God, Farthing Wood could be a tough watch – when it came to dishing out grisly fates to beloved characters, Game of Thrones isn’t a patch on this classic ’90s animated series.

As Fox and company fled their devastated home for the sanctuary of a nature reserve, the adorable hedgehogs were run over, the pheasants were shot dead by a farmer, the baby mice were impaled by a vicious bird… and that’s just the start.

This was the worst example of brutality being inflicted on cartoon animals since Watership Down. At least Badger got to die of old age. 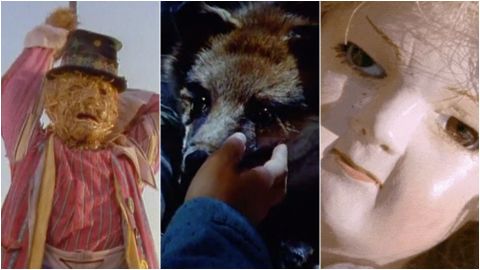 With its jaunty theme song burned into the brains of ’90s kids everywhere, this long-running Aussie series about a lighthouse-dwelling family and their magical adventures is often misremembered purely as a jolly, lightweight romp.

But Round the Twist delivered more than its fair share of macabre moments. Recall, if you dare, the horrible scarecrow monster from season 1’s ‘Know All’, the reanimated dead fox from season 2’s ‘Grandad’s Gifts’ or the evil living doll from season 3’s ‘Toy Love’.

“Have you ever, ever felt like this?” – If by “this”, you mean “seriously unnerved”, then yes, Round the Twist, we absolutely have, and it’s all your fault.

From Wuhan, without virus: Diao Yi’nan's 'The Wild Goose Lake'

Vidyajyothi to be extended to city schools too