Not sure what to watch? For this weekend, we have eight titles that would be worth your time. 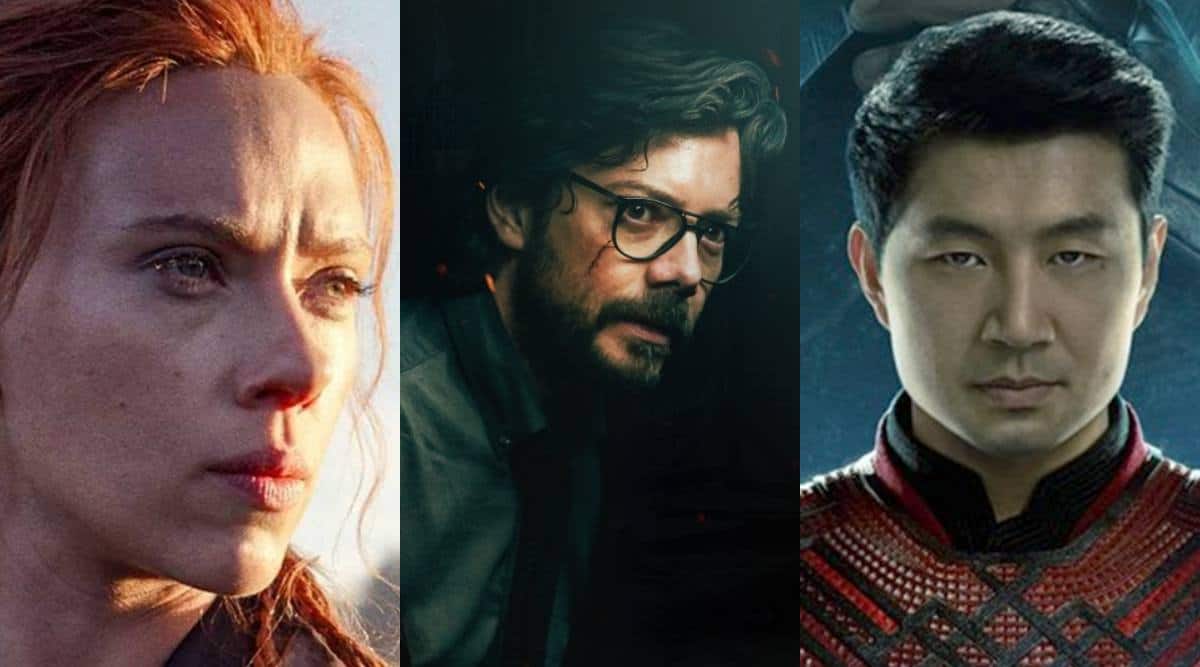 If you’ve been living under a rock, you would have missed the fact that Spanish series La casa de papel or Money Heist landed on Netflix on Friday. The fifth season’s first volume is (expectedly) going to be one of the most-watched shows this weekend. But if the fate of the Professor and his group stationed in the Bank of Spain means nothing to you, there’s plenty for you to watch in theatres and on streaming services as well. Let’s get right to it then!

The much-awaited first part of the fifth season of Netflix’s most popular Spanish series Money Heist is finally streaming on the OTT giant. The five episodes are also available in Hindi, Tamil and Telugu. The recurring cast of the thriller includes Úrsula Corberó as Tokyo, Álvaro Morte as The Professor, Itziar Ituño as Lisbon, Miguel Herrán as Rio, Jaime Lorente as Denver, Esther Acebo as Stockholm, Hovik Keuchkerian as Bogota, Rodrigo de la Serna as Palermo, Najwa Nimri as Alicia Sierra, Belén Cuesta as Manila, Enrique Arce as Arturo, Darko Peric as Helsinki, Luka Peros as Marseille, Fernando Cayo as Coronel Tamayo, and José Manuel Poga as Gandía. In the trailer of Money Heist 5, it was revealed that after The Professor’s arrest, the Spanish authorities decide to send in the military and take out his crew. After watching the first two episodes of the show, indianexpress.com’s Mimansa Shekhar found it “pacy, heart thumping and unpredictable.” 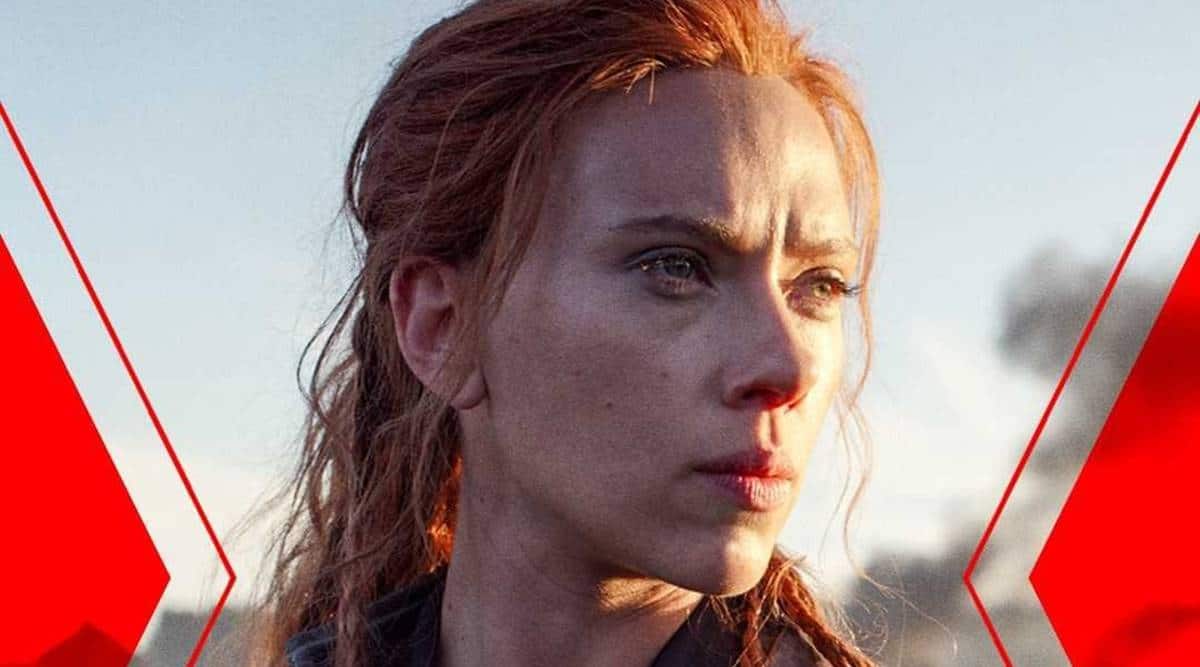 Based on the only female superhero in the old guard of the Avengers, the Scarlett Johansson-starrer Black Widow is directed by Cate Shortland. It is set between the events of 2016’s Captain America: Civil War, in which Natasha Romanoff or Black Widow finds herself on the run from the law because she aided Steve Rogers and Bucky Barnes, and 2018′s Avenger: Infinity War. The film scored 80 per cent on Rotten Tomatoes. The critical consensus read, “Black Widow’s deeper themes are drowned out in all the action, but it remains a solidly entertaining standalone adventure that’s rounded out by a stellar supporting cast.”

Fast and Furious 9: In cinemas F9: The Fast Saga or Fast and Furious 9 has finally hit theatres in India. Helmed by Justin Lin, the film stars Vin Diesel, Michelle Rodriguez, Tyrese Gibson, Chris Bridges, John Cena, Nathalie Emmanuel, Jordana Brewster, and Charlize Theron among others. Unlike the other films in the franchise, F9 hasn’t impressed film critics. Indianexpress.com’s Kshitij Rawat found the plot of the movie ‘banal’. But, if you are a die-hard fan of the franchise, don’t miss to watch it on the big screen.

Read the review of Fast and Furious 9 here.

Camila Cabello starrer Cinderella presents a fresh take on the age-old fairy tale. Here, Camila’s Cinderella not only sings, goes to a grand ball or hopes to become the charming prince’s bride, but she also aspires to run her own business. The film also stars Billy Porter, Pierce Brosnan and Idina Menzel. If the fairy tale of Cinderella still fascinates you, do stream its Amazon Prime Video adaptation this weekend.

Read the review of Cinderella here.

Satramm Ramani directorial Helmet, starring Aparshakti Khurana, Pranutan Bahl, Abhishek Banerjee, Ashish Verma and Sharib Hashmi, aims to normalise conversations around the use of condoms in society. The story revolves around three men who, to make some easy money, decide to rob a truck carrying cell phones. Later it is revealed that the truck is carrying condoms and not cell phones. Desperate to earn money, three of them set out to sell condoms to those who are shy to buy them from shops. Helmet seems to be a good option to watch with your family, as the team of the film promises that it is a “family entertainer” with a message.

Read the review of Helmet here

Shang-Chi and the Legend of the Ten Rings: In cinemas

Shang-Chi and the Legend of the Ten Rings is the origin story of Marvel superhero Shang-Chi. Set after the events of Avengers: Endgame (2019), the film follows Shang-Chi who is drawn into the clandestine Ten Rings organisation, and is forced to confront the past he thought he left behind. The movie features Chinese-Canadian star Simu Liu as the first Asian to headline a Marvel film. It also stars Awkwafina, Meng’er Zhang, Fala Chen, Florian Munteanu and Benedict Wong. 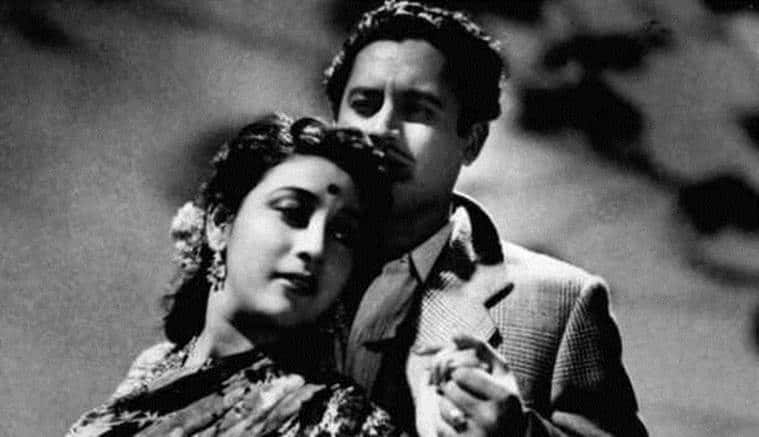 Guru Dutt’s Pyaasa is the crown jewel of Hindi cinema. From its performances, songs to its cinematography, everything about the 1957 film is phenomenal. Indianexpress.com’s Sampada Sharma, in her weekly column Bollywood Rewind, wrote about the film, “While Guru Dutt is often credited with the creation of the film, one cannot forget that the film comes alive because of the poetry and lyrics of Sahir Ludhianvi. ‘Jinhe naaz hai Hind par woh kahan hain’ examines the debilitating condition of a newly built nation that’s mistreating its women and does not see the error in its ways. Not just with its songs, Pyaasa is also poetry on screen. The cinematography by V. K. Murthy leaves images in your mind that haunt the dark corners of your soul.”

Indianexpress.com Anvita Singh, in her weekly column Hollywood Rewind, recommended Nightcrawler to fans of the thriller genre. She wrote, “Nightcrawler is the unlikeliest thriller about the unlikeliest person. If you want to witness some stellar acting in tune with a well-woven script (the movie we all want at the end, more or less), this should be right up your alley. The film is a commentary on how people perceive crime and what kind of television news goes on air. The people are fed what they want most of the time, which is basically a version of pulpy gossip columns with a generous dose of scandal and awe-inspiring crime on the side.”

Hollyoaks newcomer Kelle Bryan opens up about suffering a stroke

On 'Kadar', a short film from the Anamalais

Dialysis units for GH in Paramakudi

Replace Jalandhar candidate with leader of our community or won’t support: Valmikis