Loose Women met an inspiring young drag queen on today’s (August 8) show, and then surprised her with a message from one of her heroes.

11-year-old Leo appeared alongside mum Lauren towards the end of the show, after getting a makeover during the episode.

Speaking before Leo’s alter-ego Violet Vixen appeared, Lauren spoke about embracing her son’s love for drag, admitting he was always a “flamboyant and big character”. 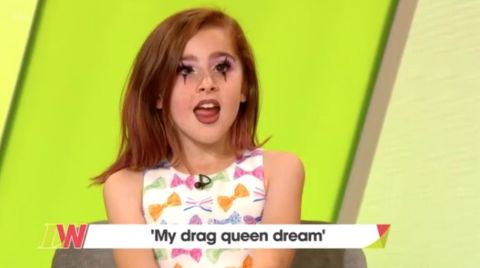 While she faced some hurdles along the way, Lauren received praise from the panel, which included Coleen Nolan, Jane Moore, Stacey Solomon and Nadia Sawalha.

And to the bullies, she had a defiant message: “Why spend time giving hate to people when you can embrace it and have fun with them?”

Afterwards, Violet made a fabulous entrance and joined the panel, with Stacey noting how she wanted the young drag queen to do her make-up.

However, the biggest surprise was yet to come as Celebrity Big Brother winner and Violet’s idol Courtney Act/Shane Jenek had recorded a video message for her.

“I just wanted to say I love you lots, and I’ve been loving all the conversations I’ve been seeing online, all of the support and all of the love for you,” Shane said. “And you’re expressing yourself with so much colour and fabulousness. 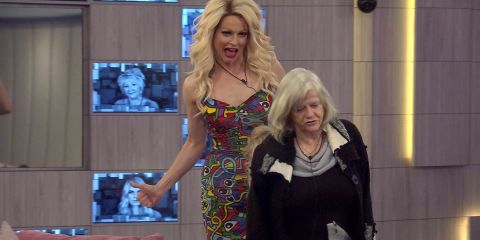 “It was a pleasure to meet you, and you know you’re also inspiring a conversation about how silly it is to apply gender to a piece of clothing.

Violet was understandably emotional, and viewers had lots of praise for the youngster:

Meet the WATER BABIES of Bollywood!

TV Rewind | Everybody Loves Raymond: The OG Sarabhai vs Sarabhai

WWE throws its weight behind India, its biggest global market