WWE SummerSlam 2021 Results: After making his return, Brock Lesnar is now confirmed to take on Roman Reigns at the next PPV event or at Crown Jewel, which takes place in UAE in October. 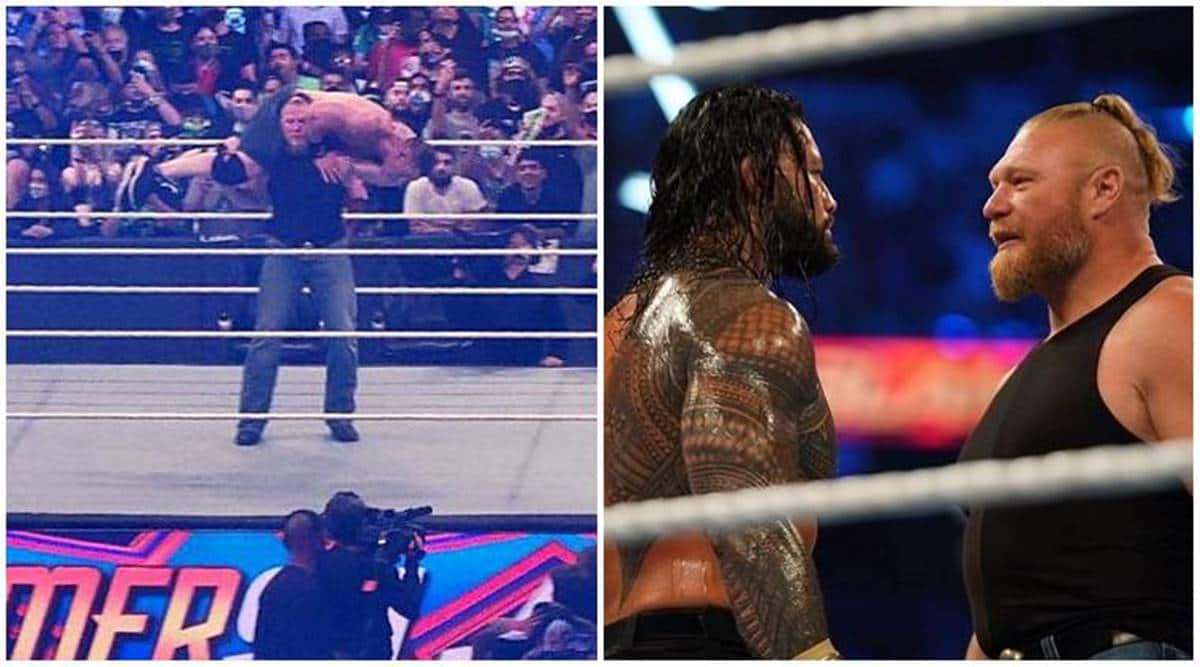 WWE SummerSlam 2021 Results: John Cena was back to headline SummerSlam at Allegiant Stadium in Las Vegas, Nevada where he took on Roman Reigns for the Universal championship. But the Tribal chief hit two Superman punches and a spear on former WWE Champion John Cena to score the pinfall and retain his title. But after the win, Brock Lesnar made his return to WWE, confronted Reigns down forcing the champ to walk out of the ring as he was being urged by Paul Heyman.

Becky Lynch def. Bianca Belair via pinfall to win the title: Becky Lynch returned to WWE at Summerslam, replacing Sasha Banks to win the Smackdown Women’s Title. Sasha Banks was a no-show at tonight’s WWE Summerslam PPV and Bianca Belair ended up defending her Smackdown Women’s Championship against Carmella instead. At least, that’s what it seemed was going to happen, until Becky Lynch made her return to WWE to a huge ovation from the Las Vegas crowd. She then laid out Carmella and challenged Belair on the spot for a title match, which the champion accepted. In less than a minute, Lynch laid out Belair and won the title.

Edge def. Seth Rollins via submission: Edge and Seth Rollins was best match of the night so far. Both guys worked hard and had a great contest. Edge busted out a lot of his classic moves including the Edge-a-cution, the Edge-a-cator, and the Edge-o-matic. At one point, Edge speared Rollins through the ropes similar to his Foley WrestleMania match. Rollins countered a spear into a Pedrigee. Edge eventually won with a modified crossface as Rollins tapped out. What also caught the attention was Adam Copeland back as Brood-era Edge. He got the Brood music and entrance and everything.

Boos for Goldberg As Bobby Lashley Wins: Bobby Lashley defeated Goldberg by TKO after the latter was unable to continue his match due to an injury to his left knee. However, The All-Mighty continued to attack Goldberg after the fight which led to Goldberg’s son Gage enter the ring to try and save his father. But he was trapped into a hurt lock as fans cheered loudly for Lashley’s offense, and booed louder when Goldberg was in control.

Charlotte Flair def. Nikki A.S.H. and Rhea Ripley to win the title: Charlotte Flair gets the Figure 8 on Nikki ASH in the middle of the ring. Nikki struggles to get to the ropes, but it’s not enough. Nikki taps and thus ends her underdog title reign. Charlotte Flair regains the Raw women’s title

Damian Priest defeated Sheamus via pinfall to win the US title. This marks the first main roster WWE title for Damian Priest.

The Usos def. The Mysterios via pinfall to retain the titles.

Everyone loves Pankaj Tripathi: On his birthday, we list his five best performances