Jadeja towers the Chennai Super Kings batting charts with a 145.51 strike-rate, Dhoni with 95.04 pales in comparison. In the 14 league games, Jadeja has scored 227 runs and his captain 96 runs. Ravindra Jadeja and Mahendra Singh Dhoni have had a contrasting IPL season. While Jadeja towers the Chennai Super Kings batting charts with a 145.51 strike-rate, Dhoni with 95.04 pales in comparison. In the 14 league games, Jadeja has scored 227 runs and his captain 96 runs. So why is Dhoni batting ahead of Jadeja?

While the left-arm spin-all-rounder is seen as a finisher, he has been under-utilised. In the 14 games, he faced 156 balls. Batting higher up the order and facing more deliveries might have yielded even bigger returns. It would be interesting to see the CSK team management’s thought process, going into the Qualifier 1 against Delhi Capitals in Dubai on Sunday, on the heels of three defeats on the spin.

Go back to the CSK versus DC group league fixture in Dubai played only five days ago. Batting first, CSK posted 136/5, with Dhoni making 18 off 27 balls. His fans would like to forget how DC fast bowler Anrich Nortje hurried him in his shots. Once the great finisher, the 40-year-old has struggled to force the pace throughout this IPL. Devoid of regular cricket, he has looked woefully undercooked.

Jadeja coming at No. 7 and facing just two deliveries was a travesty. DC won the game by three wickets, with two balls remaining. CSK missed a trick by not promoting Jadeja up the order. And along with K Gowtham’s dropped catch of Shimron Hetmyer, it was a reason for their defeat.

It was a similar scene during CSK’s last match against Punjab Kings. Dhoni again came to bat ahead of Jadeja, consuming 15 balls for 12 runs. The left-hander, as a consequence, wasn’t given the luxury of pacing his innings on a pitch that demanded some time for a new batsman to settle in.

There’s a school of thought that Dhoni needed batting time in the middle before the Playoffs. That, at the expense of Jadeja’s promotion up the order however, didn’t look a smart choice. CSK’s batting this term has been mainly carried by their openers Ruturaj Gaikwad and Faf du Plessis – with 533 and 546 runs respectively. In the first half of the tournament in India, Moeen Ali made his presence felt at No. 3. But in the second phase in UAE, especially towards the back-end of the group stage, the southpaw’s form regressed. Ali hasn’t reached a 30-plus score in his last four innings.

During the Test series in England, India captain Virat Kohli was proactive enough to promote Jadeja in the batting order ahead of an out-of-form Ajinkya Rahane. Jadeja’s batting record over the last two seasons in international cricket merited the promotion. With Suresh Raina, too, no longer the force he used to be – 160 runs in 12 matches – CSK apparently have failed to fully capitalise on Jadeja’s prime form. 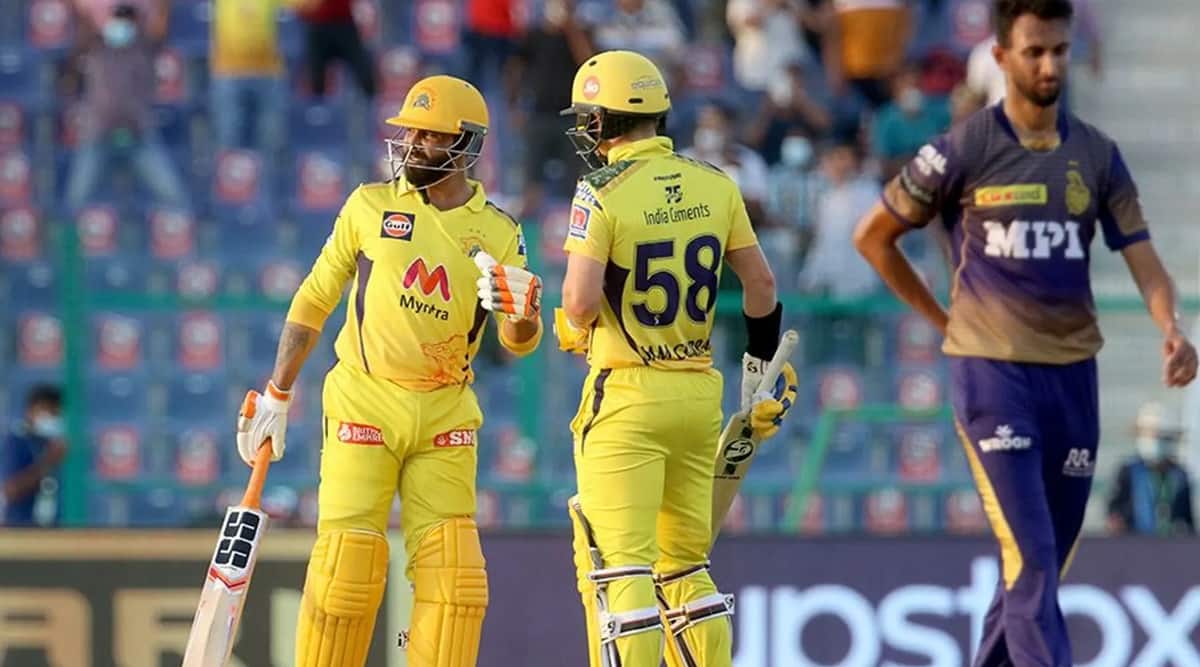 The 32-year-old has grown enough as a batsman to at times singlehandedly change the course of a match and CSK’s fixture against Kolkata Knight Riders in Abu Dhabi was a case in point. The three-time IPL champions looked to have surrendered the initiative by losing two wickets – Raina and Dhoni – in an over, while the asking rate jumped to 13. With 26 required off 12 balls, Jadeja flattened Prasidh Krishna with a 22-run over.

The losers of Qualifier 1 would get a second bite at the cherry, but winning it and reaching the final is obviously the preferred route. Eyes will be fixed on CSK’s use of Jadeja as a batsman.

DC’s evolution as a team over the last two seasons under head coach Ricky Ponting has been one of the positive stories of the IPL. Be it Shreyas Iyer or Rishabh Pant, a young captain working under the guidance of a high-profile coach has worked spectacularly for the Delhi-based franchise. This is the opposite of how CSK’s system works, but the Capitals have benefited from the policy.

They reached the final last year and finished at the top of the group stage with 20 points from 14 matches.

In terms of balance, DC are better placed than their Qualifier 1 opponents, having all bases covered – top-order, middle-order, pace and spin.

The right evolution of a team is marked by its consistency. For a young team, this is also the biggest challenge, as success usually doesn’t follow a linear direction. DC have become wonderfully consistent – they have lost just four games this term – by embracing stability. Even in the inconsequential last group game, they didn’t rotate much. And although DC lost to Royal Challengers Bangalore, Prithvi Shaw’s sweet striking of the ball inspired confidence.

T20 matches though, ooze the unpredictability of football’s penalty shoot-outs and sometimes just two-three deliveries can make the difference.

DC boasting Nortje’s pace, Kagiso Rabada’s craft and Avesh Khan’s purple patch would like to dismiss the CSK openers early and target an iffy middle-order. But Jadeja, should the CSK think-tank reach the decision, coming to bat at No 5 could be the antidote.

Vincy Premier T10 League 2020 Live Cricket Streaming: When and where to watch