‘They keep watching Jos score those hundreds and keep asking me why I can’t hit the ball out of the park like him.’

David Warner has scored a hat-trick of fifties in IPL 2022 and is currently in red hot form for the Delhi Capitals, but his daughters Ivy and Indi, who are currently with him in India, don’t think ’60s are enough’.

After smashing a whirlwind 60* off just 30 balls and helping Delhi Capitals chase down the paltry 116 run target set by Punjab Kings in 10.3 overs, Warner said his daughters want to know why their dad can’t score hundreds like Jos Buttler.

Buttler has been the highlight of this season’s IPL so far having already notched up two hundreds. The Rajasthan Royals wicketkeeper-batter has amassed 375 runs in just 6 games at an average of 75 and a strike rate of 156.90. 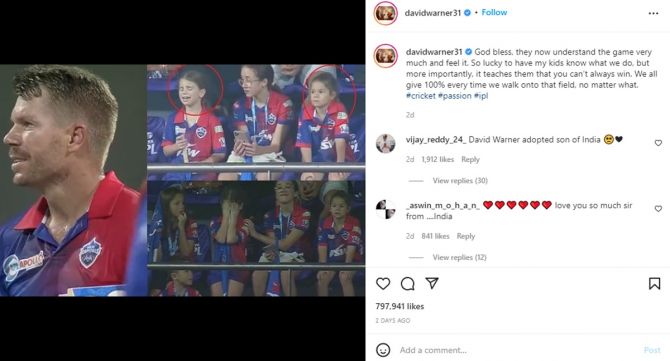 ‘My kids just want to know why I cannot get a hundred. It’s not easy (laughs). 60 is not enough these days. They keep watching Jos score those hundreds and keep asking me why I can’t hit the ball out of the park like him. It’s great that the little ones around the world keep watching this game,’ Warner said at the post-match presentation at the Brabourne stadium after DC’s commanding 9 wicket victory on Wednesday night.

On Saturday, during DC’s match against RCB, Ivy Mae and Indi Rae appeared in the stands, their first appearance in the stadium for DC. As Warner got out, the kids were captured on camera looking heartbroken.

Warner came up with an emotional post where he gave his frank assessment to the situation.

‘God bless, they now understand the game very much and feel it. So lucky to have my kids know what we do, but more importantly, it teaches them that you can’t always win. We all give 100% every time we walk onto that field, no matter what. #cricket #passion #ipl,’ Warner posted on Instagram. 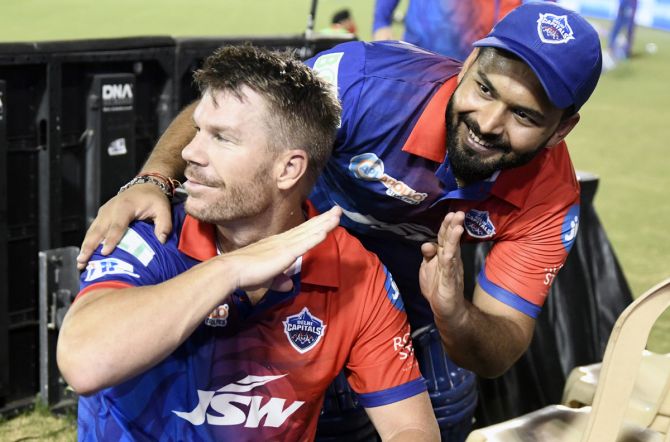 In the dressing room, Warner celebrated the thumping victory against the Punjab Kings in typical style, imitating the signature step from Allu Arjun’s blockbuster Pushpa. 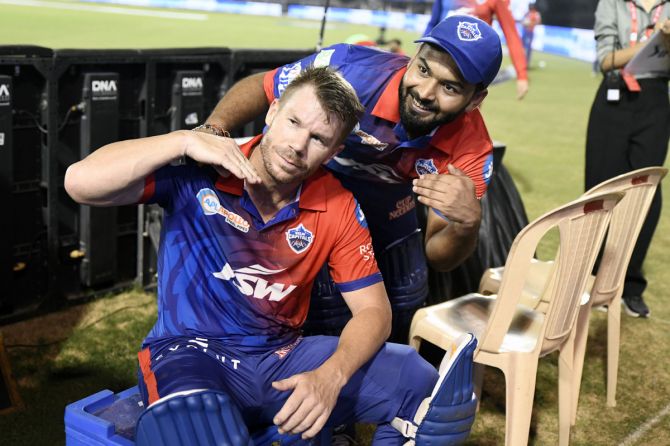 ICC World Cup 2019: Will approach all our games like we do against India – Sarfaraz Ahmed

Badals pushed on the back foot as ‘taksali’ leaders voice dissent