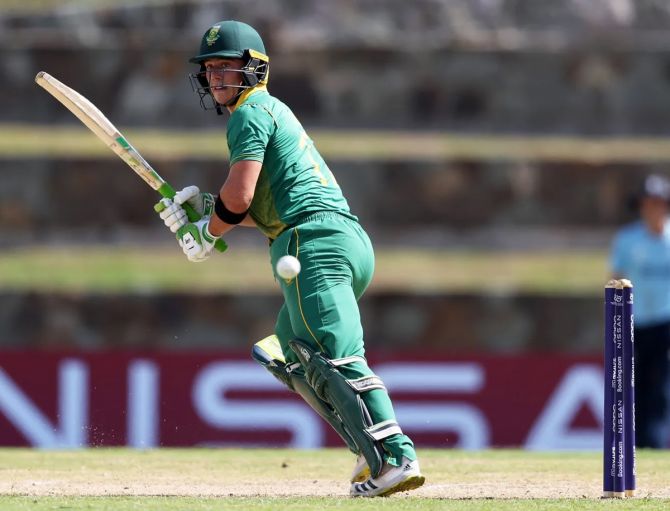 Initially registered for a base price of Rs 20 Lakh, the right-hand batter led to a high-voltage bidding war between Punjab Kings and Chennai Super Kings. But it was Mumbai Indians who snapped away the youngsters for Rs 3 crore.

Dewald had an impressive run in the recently-concluded Under-19 World Cup in the Caribbean. The Proteas colts might not have made it to the knockouts but the 18-year-old ended the tournament as the highest run-scorer, amassing 506 runs in six games, including two hundreds and three half-centuries.

He was also adjudged as the Player of the Tournament.

Brevis has many similarities with how AB used to bat. With a wide-legged stance, smooth bat flow and exquisite stroke-play, Brevis has been labelled the next big thing in the cricketing world. However, the 18-year-old says he never intentionally copied ABD.

Scanty rains in Mumbai for rest of the week: IMD