Creative, surprising, original, and never dull. Left-arm seamers have made every edition of the World Cup since 1999 truly spectacular. In line with a tradition that seems to have begun in 1999, these bowlers have lit up the 2019 version.

But this is not the first time that left-arm seamers are proving to be a powerful weapon in a World Cup. India’s Zaheer Khan also topped the charts for most wickets in 2011.

Left-arm quicks first took 100 wickets in the tournament for the first time four years ago. In 2015, 102 batsmen fell victim to left-arm fast bowlers at an average of 20.46. In the list of eight bowlers who have picked up a five-wicket haul in World Cup 2019, five are left-arm fast bowlers, two are right-handed and one is a left-arm orthodox spinner. Starc and Rahman lead the pack with two each.

Left-arm pacers have also topped the bowling charts in six of the last eight World Cups, including this one:

But what makes left-arm fast bowlers so successful?

While facing a left-arm fast bowler, the ball is always going away from the batsman, sowing that little seed of doubt. A right-hand batsman has to open up his stance, otherwise, the point the ball is delivered from creates a blind spot for the batsman.

Moisture in the air or pitch, as witnessed in quite a few grounds in England also helped the ball to move laterally through the air. The new ball also swung more.

In the death overs, their natural variations were very useful as they tailback into both right and left-handed batsmen, and their yorkers are difficult to get away.

“Most batsmen develop their technique against right-arm bowlers and they neglect the left-arm angles,” said former Pakistan captain Javed Miandad. 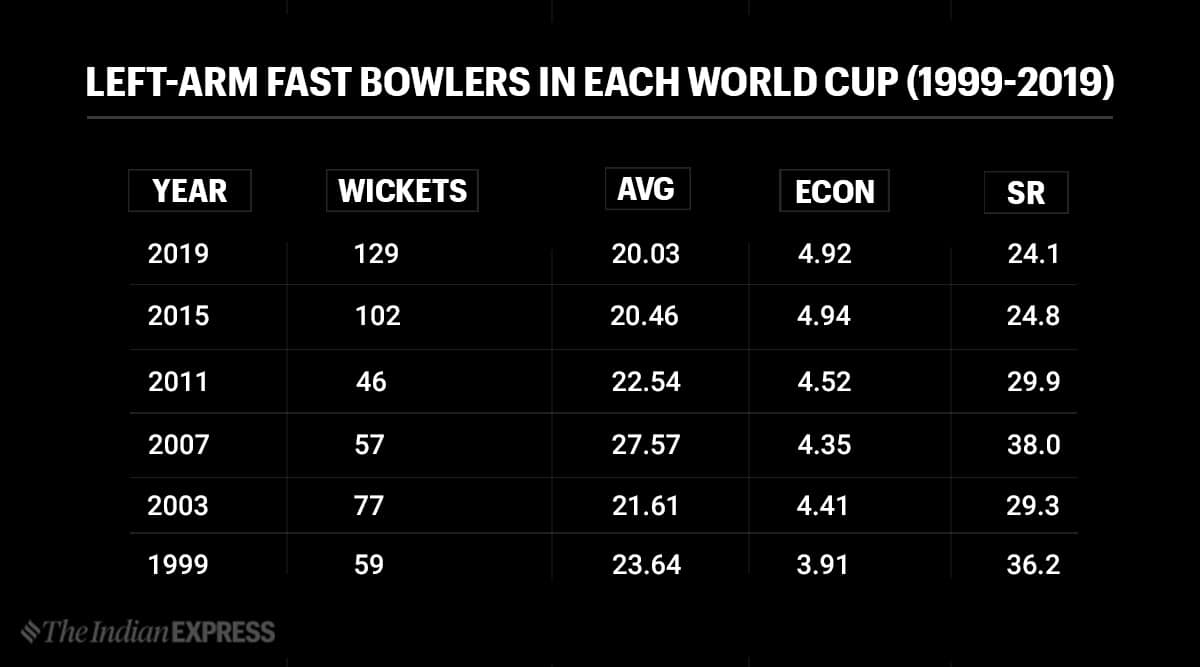 Ravidas temple row: Goel to give one-month salary for construction

A bitter harvest for nutmeg farmers

BJP ally in UP meets Congress, says free to choose own path