It was another frustrating night for Virat Kohli at the Brabourne stadium on Friday, May 13, 2022, night as he failed to carry on after getting off to a start to continue his horror run with the bat in IPL 2022.

Kohli looked to have regained his form as he played a couple of his trademark shots — the cover drive for a four against Punjab Kings pacer Arshdeep Singh and the flicked six over midwicket off spinner Harpreet Brar.

Once again, luck was not on Kohli’s side as he perished in bizzare fashion. Making room to pull Kagiso Rabada, he was struck on the hips but not before the ball brushed his gloves and went straight to Rahul Chahar at short fine leg.

Kohli just couldn’t believe his luck as he made his way back for 20 from 14 balls with RCB suffering a 54 run thrashing.

Kohli constantly looked up as he made his way back, asking: ‘What else do you want me to do?’

RCB Captain Faf du Plessis revealed that Kohli is not overly stressed over his poor run with the bat in IPL 2022 — 236 runs in 13 games at an average of 19, including three golden ducks.

‘He is seeing the lighter side of it, every single way that you can possibly get out, is happening to him. That’s how the game works.’

‘All you can do is to keep trying hard, work hard and stay positive. He played some good shots tonight, obviously would want him to carry on. Bad patches happen to all of us, he’s taken it in the right note.’

Check out Kohli’s reactions after his dismissal: 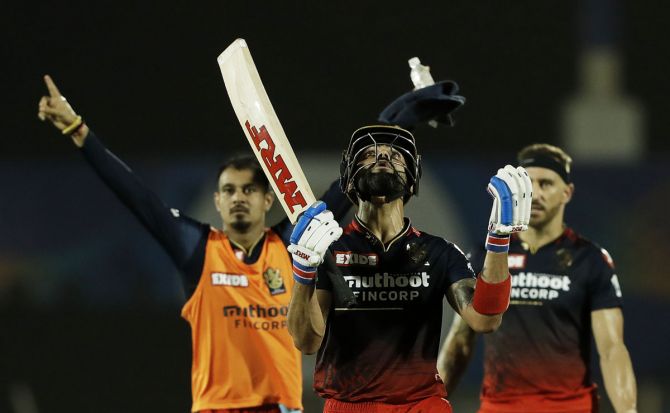 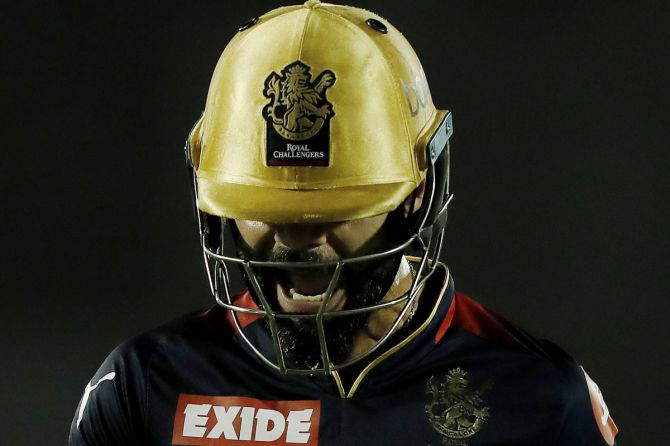 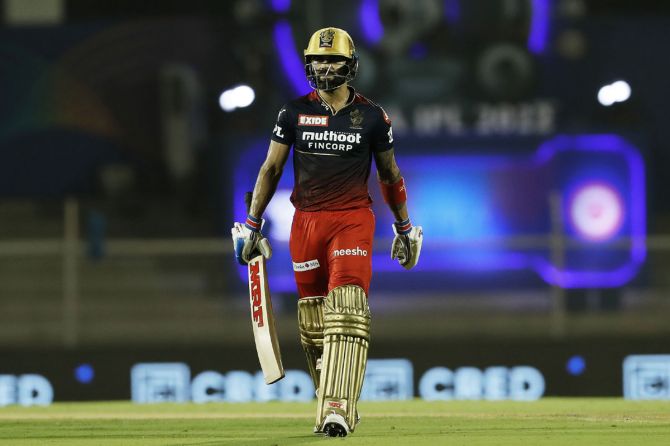 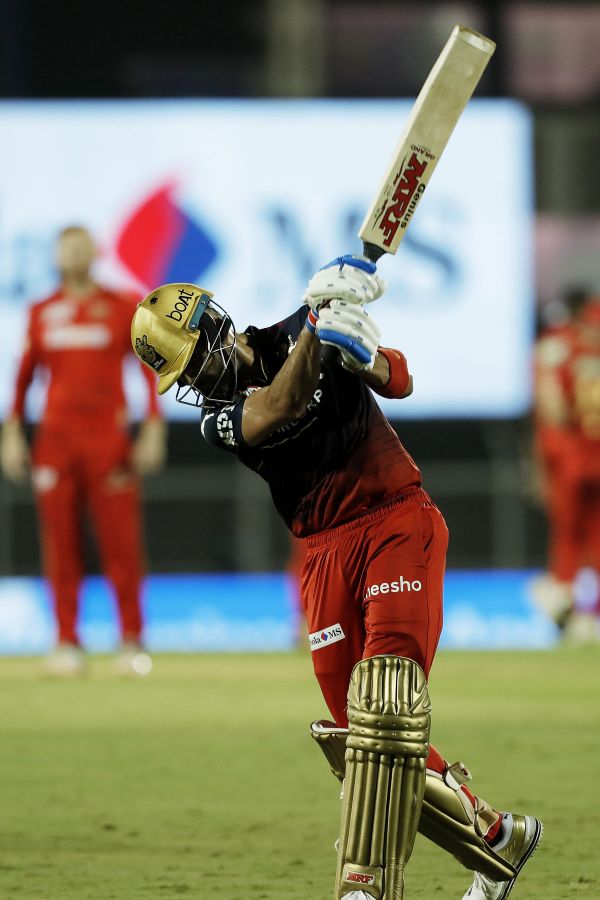 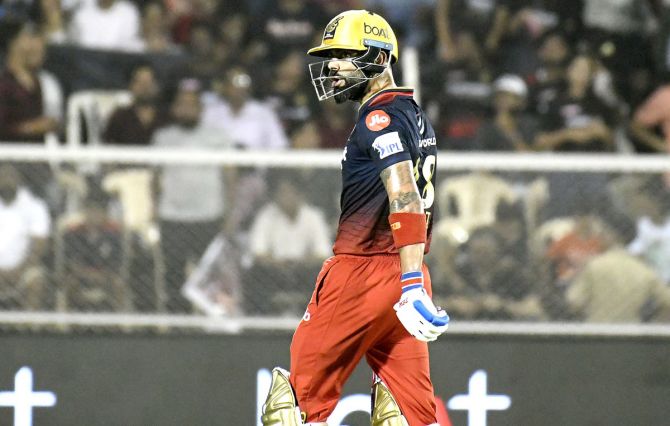 SEE: Sachin Tendulkar’s tribute to the ‘five women’ in his life

Mamata Banerjee to visit SSKM every week for review