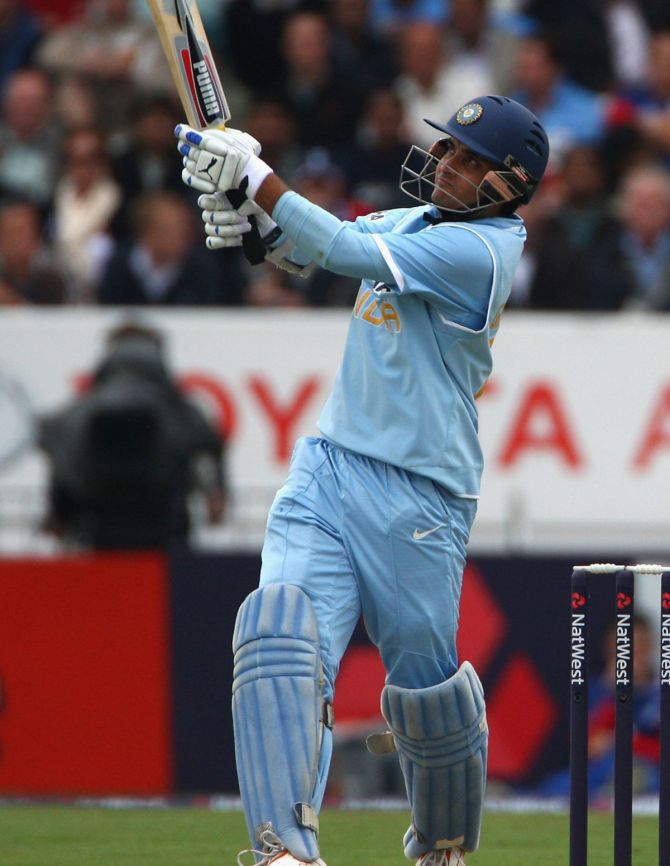 Sourav Ganguly wants to be a cricketer in his next three lives.

Dada posted an image of him hitting his trademark lofted shot over the leg side in the fifth ODI against England in Leeds on September 2, 2007.

‘Wish I can do this for the next 3 lives,’ Dada, currently the BCCI president, captioned the post on Instagram.

Ganguly is one of India’s most successful captains, leading the country to 21 victories in 49 Tests and 76 wins in 146 ODIs.

He led India to 11 Test wins away from home, with only Virat Kohli bettering the mark with 13 overseas wins as India Test captain.

He is part of an elite group of only nine batsmen who have breached the 11,000 mark in ODIs, while amassing 7,212 runs in Test cricket.

Ganguly and Sachin Tendulkar were one of the most successful opening pairs in ODIs, scoring more than 6,000 runs in 136 innings with 21 century stands.

Scientists reveal regions of the brain where serotonin promotes patience

Farmers to hold Mumbai convention to highlight their plights

Strictly Come Dancing: Chris Ramsey is eliminated in the semi-finals