The visuals of Dravid swatting the ball to the cover boundary, raising his gloved hands and planting a kiss on his old navy blue India cap would get branded on the nation's retina forever. 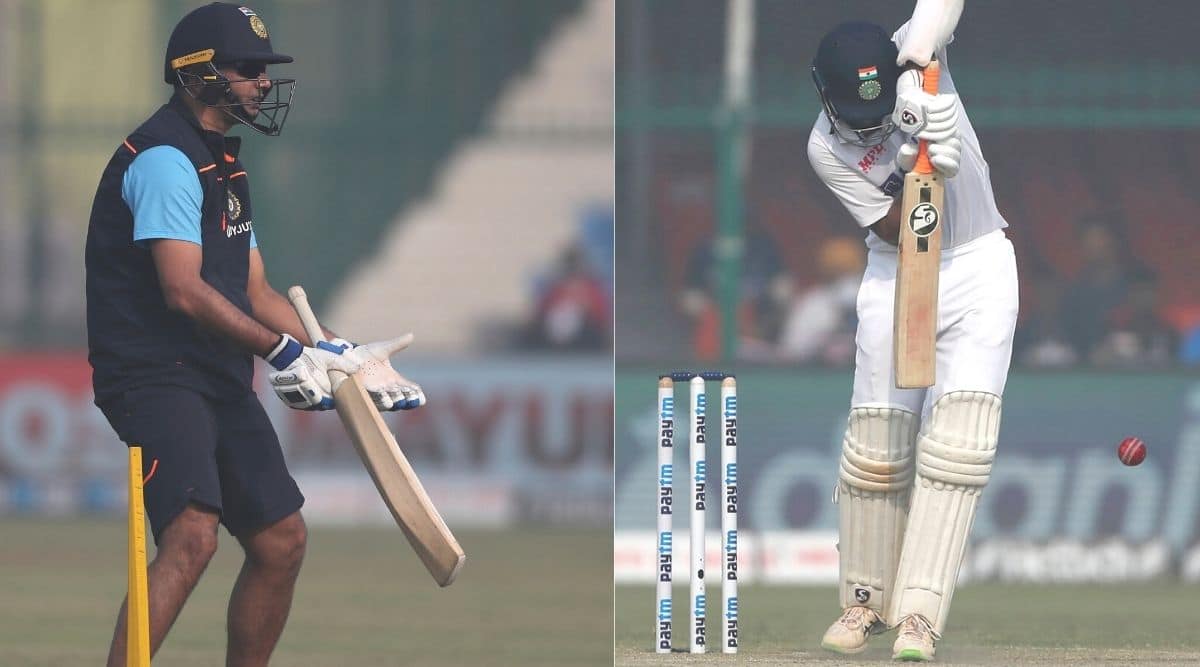 There’s a priceless old nugget involving Rahul Dravid from Steve Waugh’s farewell series in 2003 that needs to be pulled out of the vault. At Adelaide, after his epic 233 in the first innings, Dravid would also hit the winning runs in the second – Stuart MacGill’s rank bad ball was sent to the fence with contempt. It was India’s first win Down Under in 23 years. The visuals of Dravid swatting the ball to the cover boundary, raising his gloved hands and planting a kiss on his old navy blue India cap would get branded on the nation’s retina forever.

What the fans following the game on television didn’t see was the marble-faced Waugh’s thoughtful gesture. The Aussie great, a man of few emotions, would retrieve the ball from the drain around the boundary and hand it over to Dravid. For the lovers of symbolism this wasn’t merely an act of sportsmanship, it was the passing of baton between two master practitioners of the endangered art of batting time.

About a decade later, in January of 2012, Dravid would hang his boots for good. Later that year, India would punt on a youngster with old-school batting principles to replace him at No.3. Cheteshwar Pujara, sandwiched between Gambhir, Sehwag and Tendulkar Kohli, would score 159. He batted for 6 hours and faced 300 plus balls. The baton that Dravid got from Waugh was passed on to Pujara.

These were resilient men with gravitas. They showed the world that Test matches couldn’t always be swayed by scoring quickly and giving bowlers enough time to take 20 wickets. They can also be decided by pacing the innings perfectly to shut out the opposition from the game and not giving them time to bounce back.

After watching them bat through the day, you might not remember the strokes they had played but walk out of the stadium feeling the weight of their innings. They didn’t wear courage on their sleeve, it was hidden in the storyline of their draining innings. They weren’t your ‘busy’ cricketers with fast twitch muscles and six-packs. As English cricketer and writer Ed Smith said on Dravid’s retirement, “he was cricketer first, athlete second”.

Another decade is about to fade away. Pujara’s Test count is in the 90s, and he is nervous. These days he trends whenever he gets out. Regularly hyphenated with the other 33-year-old out-of-form team mate Ajinkya Rahane, his place in the side is being constantly questioned. Pujara and Rahane are very different players but nuance isn’t a trait associated with arm-chair critics with unverified anonymous social media accounts.

Rahane was once a certified all-format player. Pujara, like Dravid before him, never seemed at ease in colour clothing. They seemed to be born to bat in whites. Reporters over the years have leaned on strike rates to criticise them. On the terraces, the T20 fans, feeling lost at a Test venue, have dismissed them by calling them “tuk, tuk”. There is more Dravid in Pujara than Rahane. Though, the comparison comes with the disclaimer: Both haven’t quite reached the lofty heights achieved by India’s all-time great.

But to stand next to Dravid, you need to have spent time on the pitch, faced an unreal number of balls. The holder of the back-breaking record of facing most balls, 31258, Dravid, in 91 Tests, had dealt with 18660 balls. Pujara’s corresponding figure is 14778. Unimaginably high but not quite Dravid.

But in the present team, his performance is unmatched. If away-wins have been the big focus for the team in the Virat Kohli era, Pujara’s contribution to the cause has been immense. He has more tons and better average than Kohli in India’s victories on foreign soil. The crowning glory of Kohli-Shastri was the first-ever series win in Australia. Pujara with 3 ton in 4 Tests was Man of the Series. If Dravid won a historic Test for India, Pujara got them a series.

Over the years Dravid has had a special eye on Pujara. He first saw his heir apparent much before he became his Team India dressing room mate. While struggling to stand out on the domestic circuit, Pujara was once playing in Bangalore for his long-time employers, Indian Oil Company. Dravid, India captain at the time, was at the same ground to train. He liked what he saw. Pujara had made him curious. He ended up making inquiries. After his jog, he would call a top cricket official from the young batsman’s home association and ask him to take care of him. This other time, when playing against Pujara’s state team Saurashtra, Dravid asked the rival captain to play the rookie batsman at No.3. Grooming young cricketers comes naturally to Dravid, much before he became the under-19 coach post-retirement.

Ironically, just when Dravid was appointed India’s head coach , the chorus about dropping two Test specialists, Rahane and Pujara, got louder. Reports say that there is a buzz in the cricket circles that the two will make the cut for the upcoming tour to South Africa but their inclusion comes with a condition. In case they fail to make a significant contribution to the team’s cause in this crucial away tour, they might get dropped. Abhishek Purohit’s Test match preview gives a timely perspective to the popular ‘sack them’ narrative.

Unlike in the past, when Dravid was an active cricketer, the decision makers don’t have much patience with aging cricketers who take their own sweet time to score runs. This isn’t a lament but an inevitability of the game’s evolution. Shreyas Iyer and Surya Kumar Yadav, on the back of sparkling IPL performances, have got into the Test squad. Iyer’s success in his first Test can possibly see a mass exodus from shortest to the longest format. Understandably, the transition can kick in much before it should be ideally scheduled. 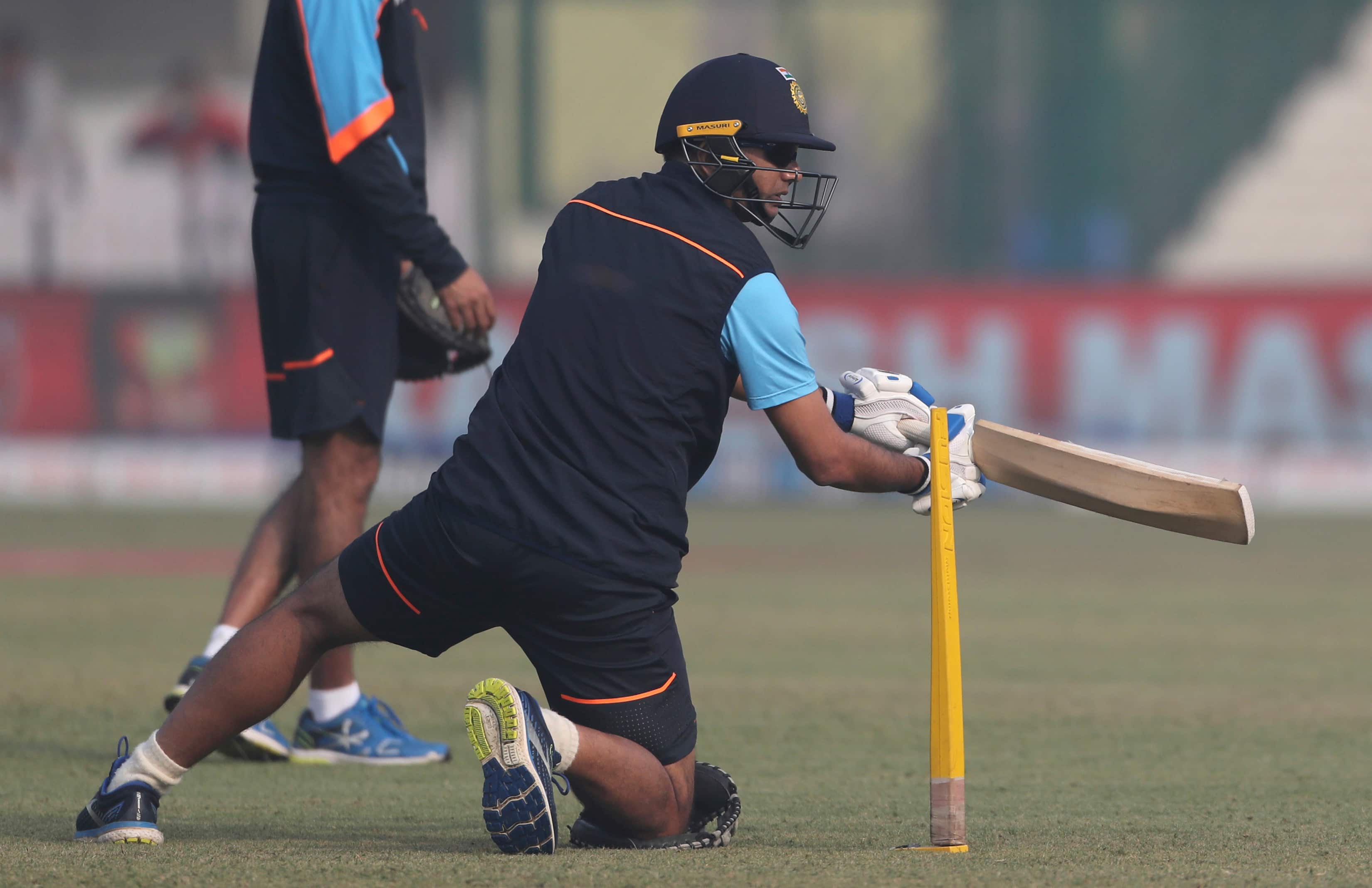 The upcoming tour of South Africa could see a significant shift. The last-of-a-kind of the true Test specialist Pujara will once again be on tenterhooks. Though, with Dravid as the head coach, Pujara would be reassured. He knows he has a believer among the decision-makers. He can expect to get a fair deal. But if his slump continues, Dravid might have to oversee the burial of the batting art he so ardently pursued and advertised all his life.

Do write your feedback to [email protected]

Indian-American Congressman says he supports physical barrier on the border