Joe Root shared a laugh with Australia players after overturning the umpire's decision – the ninth wrong decision in the match. However, the umpires were not to blame for this one. The ball had struck the wicket but the bails had stayed on. 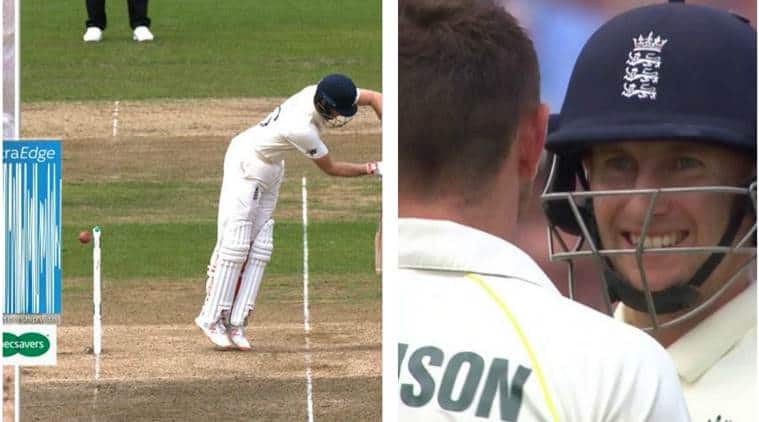 Joe Root had a miraculous escape in the morning session of Day 2 of the first Ashes Test at Edgbaston, when a ball by James Pattinson hit his stumps but his bails were not dislodged.

The umpire had in fact given Root out caught behind, but Root was quick to take the review and get the decision overturned. As replays showed, this would turn out to be the ninth wrong decision in the match, with only four sessions having been played so far. Ultraedge showed Root’s bat had made no contact with the ball.

However, as the replays showed a little later, the umpire had not been to blame for this one. There had indeed been a sound – not off Root’s bat but off the stumps.

Jofra Archer, a sensation on Twitter when he’s not being one on the cricket field, and Gary Lineker were among those who reacted to this incident with surprise.

As what had happened increasingly became clear, with the giant screen playing extended versions of the replay, Root was seen having hearty laughs with the Australia players.

England are creeping up on Australia’s first innings total and will be looking to get into the lead by the end of Day 2 on Friday.

Simon Taufel: Being the best is about making the fewest mistakes

Bihar Board Inter 12th results to be declared tomorrow

Bryan Cranston too busy on Broadway to eat proper meals