Was Portugal’s first goal against Uruguay on Monday wrongly awarded to Bruno Fernandes?

Or did Cristiano Ronaldo narrowly miss out on touching the ball before it went into the net?

Fernandes himself stated that Portugal’s first goal in the 54th minute may have been scored by Ronaldo.

Fernandes was named as the scorer of Portugal’s opening goal after his cross sailed past Ronaldo’s attempted header and dropped into the net with Uruguayan Goalkeeper Sergio Rochet confused by Ronaldo’s leap. 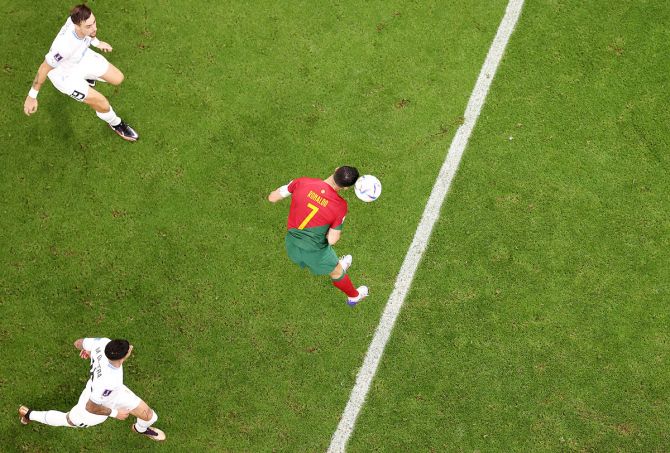 Ronaldo initially appeared to be claiming the goal as he celebrated the opener before Fernandes was announced as the official scorer on the stadium’s loudspeakers.

The goal would have seen Ronaldo get his ninth World Cup goal and join the great Eusebio as Portugal’s World Cup record goalscorer.

‘The feeling I had was that Cristiano touched the ball. I was passing the ball to him,’ Fernandes said after the match.

‘What matters is that we’re going through to the next round after playing a very tough opponent.’ 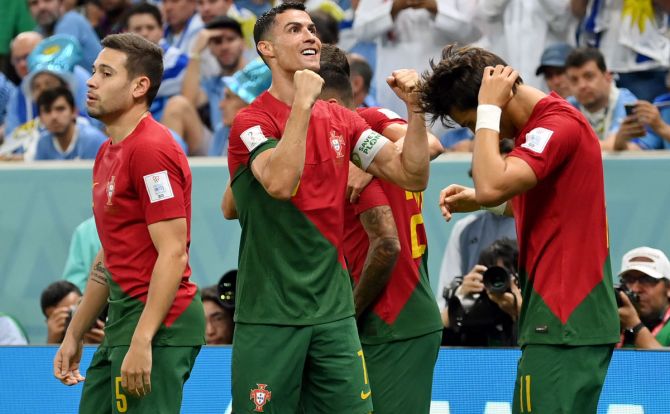 Ronaldo missed another opportunity to score after he was substituted in the second half and Fernandes scored from the penalty spot to steer Portugal to a convincing 2-0 win and seal their place in the last 16.

84 kos parikrama in Ayodhya: plan, its significance, and challenges

How Sunderland fought back after being "bust"