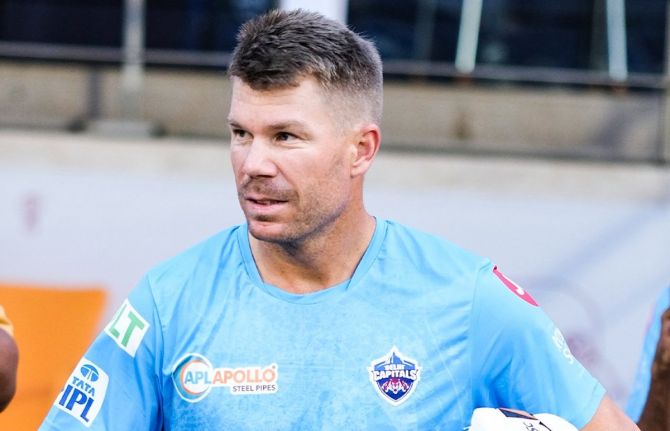 Back to the franchise where his IPL journey began, Australian opener David Warner is looking forward to learn the one-handed shots from his young Delhi Capitals skipper, Rishabh Pant.

The Australian started his IPL career with the Delhi franchise in 2009.

The southpaw is available for selection for Thursday’s game against Lucknow Super Giants.

“I want to learn how to play the one-handed shots from Rishabh. He’s a young guy learning the ropes of leadership and he has been an integral part of the Indian team as well. I am excited and I can’t wait to be bat with him in the middle,” Warner said in a statement. Warner also spoke about the opportunity to work with head coach Ricky Ponting.

“Ricky has had a fair bit of success with DC. He was a great leader for Australia and now he has a lot of respect as a coach. I am looking forward to working with him.”

Speaking about the game against Lucknow Super Giants, the opening batter said, “We just need to put our best foot forward and play a complete game. Fielding is the biggest component of the game and if we can hold our catches and field as well as we can, then we can go a long way in this tournament.”

Another loss but Pique asks Barca fans not to worry

Turkey doubles tariffs on some US imports; lira rallies

Boxing Federation of India to hold elections on December 18

Police file chargesheet in 65 cases against Azam Khan, probe on in 3 pending cases