English Vitality T20 Blast 2019 4th Quarter-Final Live Cricket Score Streaming Online: Derbyshire bowling spearhead Ravi Rampaul will be the one to watch out for as he is the joint-highest wicket-taker in the season 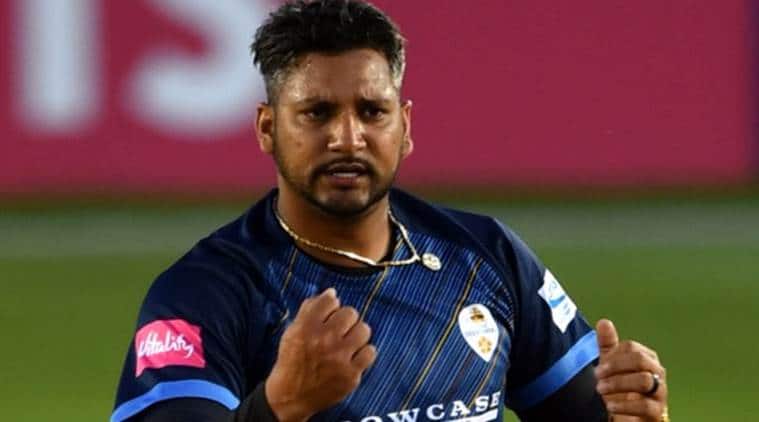 English T20 Blast 4th Quarter-Final Live Cricket Score Online: Michael Klinger-led Gloucestershire take on Billy Godleman-led Derbyshire in the fourth quarte-final of T20 Blast 2019 at County Ground, Bristol. Both Gloucestershire and Derbyshire won seven matches each in their respective group. Both the skippers are the highest run-scorer for their teams in the tournament. Godleman has scored 419 runs from 12 innings including half-centuries whereas Klinger has scored 356 runs from 11 innings including a century and a half-century. In the bowling department, Caribbean bowler Ravi Rampaul is the joint-highest wicket-taker with 21 wickets. For Gloucestershire, David Payne has taken 16 wickets from 12 games.

The Gloucestershire vs Derbyshire quarter-final will begin at 11:30 PM (IST). The toss will take place at 11:00 PM.

Which TV channels will broadcast the English T20 Blast 2019 quarter-final match between Gloucestershire vs Derbyshire?

The Gloucestershire vs Derbyshire quarter-final match will not be broadcasted in India on any television channel.

How do I watch online live streaming of English T20 Blast 2019 quarter-final match?

The live streaming of the matches will be available on respective Youtube channels of the teams.

We understand that players are playing for their careers, says Bangar