Devdutt Padikkal sent a strong message before England ODIs as he slammed his fourth consecutive List A ton when Karnataka beat Kerala by 80 runs in Vijay Hazare quarters. 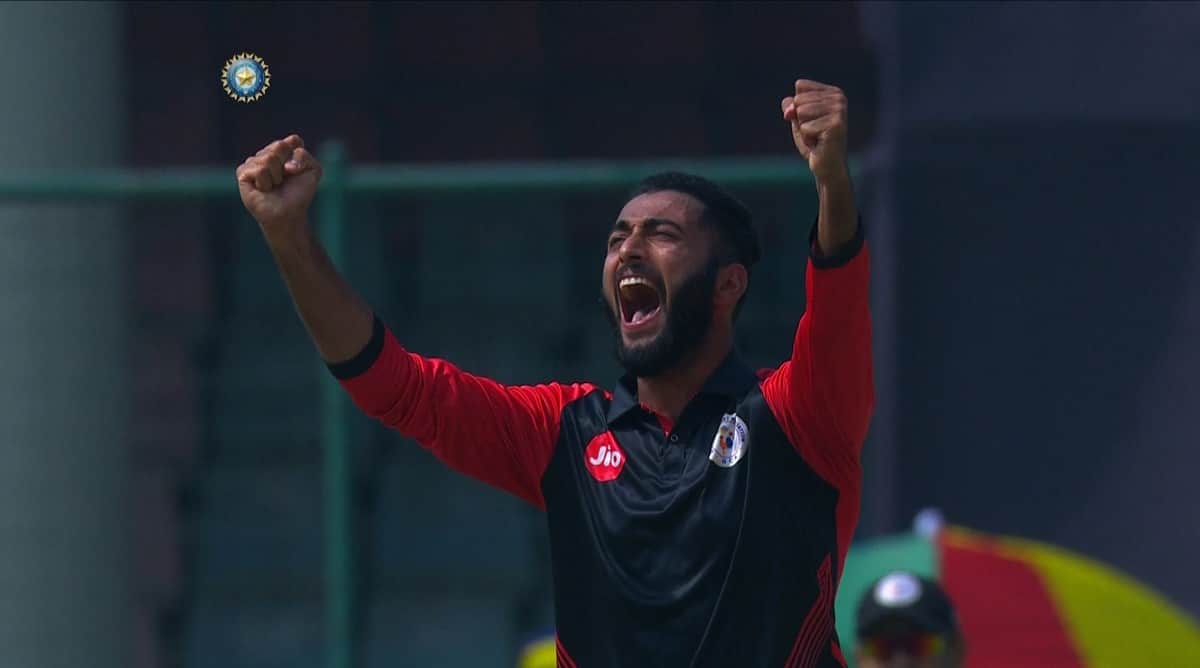 Skipper Priyank Panchal’s stroke-filled 134 and an equally impressive show from the bowlers set up Gujarat’s massive 117-run win over Andhra in the quarter-final of the Vijay Hazare Trophy on Monday.

Gujarat rode on Panchal’s 134 to post a competitive 299 for 7 and then bundled out the opposition for 182, to make it to the semi-final. India Test star and Andhra captain Hanuma Vihari was out for a five-ball duck.

Opting to bat at the Arun Jaitley Stadium, Gujarat lost Dhruv Raval (18) early, after he was dismissed by medium pacer KV Sasikanth (2/55).

However, skipper Panchal took on the Andhra attack and found an able partner in one-drop batsman Rahul Shah (36 off 59 balls;3×4) as the two rallied the Gujarat innings with their 80-run second-wicket stand.

But just when it looked like the duo would take the game away, Andhra slow-left arm spinner A Lalith Mohan (2/55) broke the partnership by trapping Shah leg before.

Despite losing partners at the other end, Panchal continued to play his shots. He hammered 10 boundaries and two maximums in his 131-ball knock even as Ripal Patel (35) and Chirag Gandhi (15) played second fiddle to him, but also failed to convert their starts.

Andhra kept making inroads at regular intervals with medium-pacer M Harishankar Reddy (3/60) being the pick of the bowlers. It was largely due to Panchal’s hitting, that Gujarat crossed the 280-run mark.

It became 36 for 4 as left-arm spinner Hardik Patel (1/27) removed Nitish Kumar Reddy (5) and then Karan Shinde (9) also fell early as Andhra lost its half side for 58.

Bhui’s knock only delayed the inevitable and Andhra were eventually bundled out for 182.

Young opener Devdutt Padikkal sent a strong message to the national selectors before England ODIs as he slammed his fourth consecutive List A ton as Karnataka beat Kerala by 80 runs in a quarter-final game of the Vijay Hazare Trophy on Monday.

Karnataka rode on skipper Ravikumar Samarth’s knock of 192 off 158 balls and a stroke-filled 101 by 20-year-old left-handed Padikkal (off 119 balls) to post an imposing 338/3 and then bundled out the opposition for 258.

Kerala’s decision to put Karnataka into bat at the Air Force ground backfired badly, as Samarth and Padikkal toyed with their attack with a massive 249-run partnership for the first wicket.

Samarth, a 28-year-old right-hander, hammered 22 boundaries and three sixes in his 158-ball knock.

He completed his century in 112 balls and was aggressive right from the start, while Padikkal hammered 10 boundaries and two maximums.

It was a Samarth-Padikkal show as Karnataka were going strong at 196/0 after 35 overs having laid the foundation for a mammoth total.

While Padikkal continued his fabulous show in the national ODI tournament and in the process scored his 4th consecutive List A century and became the first Indian to do so, Samarth surpassed veteran Wasim Jaffer’s unbeaten 170 to register the highest score in a Vijay Hazare knock-out match.

After Padikkal fell in the 43rd over, Samarth upped the ante while Manish Pandey (34 not out) played his role to perfection. Samarth fell in the 49th over but had ensured that his side went past the 315-run mark.

For Kerala, right-arm medium pacer Basil NP (3/57) was the pick of the bowlers, while others had an off-day. Former India speedster S Sreesanth conceded 73 runs in his 10 overs.

Vathsal, who was then joined by Mohammed Azharuddeen (52; 5×4, 2×6), had different plans as they took on the opposition bowlers, and forged a 92-run stand for the fifth wicket.

Seasoned leggie Shreyas Gopal (2/64), however, brought Karnataka back into the contest, by taking two quick wickets.

First, he dismissed Azharuddeen and then Akshay Chandran, while Govind became More’s third victim, as the three dismissal paved the way for Karnataka’s win.

Kerala was eventually bowled out for 258.

Here’s why Dhoni is unhappy with Chennai pitch

Current pacers the best I have seen: Srinath

‘I have plans on what I need to work on’

In the US, how Red States and Blue States differ on gun laws