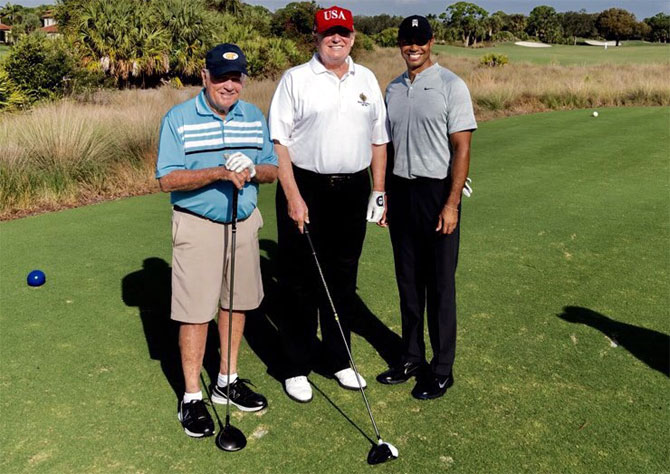 US President Donald Trump hit the golf course in Florida with two of the game’s greats — Jack Nicklaus and Tiger Woods.

Trump on Saturday tweeted a photo of him standing next to the two golfing legends on a tee box, who are his regular golf partners.

This was the first time that Nicklaus and Woods have played together since 2002 in an exhibition event in California.

The last time Nicklaus and Woods played together in an official event was the 2000 PGA Championship.

Ranji Trophy: Mumbai-Railways, UP-Saurashtra games to have late starts due to solar eclipse

Shashank Manohar steps down as ICC Chairman after four years

IIT-M team comes up with new brake system for EVs

Kurnool gets 50 cusecs from Gajuladinne reservoir