A brief morning shower on Friday forced them to cancel their evening practice session, and the recovery process post has suffered a lot. 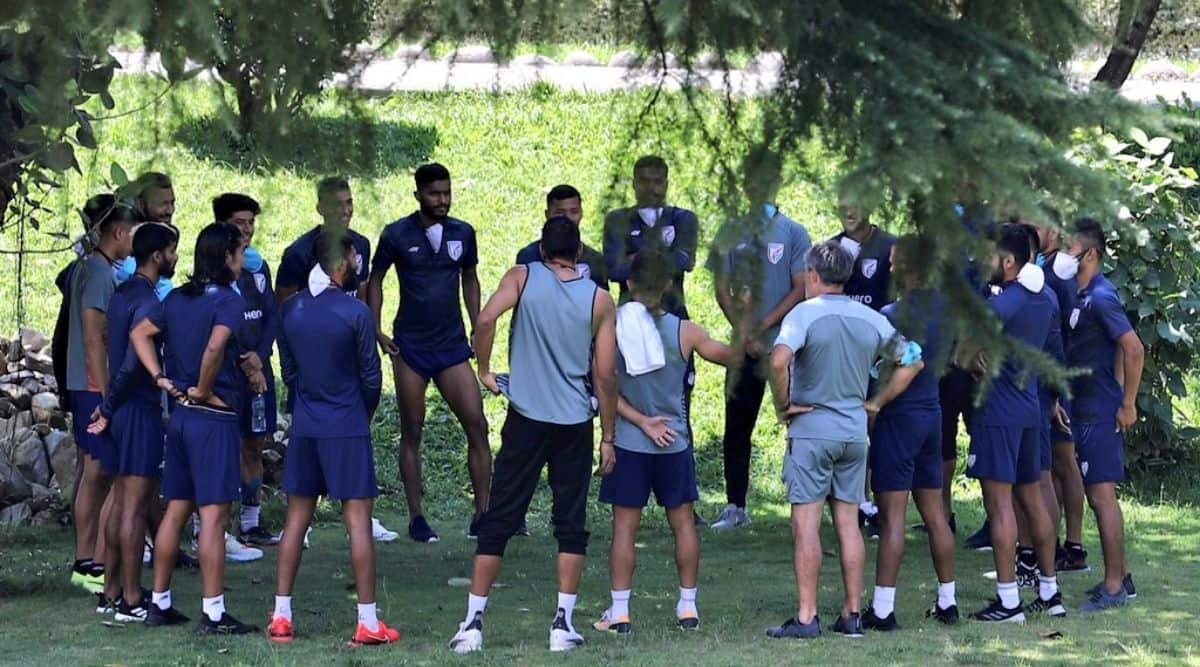 The Indian football team’s practice session ahead of the second international friendly, scheduled to be played against Nepal on Sunday, has hit a major roadblock owing to the lack of basic practice amenities in Kathmandu.

The Blue Tigers haven’t been able to get a practice field since their first match on September 2 and have been stuck in the team hotel since then.

A brief morning shower on Friday forced them to cancel their evening practice session, and the recovery process post has suffered a lot.

Though it looks decent from the surface, the heavy and wet underfoot conditions at the practice pitch made available to India at the Army Headquarters is extremely dangerous with almost the entire boot of the players being submerged in water the moment they take the field.

With that risking injuries, the team management is equally concerned and confused as to how to go about the situation.

PTI has learnt that the head coach has been extremely upset at not being able to get a decent pitch to practice.

Further, the main pitch at the Dasharath Stadium is almost equally bad. The Indian contingent had put in a request to practice at the main stadium but that was disallowed by match officials citing that an hour’s practice will make the pitch unplayable on match day.

Interestingly enough, the Indian players had picked up pieces of big pebbles prior to the official practice on September 2, and even the entire ground wasn’t available for practice.

PHOTOS: Why Mercedes caused a stir in F1 testing

We should ask ourselves: what is the Indian way?

Exclusive – It will be unwise to underestimate India at AFC Asian Cup: Goalkeeper Gurpreet Singh Sandhu

India, US 2+2 dialogue will be productive: Officials