Despite losing wickets at regular intervals, Punjab Kings kept up their aggressive batting as they cruised to a rather comfortable victory with 29 balls to spare.

Having said that, the ploy could have backfired considering that PBKS had lost five wickets and the remaining batters in the dug-out — Harpreet Brar, Nathan Ellis, Kagiso Rabada and Arshdeep Singh — are not known for their batting prowess.

Had Hyderabad managed a couple more wickets, they would have had a genuine shot to clean out the tail-enders.

Thankfully, Punjab had Liam Livingstone to thank for ensuring that the final verdict of the match did not go down that route — his efforts single-handedly turned the tie in the space of a single over.

As Romario Shepherd came in to bowl the 15th over, Punjab needed 25 runs to win. Shepherd started off with a wide before delivering a full length ball which Livingstone cut away for four towards the third man boundary. 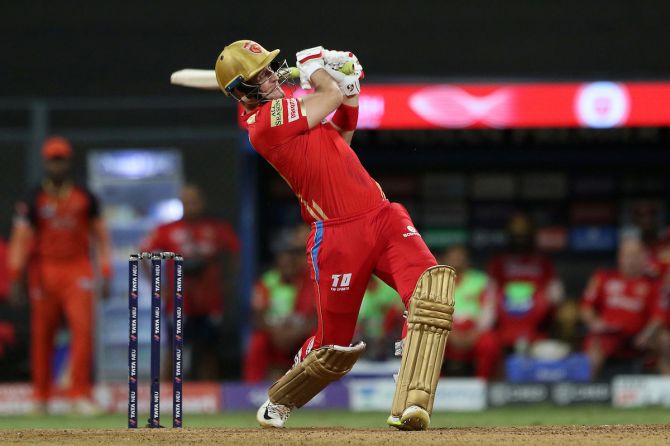 Following a dot off the next ball, Livingstone flicked the fourth delivery on the off-side in the gap at point, earning two runs in the bargain.

The fourth ball was pitched up and immediately hoisted for a huge six over long-off. It was also the 1,000th six of the IPL 2022 season.

The fifth ball was directed at the pads and Livingstone flicked it away effortlessly for a four at fine leg.

The final delivery was a yorker and at this stage, Livingstone was in possession of the Midas touch as he smashed yet another six to long-off to end the over in style.

Two sixes, two fours plus the wide and the couple run would come off the over that added 23 runs to the total. From 25 needed at the start of Shepherd’s over, Punjab now only needed two to win.

As Prerak Mankad took the strike at the start of the next over, Livingstone watched with glee as his partner hit the winning runs of the tie with a boundary off Umran Malik.

Rishank Devadiga is UP Yoddha captain

If you feel the love, say what you feel: With Love by Simran Mangharam