At the moment, Premier League is suspended until April 30, but with the National Health Service saying the UK would do well to keep the coronavirus death toll below 20,000, the future looks uncertain. To void the season or to freeze it, or extend it even if it runs into late autumn; the Premier League is caught in a quagmire. At the moment, the competition is suspended until April 30, but with the National Health Service (NHS) saying the UK would do well to keep the coronavirus death toll below 20,000, the future looks uncertain.

Can the season be voided?

The Premier League rulebook doesn’t have a provision to void the season. However, it is learnt that a 14-club consensus can allow the authorities to make the season null and void.

The Coronavirus pandemic has created an extraordinary situation, but voiding the season could have serious legal implications. The Premier League has 20 clubs in its fold and to start with, those not in favour of writing off the season will sue. 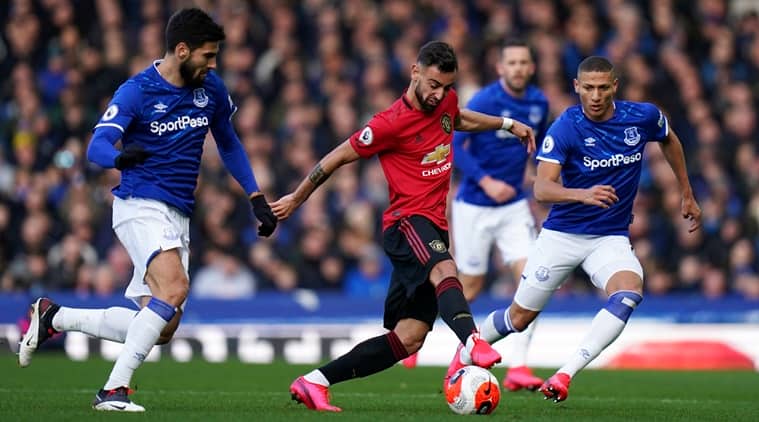 Also, all the goals, assists and saves will have to be deleted from the record books.

How many clubs favour a write-off?

According to a report in The Independent, at least four clubs are in favour of voiding the season. West Ham United vice-chair Karren Brady was the first to back a write-off, through a newspaper column earlier this month. Backlash ensued. But of late, the idea is reportedly gaining momentum. Former Manchester United and England centre-half Rio Ferdinand has called for the 2019-20 season to be scrapped. Even Spurs’ Harry Kane is now supporting it.

What are the financial and legal implications?

Last season, the Premier League’s central payment to the clubs, the broadcast and commercial revenue share, was in excess of £2.4 billion. It included equal share, facility fees, merit payment, international TV and central commercial. By a rough estimate, if the ongoing season is voided, the clubs collectively will suffer a revenue loss of £1.2 billion. This is a reason why a majority of the clubs still want to complete the season.

The Independent reported last week that the Premier League might have to pay back broadcasters £762 million if the season is not finished. So there remains a scope for future legal wrangling. And this is why finishing the remaining matches behind closed doors is reportedly being mulled.

Can they freeze the season?

On Tuesday, the Badminton World Federation (BWF) froze the world rankings. But the Premier League, arguably the world’s most popular sports competition and also one of the richest, is a different ball game.

Freezing the Premier League season, as it stands, will mean handing over the title to Liverpool and that’s the easier part. With 82 points from 29 matches, Liverpool have all but taken an unassailable lead and are basically just two wins away from securing the title.

But with five clubs – Manchester United, Wolverhampton Wanderers, Sheffield United, Tottenham Hotspur and Arsenal – vying for a top-four spot, freezing the season will deny them the chance to qualify for the Champions League next season.

A club like Manchester United can face a revenue drop up to £67 million if they fail to qualify for the Champions League. In this time of economic depression, that’s a huge amount to lose.

In the bottom half, six clubs – Brighton, West Ham, Watford, Bournemouth, Aston Villa and Norwich City – are locked in a relegation scrap. If the season is frozen, there will be no relegation and the bottom-placed clubs’ revenue from the Premier League next term will be secured.

At the same time, the authorities will have to freeze the season lower down the line too, which means toppers in the Championship – Leeds United and West Bromwich Albion, for example – will miss out on promotion and their share of the Premier League revenue. The same rule applies in case the season is made null and void.

In any case, the Premier League unilaterally can’t write-off the season. The Football Association and the English Football League, too, must agree.

Can the season be extended?

Gary Neville wants the season to be extended and has come up with a set of suggestions: “finish this season in a short time frame when safe – condense next season if needed – open transfer window from May and run it all the way through 20/21 to give clubs agility – extend player contracts to complete 19/20 – financial packages for clubs in need inc non-league,” the former Manchester United and England right-back tweeted a few days ago.

So far, these are the most logical suggestions on board. Player contracts expire on June 30, but according to a Reuters report, an internal FIFA document, presented to its Coronavirus Working Group, has proposed the extension of current contracts for players and coaches until the end of the delayed domestic season.

With the European Championship being postponed until 2021, there’s a window available. But there’s a school of thought that the authorities can’t wait indefinitely. Nobody knows when the Coronavirus problem will run its course.

IPL 2020: ‘Not many understand the emotion’ – Virat Kohli after historic achievement in T20s for Royal Challengers Bangalore

UP private varsities bill: Why will we allow dubious activities, ask varsities