The Pakistan-Afghanistan game has a history of rival fans clashing. Extra security arrangements were made from the start. 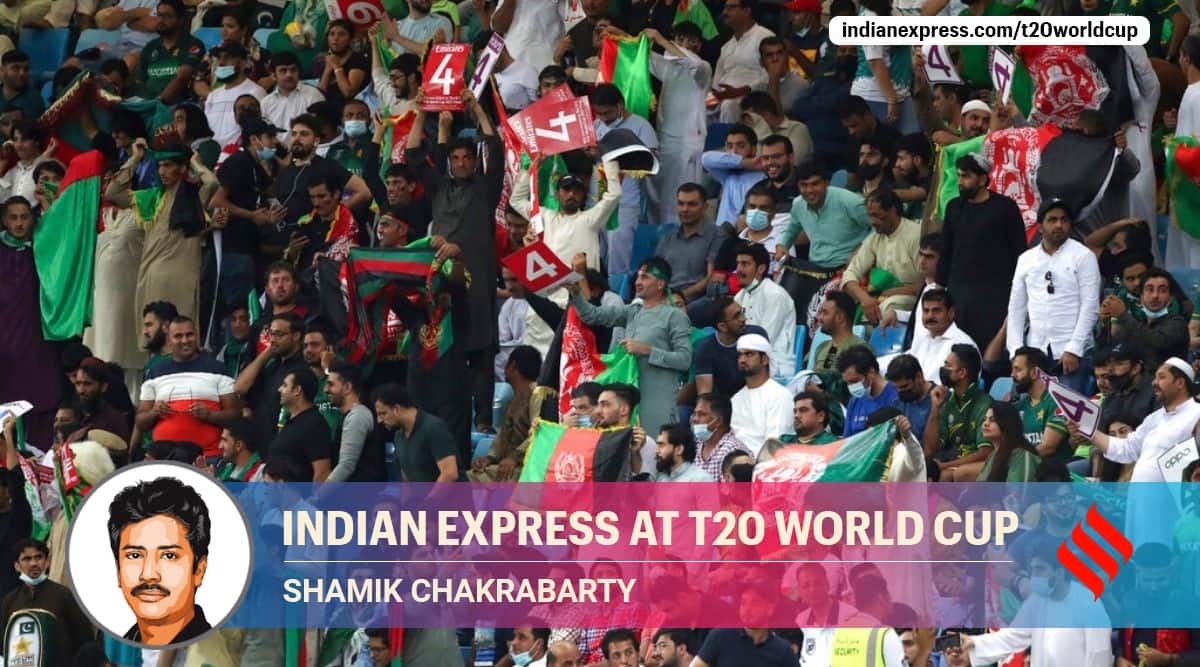 According to sources, large chunks of Afghanistan fans tried to force their way into the stadium through Enclosure B. The Dubai Police had to be called to cordon off the area. Outside the ground, some genuine ticket holders complained that they couldn’t get in.

The Pakistan-Afghanistan game has a history of rival fans clashing. Extra security arrangements were made from the start. Probably for the first time in this T20 World Cup, the Dubai Mounted Police made its appearance.

Fans started to throng the venue from 2 pm local time, four hours before the start of the match. Afghan fans were outnumbering their Pakistani counterparts. A lot of people were asking for tickets near the stadium entrance. It was a full house at 70 percent capacity. Outside, several hundreds of fans waited.

When contacted, an ICC insider said: “We are waiting for a report from our security.”

ICC issued a statement saying, “More than 16,000 tickets had been issued for tonight’s game between Pakistan and Afghanistan. However, thousands of ticketless fans traveled to the venue and then attempted to force entry into the stadium.

“Dubai Police and security staff secured the stadium to ensure the safety of everyone inside and brought in significant additional resources to disperse the crowd and calm the situation.

“At approximately 7pm, Dubai Police directed that all gates should remain closed and no further entry was permitted to maintain a safe and controlled environment inside the venue.

“The ICC has asked the ECB to undertake a thorough investigation into tonight’s events to learn any lessons and will work closely with authorities to ensure there is no repeat of this situation in the future.

“The ICC, BCCI and ECB apologise to any fans with valid tickets who were unable to enter the stadium tonight and request they contact the ticket provider.”

India vs South Africa: Stark contrast to India’s prowess home and away

India vs Bangladesh: India test the contours ahead of pink-ball Test

Not comfortable in Delhi, Kane Williamson, 3 other Kiwis fly out to Maldives