Armed with a YouTube channel and the IPL as an ally, vloggers across the world have cashed in on the marquee event. 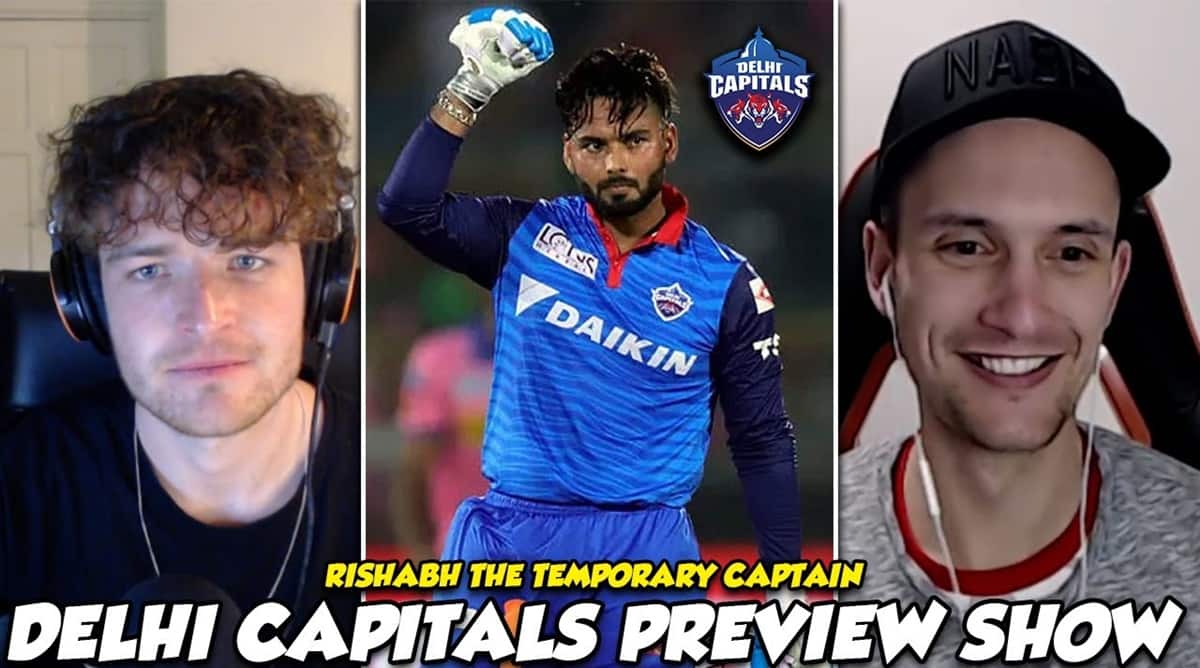 There are Knight Riders in Japan too. Mumbai-born Vinay Nair chose the Kawasaki Knight Riders name for his less-than-a-year-old cricket club simply for the initials.

“Everybody here who follows cricket suddenly jumped up.’ How did KKR come to Japan?” laughs Nair, the president-captain of the Tokyo-based club.

“It attracts people. We don’t have a social media team yet. But the YouTube channel that uploads our matches puts ‘KKR’ in the title. Our videos get more views than any other team in our division.”

Call it bandwagon-hopping, jostling for a slice of the pie or having a finger on the thumping pulse of sports. YouTube channels worldwide are hooked to Indian cricket, specifically the Indian Premier League (IPL), uploading team-by-team breakdowns, previews and analyses – all in the hopes of Indian viewers flocking in droves.

Take ‘Cricket for Americans’ as an example, an offshoot of the popular ‘Boring Reviews’ YouTube channel that has two Americans review (mostly) Indian films and movies.

“…we have built a substantial audience from people from India. Pakistan, New Zealand, Australia. In that journey, we have learnt about cricket,” the host explained the new cricket-only channel last April. In a year, Cricket for Americans has uploaded 377 videos: nearly half of the catalogue is about Indian cricket and one third about IPL exclusively. In a year, the host, too, has become a die-hard Mumbai Indians fan while the co-host supports CSK and “hates MI with a passion”.

On Tuesday, the channel celebrated reaching 10,000 subscribers. The idea is to introduce cricket to Americans, but the predominant viewership can be gauged by the ‘Baseball explained’ videos they’ve added to their repertoire.

Then there are channels that are putting their own twist on the formula.

Daniel ‘Dan’ Jadzevics, a 31-year-old from West Sussex, runs the WeCricket channel and the Golden Ducks podcast with Kieran ‘Kez’ Hornsby. The two “mates for ages”, known for hilarious banter and engaging content, are busy preparing for the upcoming IPL season. The eight ‘team breakdown’ and prediction videos are out, podcast ideas have been listed and a live ‘watch along’ session with fans on streaming website Twitch is planned.

“It’s been quite manic,” says Dan. “The last few months, coming straight off the back of Australia versus India, England in Sri Lanka, straight on to India versus England. And now IPL. I don’t think this year we’re in a position to watch all the games, unfortunately. Any of those we do watch, we will review them at the end of the game.”

The WeCricket channel, which began as ‘WeCoachCricket’ aimed at cricket coaching, is at 272,000 subscribers currently. Last July, Kez left his job as a teaching assistant at a primary school. Dan, a consultant on a pension fund, will soon join his partner in going full-time for the channel.

In addition to their tongue-in-cheek discussions and analysis, Dan and Kez are known for their ‘backyard matches’, where the pair would don respective jerseys and play out games between nations or IPL sides. The IPL videos are often titled ‘Better than the real thing’.

There’s also a famous video titled ‘Why we HATE the IPL’, the comment section of which is filled with aggrieved Indians.

“It is clickbait at the end of the day, there’s no real secret to it. We would rather make a video titled ‘The 10 reasons why we absolutely love the IPL.’ But we tried them in the past, they just don’t get the interaction than what it would do if you put a controversial or an edgy title,” says Dan. “We do try and pride ourselves in for those that are able to look past the eight words in the title. Because we do think it provides what we hope is actually an honest, impartial and fun analysis.”

Dan knows his audience. ‘The Ashes’ content of course fares well. But an ‘India’ reference in the title or thumbnail is always better. WeCricket’s most viewed backyard match was the ‘India v Pakistan 2019 World Cup clash’.

“That’s the biggest one that we’ve had by some distance. I think it’s getting on for about 800k views now,” says Dan. “It would be fair to say that if we do make content that includes the Indian teams and their fans and players, then they will probably do better than what they would do if we were doing things like England versus New Zealand and Pakistan versus South Africa or something like that.”

Last September, Sawera Pasha — a broadcast journalist in Pakistan who has a YouTube channel with 155,000 subscribers — posted a video titled “Why am I COVERING IPL?”

“Everybody is riding the bandwagon of views. But this is not the first time for me, covering IPL is nothing new to me,” Pasha says in a video directed at those questioning her IPL coverage.

“Everyone has a right to say what they feel,” Pasha tells The Indian Express. “I covered the initial seasons of IPL for Geo TV. I also look at all Pakistan matches. If IPL is on and there’s no cricket, why wouldn’t I talk about it? You also focus on what the YouTube algorithm says. People say, ‘why aren’t you covering Sri Lanka vs South Africa, or England vs New Zealand?’ My content is in Urdu and Hindi, why would a New Zealander listen to me?”

Pasha says about 75 per cent of her viewership is from India — “The amount of love and respect I get from India, it’s heartening because ‘cricket without borders’ is the slogan I go with” — but believes the mushrooming YouTube channels looking to tap the Indian demographic don’t go far.

“Aap channels dekhe jo khaali-peeli sirf tareef kiya ja rahe hain, they don’t get views. Because you can’t keep going ‘wah, wah‘ even for bad performances,” says Pasha. “They fizzle out. Firstly, a cricket fan would see through it and get bored. Secondly, people don’t realise that this is harder in some ways than going to the studio. You create content, you edit it, upload and think of other ideas. YouTube is not easy.”

Pasha believes the relationship between IPL and YouTubers is a symbiotic one.

“People who aren’t able to watch it, or miss matches can simply go to their favourite YouTube channels and get the news and analysis rather than search for highlights,” says Pasha. “Across the world, such channels are taking IPL to their viewers. If the YouTuber is benefitting from IPL then the tournament is benefitting too.”

Dan is blunter in his assessment.

Pakistan women’s tour of India could be cancelled: PCB official

Lockdown hits floriculture in the Nilgiris