On a day when Ashwin had a date with milestones, he was putting on an exhibition of using the seam and varying angles. 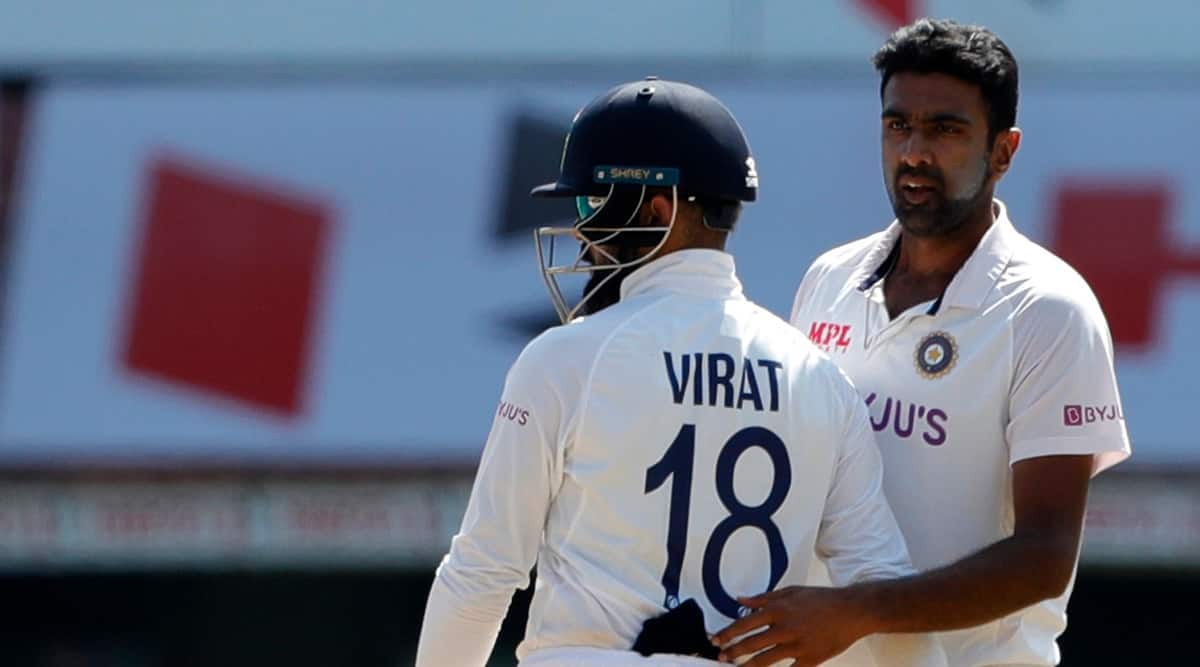 Ravichandran Ashwin was playing mind games with Dan Lawrence. It was the last ball before lunch on Day 2 and the off-spinner was deliberately taking his time. Then he pulled out of his run-up before starting again. Lawrence looked to be waiting for the inevitable. The ball was eventually bowled from around the wicket, ensuring that the angle was naturally a bit wider. The ball pitched on the stumps, turned and jumped. Lawrence’s nervy jab went straight to Shubman Gill at short leg. England’s No. 3 was on his knees, out-thought and outdone by a cultured tease.

Ben Stokes expectedly was looking more assured. He was biding his time, ignoring the difficult moments. No batsmen would have cared about the play and misses, and leg-before shouts on this Chepauk pitch. Ashwin then expanded his trickery. On the face of it, the ball looked a half-volley, just that the offie had bowled it from wide of the crease from round the stumps and it had drifted right across at Stokes. He shaped to clip it to midwicket and didn’t get across. Mistake. It spun past the waft to hit the off stump. The ball was also slower in the air. Ashwin’s average speed during England’s first innings was in the mid-80s (kph), as per TV stats. That delivery hung in the air a bit before arriving.

His brain as ever, was ticking furiously. There was a delivery when he hit Stokes on the back leg, after turning the ball past the defensive-stab from around the stumps. He wanted a DRS, his teammates weren’t that convinced and he silenced them with this logic : “This is exactly how he fell at Mohali!” It was five years ago and there was this wondrous expression from Kohli, who quietly did the T sign. It turned out to be missing off but that was beside the point. Ashwin does the batsmen from memory and spontaneity — as all good bowlers do.

Eventually he got Stokes –the ninth time he has claimed him — as his 200th wicket of a left-hander and 266th on home patch. Harbhajan Singh’s tally of 265 wickets in India was bettered. On a day when Ashwin had a date with milestones, he was putting on an exhibition of using the seam and varying angles.

Lawrence’s scalp was a case of loading at a widish angle and taking the arm even wider. After the day’s play, Ashwin revealed that he had a discussion before bowling the last ball before lunch. Rishabh Pant was in favour of bowling it from over the wicket but Ajinkya Rahane had “agreed” with Ashwin’s idea to bowl from around the stumps.

“He (Lawrence) likes to use his feet a lot, which we saw in Sri Lanka. We wanted to get our plans right when the batsman walked in first and not give away too many runs. In the past, I may have been a little shy of using angles. But using angles and different points of release, especially when there is help; those angles seem larger than they actually are,” Ashwin said.

Coming back to the off-spinner’s use of seam, the judicious mix of side-spin and under-cutters kept the England batsmen guessing. Under-cutters were bowled by rolling the fingers underneath the ball so that it landed on the leather and had a different pace off the pitch. Scrambled seam was another variety.

“One thing I have learnt better and started doing a lot more is varying the seam position, using the crease and creating different angles. I have also used the over the wicket angle effectively in the last six months or so against lefties,” Ashwin said.

About surpassing Harbhajan, he said: “When I was watching the 2001 series between India and Australia, I didn’t even imagine I would go on to become an off-spinner for India. I was still a batsman for my state. I was trying to accelerate a career towards batting and playing for the country. I wasn’t even sure if I would go on to play for India.

“A lot of my teammates from back then used to make fun of me because I used to try to bowl like him. From thereon, to break his tally has to be incredibly special. I didn’t know of it. Now that I know, I feel happy” before adding with a smile, “sorry Bhajju paa!”.

Overall, Harbhajan has 417 wickets from 103 Tests. Ashwin now has 391 scalps in his 76th Test. Anil Kumble towers over the rest with 619 Test wickets from 132 games out of which 350 had been accounted for on home soil.

It would be churlish to undermine Ashwin’s effort despite the pitch being a rank turner. He was asked about the batsmen’s degree of difficulty. “If the ball is moving around 140-150 clicks off the deck, that has to be more challenging than somebody bowling at 85-90ks,” Ashwin replied. The pitch did aid him but he also harassed the English with guile, skill, and brains.