Emotional crowds bid soccer legend Pelé a final farewell on Tuesday, January 3, 2023, lining the streets of Santos to watch his coffin taken to its final resting place from the city’s stadium where 230,000 mourners had filed past his open casket. Young and old embraced as the funeral procession wound its way through the coastal city’s streets for hours, with some fans in tears and others cheering and drumming for a national hero who rose from barefoot poverty to become one of the greatest and best-known athletes in modern history. 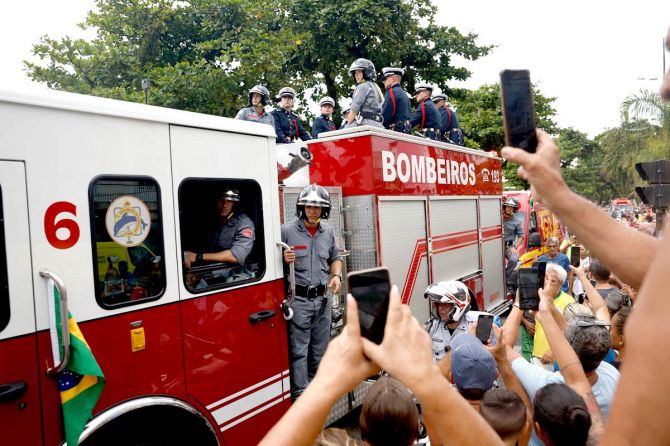 “It’s an irreparable loss for Brazil,” said Brazil’s newly sworn-in President Luiz Inacio Lula da Silva. “Pelé, in addition to being the best soccer player in the world, was a humble, simple, man.”

Pelé died last week at the age of 82 after battling colon cancer for a year. He was laid to rest at the city’s Ecumenical Memorial Necropolis, a 14-storey vertical cemetery with views of the soccer field in Santos that made him a star. Pelé’s funeral procession had left the city’s Vila Belmiro stadium, home of the Santos Football Club, on Tuesday morning. Pelé played from 1956 to 1974 for the team, scoring more than 1,000 goals. During a 24-hour wake fans queued for hours to pay their respects, even overnight.

One of Tuesday’s most moving moments came when the firetruck bearing his coffin halted outside the home of Pelé’s 100-year-old mother. Crowds there applauded and chanted “Pelé is our king,” before holding a minute’s silence. Pelé’s sister Maria Lucia Nascimento, 78, watched in tears from a balcony and thanked the crowds in a brief TV interview.

Pelé’s son Edson Cholbi Nascimento addressed the crowd by the cemetery as fireworks greeted the arrival of the coffin and mourners sang the Santos anthem.

“I wanted on behalf of the whole family to thank you for all the love, the respect,” he said. “It’s an honour, it’s a great pride. Once again thank you. Now he will rest.” 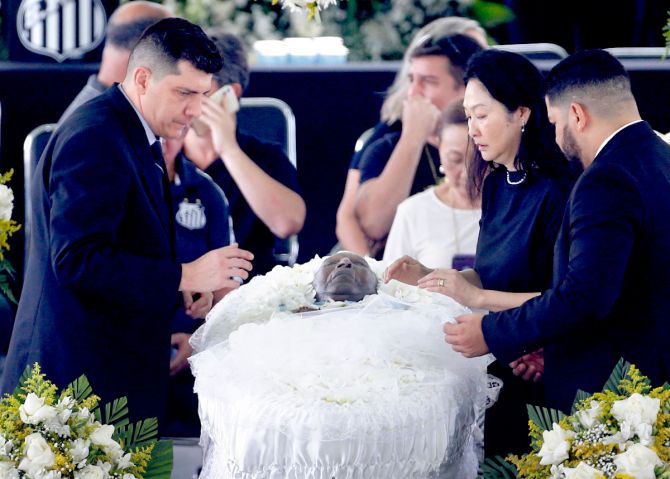 The mausoleum where Pelé now lies will be open to the public within seven days, the cemetery said. 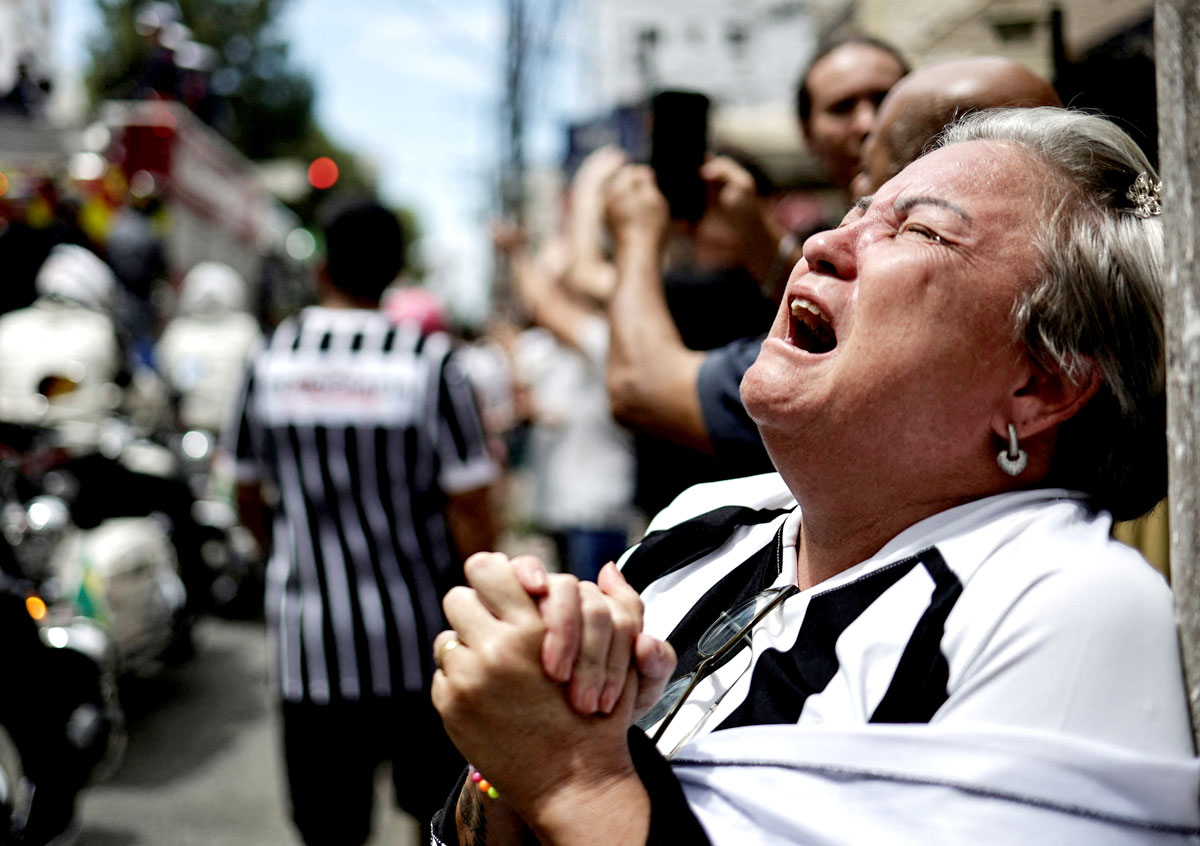 On the streets of Santos, the city of 430,000 where Pelé lived for most of his life, some struggled to come to terms with his loss.

“I’m still trying to get my head around this. No matter how much we prepare, we are never ready for the farewell,” said Marcelo Caverna. “We are not just saying goodbye to our king, we are saying goodbye to a genius, a legend of the Brazilian people.” 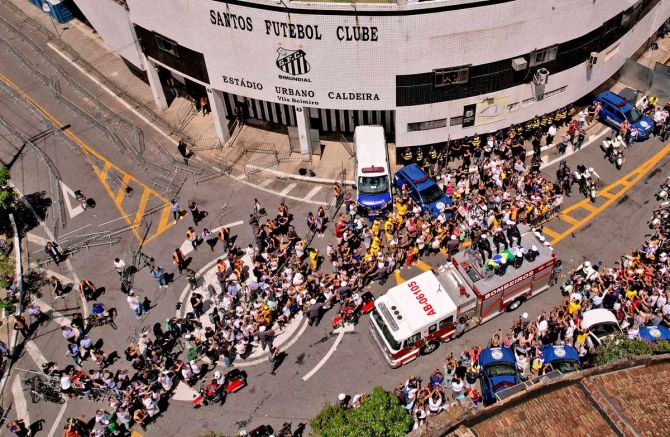 “You can see that the whole city has stopped. The whole world stopped,” said mourner Ezequias Leonardo. FIFA President Gianni Infantino was one of the first to attend the stadium wake on Monday and said he would ask football associations around the world to name a stadium after Pelé, the only man to win the World Cup three times as a player. Some soccer stars attended the wake, including former Brazil midfielder Ze Roberto, who helped place Pelé’s coffin in the centre of the field on Monday. ‘Long Live The King’, read a giant banner inside the stadium.

Lula had stood for about 30 minutes next to Pelé’s casket, draped with a Brazilian flag, in the centre of the soccer field and he comforted Pelé’s family members.

Former soccer player Clodoaldo, who played alongside Pelé at Santos and with the Brazilian national team. told reporters, “I went to the mourners… and I kissed them all, as if Pelé’ was here. I am sure that’s what he would do.” “I kissed each one of them on the head. It’s a way for Pelé to give thanks for all that is happening today.”

Ind vs SA: Rossouw is the man to watch out for

What does the dissolution of the All India Handloom Board mean for the industry?

Government may collect data on houses headed by trans persons

How this Bangladeshi textile revivalist is mainstreaming muslin