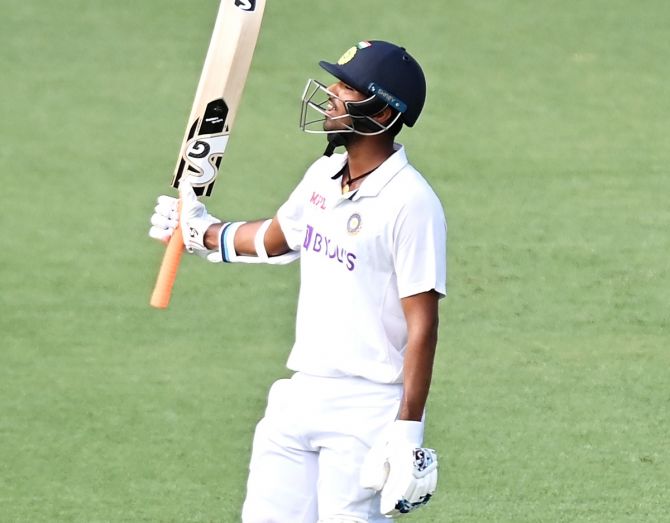 Washington Sundar registered the highest individual score for a debutant batting at number seven in Australia, on Sunday.

The Tamil Nadu off-spinner went on to play a gutsy knock of 62 runs in his debut Test to enable India come storming back in the ongoing fourth Test against Australia, at the Gabba, Brisbane.

Overall, Sundar has registered the third-highest score for an Indian debutant batting at number seven.

Sundar and Shardul Thakur posted half-centuries on Day 3 and together registered the highest seventh-wicket partnership for India at the Gabba, as India’s first innings folded for 336.

They bettered the record of Kapil Dev and Manoj Prabhakar.

Dev and Prabhakar had stitched together a partnership of 58 runs in 1991. Twenty later the record was broken.

Shardul and Sundar joined forces at the crease when India was in a spot of bother at 186 for 6 and looking to avoid being bundled out cheaply.

They mixed caution with aggression and both were up to the task of capitalising on the loose balls.

They also faced seven overs with the second new ball, and were unfazed in the task.

Before close of play on Day 3, Australia openers David Warner (20) and Marcus Harris (1) saw out six overs to extend the home team’s lead to 54.

‘He filled bucket with ice, kept his swollen leg in it for hours’: How Ashish Nehra achieved historic World Cup feat with injury

Keep your skin clear and blackhead-free with these home remedies

T.I. & Tiny Exchange Flirty Comments On Instagram & Their Fans Are Here For It: ‘Love It’