Bayern Munich wrapped up a historic treble by adding the UEFA Champions League trophy to their Bundesliga and DFB Cup crowns. 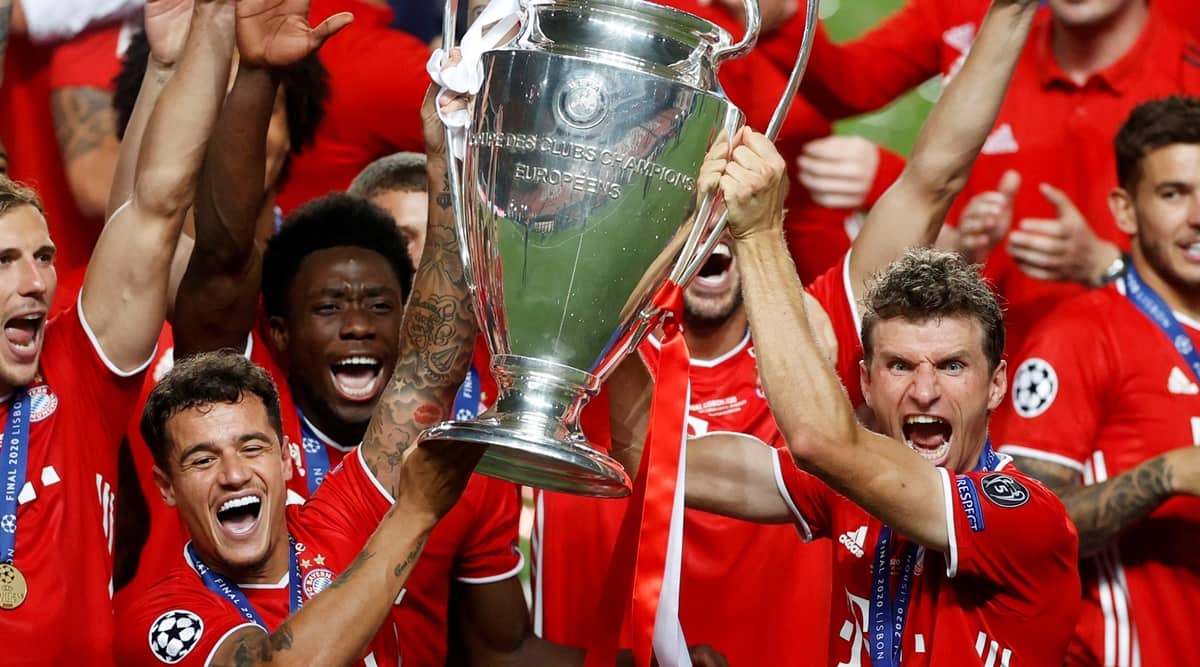 Bayern Munich wrapped up a historic treble by adding the UEFA Champions League trophy to their Bundesliga and DFB Cup crowns after Kingsley Coman gave the Germans a 1-0 victory over PSG in Lisbon on Sunday.

Bayern became the first team to lift the Champions League with a 100% record. The victory at the Estadio da Luz secured a second treble for the Germans, the Bundesliga and German Cup winners, and completed a remarkable first season for coach Hansi Flick. Flick took over a struggling side in November, after a 5-1 hammering by Eintracht Frankfurt led to the sacking of Niko Kovac with the club fourth in the Bundesliga.

Here is a collection of incredible stats after the German champions’ remarkable season:

– Bayern Munich have won the Champions League for a sixth time (level with Liverpool) and for the first time since 2012-13. Only Real Madrid (13) and AC Milan (7) have been crowned champions on more occasions.

– Bayern are now only the second team to win the European treble twice (European Cup, domestic league and domestic cup) after Barcelona.

– Bayern Munich became just the third side in UEFA Champions League history to hit the 500-goal mark in the competition (500 goals in total), after Barcelona (517) and Real Madrid (567).

– Manuel Neuer has now kept a clean sheet in both a World Cup final and Champions League final.

– Kingsley Coman has won his 20th major trophy in his professional career at the age of just 24.

– Only Real Madrid (16) have played in more Champions League finals than Bayern (11), whose sixth European title moves them level with Liverpool as the team with the third-most wins in history – behind only AC Milan (7) and Real (13).

Here’s how you can reduce your tax outgo