In the hometown of Dhoni, Pant finished the match with two sixes. But his was the briefest of cameos, as the match was practically over after Rohit and Rahul had stroked 117 runs for the 1st wicket. 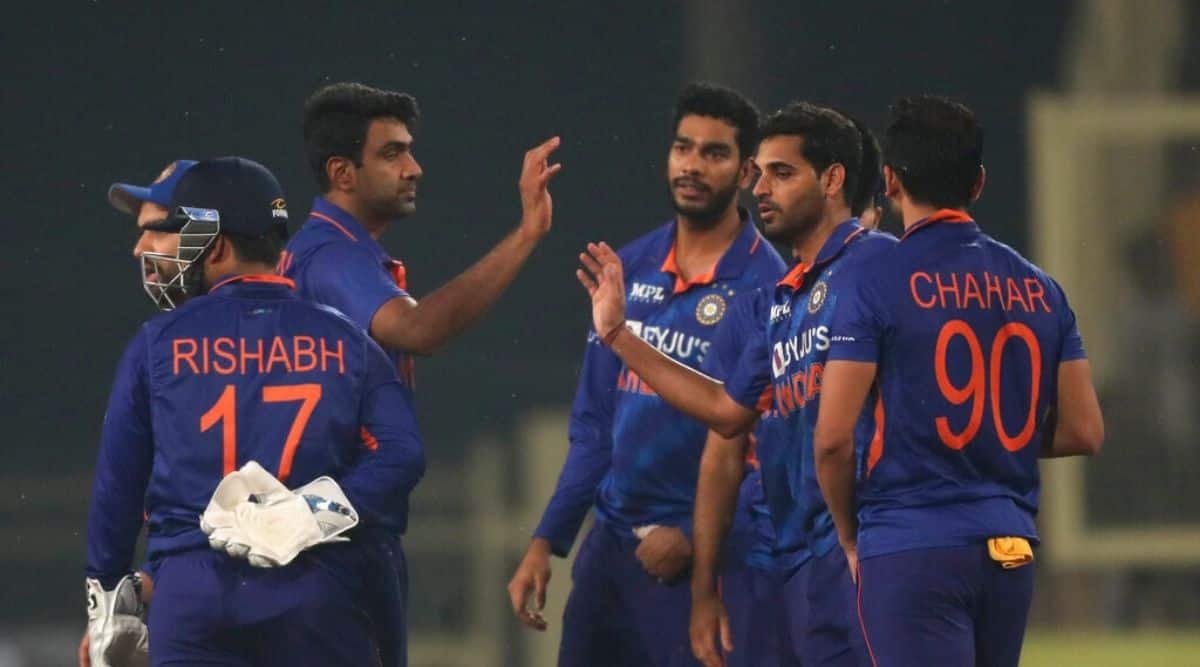 In the hometown of India’s greatest finisher, MS Dhoni, his heir-apparent Rishabh Pant finished the match with a brace of sixes in true Dhoni fashion. But Pant’s was the briefest of cameos, as the match was practically over after Rohit Sharma and KL Rahul had stroked 117 glorious runs for the first wicket.
Though Tim Southee’s double-wicket burst in the 16th over did stoke faint hopes of a victory, the target of 150 was never going to vex India. In the end, they surpassed it with seven wickets in hand and 10 balls to spare, in the process clinching the series too.

In their pursuit, they barely faced any resistance from the curiously off-tune New Zealand bowlers. Even the familiar assassin, Trent Boult, who KL Rahul smoothly dismembered, was stripped off his bullets. A dexterous square drive, a sumptuous straight drive and an emphatic six over cover, Rahul defanged him without stretching himself.

Rahul traded the early punches, but Rohit could not be kept away from the frame for too long. After a pulled six of Adam Milne, he collared Mitchell Santner for a brace of sixes. Southee just kept shuffling his bowlers, and kept shuffling them again, as none seemed resourceful enough to bargain a wicket.

As victory winked in, they grew more enterprising. Though Rahul perished for 65 off 49 balls, and Rohit for 55 for 36 balls, and India fleetingly stuttered, the target turned out to be measly.

The chase would have been steeper had not the spin duo of Ravi Ashwin and Axar Patel, in collusion with Harshal Patel, applied the choke in the middle overs, after the frenetic tempo infused by Martin Guptill. Ashwin came onto bowl when New Zealand were 56/1 in five overs, a few balls after Deepak Chahar had winkled out Guptill. But in the next eight overs, they could squeeze in only 46 runs and lost the wickets of Mark Chapman and Daryll Mitchell. Fascinating was the study of their contrasting methods.
The strip was neither as slow nor beneficial for side-spin as the Jaipur one. It was not only faster, but the early onset of dew made the skid onto the bat. So Ashwin tweaked his methods, literally double-bluffing them. Instead of side-spin, he strove for overspin, extracting more bounce than he had in Jaipur. Resultantly, 52 percent of his balls were shorter in length and his average speed was 96 kph, with his fastest one touching 102.

The flighted balls were fewer, as he pursued a flatter trajectory, aimed at the batsmen’s body, sometimes intentionally straying to the leg-side so that the batsmen might over-balance and fall over. Tim Seiferet was nearly stumped by such a delivery. He eventually snared him with a short carrom ball that shaped away and bounced almost like a medium-pacer’s short-ball.

It was another illustration of his incredible knowledge of pitch-psychology, the ability to size up the pitch and alter his methods accordingly. It was as if there were two Ashwins — the one in Jaipur was utterly different from the one in Ranchi. And if the conditions are different, you could find a different one at Eden Gardens.

In comparison, Axar is a limited bowler but one who is extremely self-aware. He is not the routine left-arm-into-the-body darter either, but a fine analyser of batsmen, his endeavour not only to pile on the dots but also bargain wickets. So he deftly varies his pace (the fastest touched 122, almost that of a medium-pacer), uses the crease to create different angles, imparts different amounts of over-spin to generate variable bounce and denies any room or width for batsmen to manoeuvre.

He must be arguably one of the most difficult bowlers to cut and is equally difficult to strike down the ground. His lengths instigate that dilemma — to cut or not to cut, commit to the front foot or hang back. Then he mischievously shortens the length, only to surprise the batsman with his bounce. As Chapman tried and failed, outfoxed by the extra bounce, due to over-spin.

The debuting Harshal Patel not only sustained the pressure induced by Ashwin-Axar duo but also asserted that his IPL exploits were by no means a fluke. His medley of off-cutters, slow bouncers, the side of the hand slower balls, and the ‘quicker one’, sounded like deathly music to Kiwi batsmen, especially Glen Phillips and Jimmy Neesham.

Numerous times did they spoon and squirt the ball, as the ball stopped at them, only for the resultant miscues to fall short of the fielders. Both could add only 16 runs off 27 balls, diminishing hopes of a 180-plus total. Patel was woefully unfortunate that he had just a couple of wickets, those of Mitchell and Phillips, nailed with his stamp-marked off-cutters, to show for his trick and tease.

But India might have unearthed a middle-and-death over utility bowler as well as figured a trio who could ace the middle overs, where so often India have faltered in the past, where they have often looked confused.

The middle game won, the end game was a stroll. New Zealand, though, could rue squandering the impetus Guptill had furnished them with his 15-ball 31. The rest just froze in the myriad tricks of the middle-over trio.

Williamson goes to the top