As chatty spectators so often learn the hard way, silence is golden in the sport of tennis.

Yet facing the prospect of empty stands at the first fanless Grand Slam since the coronavirus outbreak, even top contenders at this year’s US Open admit that the unprecedented new hush will take some getting used to.

“When it’s tough moments, they obviously are there on their feet cheering for you,” Kenin said, ahead of the tournament’s start on Monday. “I really wish they would be here. They really help me.” 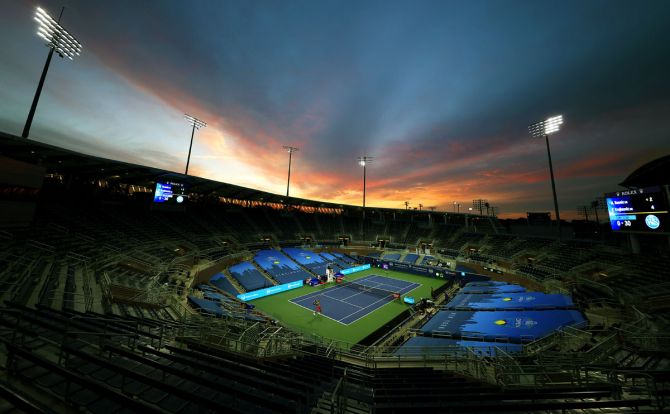 Not this year. Gloomy weather and a sparsely-populated plaza, speckled with rain, on Saturday foreshadowed a very different ambience for when the tournament kicks off on Monday.

“We’ve seen in the past, many moments where the crowd, the energy of the crowd, the momentum changes because of one rally or something,” four-time Grand Slam winner Kim Clijsters told reporters.

“Some players really thrive on those kind of moments.”

For world number six Stefanos Tsitsipas, who has never made it past the second round and into the spotlight of a night match on Arthur Ashe Stadium, the change in atmosphere is difficult to swallow.

“It’s like a dream for everyone, to play a night session match on Arthur Ashe. It’s been a dream of mine since forever. We won’t have the opportunity this year,” he said.

“I’m just going to have to face the situation as is and play, not having that atmosphere be part of the tennis this year.”

Hockey World Cup: Doughty Belgium gets the top of the world feeling

Leptospirosis: preventive measures stepped up in the Nilgiris

No talks with AAP for alliance in Haryana, Punjab: Congress

How long will India be kept out of the decision-making structures of UN, asks PM Modi in address to General Assembly
Last News