I used to like him as an actor but this was not nice: Saina 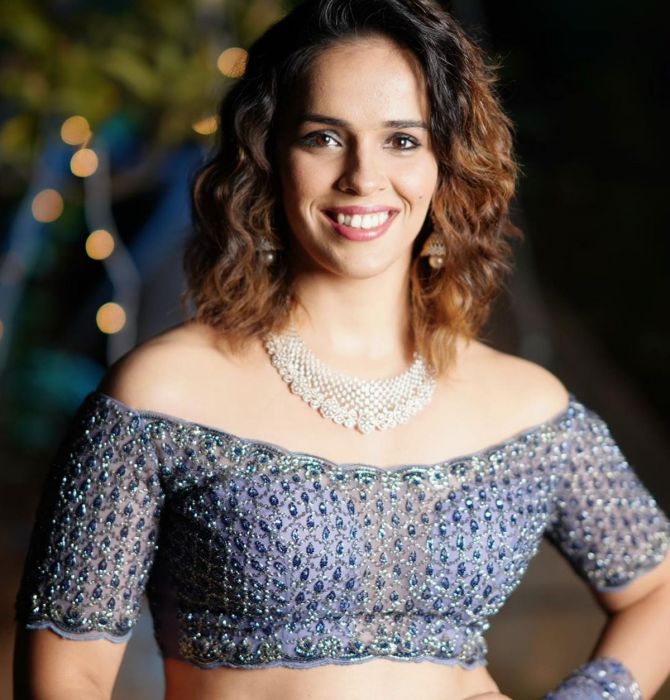 Badminton ace Saina Nehwal on Monday said it was ‘not nice’ to see actor Siddharth’s unsavoury remark after she expressed concerns on Prime Minister Narendra Modi’s recent security breach and he could have used ‘better words’ to comment on the matter.

Siddharth’s reply to the Olympic bronze medallist’s tweet on PM Modi’s security breach has attracted much flak, with the National Commission for Women (NCW) asking Twitter India to ‘immediately’ block the actor’s account.

“Yeah, I’m not sure what he meant. I used to like him as an actor but this was not nice. He can express himself with better words but I guess it’s Twitter and you remain noticed with such words and comments,” Saina, who is also a BJP member, said in a statement.

“If the security of the PM of India is an issue then I’m not sure what is secure in the country,” she added.

Reacting to Modi’s security breach during his visit to Punjab, Saina had tweeted, “No nation can claim itself to be safe if the security of its own PM gets compromised. I condemn, in the strongest words possible, the cowardly attack on PM Modi by anrachists.”

In response to this, Siddharth had tweeted, “Subtle cock champion of the world…Thank God we have protectors of India (sic).”

The NCW, which is headed by Rekha Sharma, said it has taken cognisance of the matter.

“@NCWIndia has taken cognisance. Chairperson @sharmarekha has written to @DGPMaharashtra for investigating & registering FIR in the matter. NCW has also written to @TwitterIndia for blocking the actor’s account & to take appropriate action against him for posting such remarks.”

The Rang De Basanti actor has been slammed by netizens for his comment on Nehwal. Following this Tweet, several social media users called him out for his sexism.

Siddharth said that ‘nothing disrespectful was intended’.

“‘COCK & BULL’ That’s the reference. Reading otherwise is unfair and leading! Nothing disrespectful was intended, said or insinuated. Period,” he tweeted.

A rare connection through generations

Delhi goes into six-day lockdown: Here’s what is allowed and what is not

NCP intensifies its attack on KC(M)