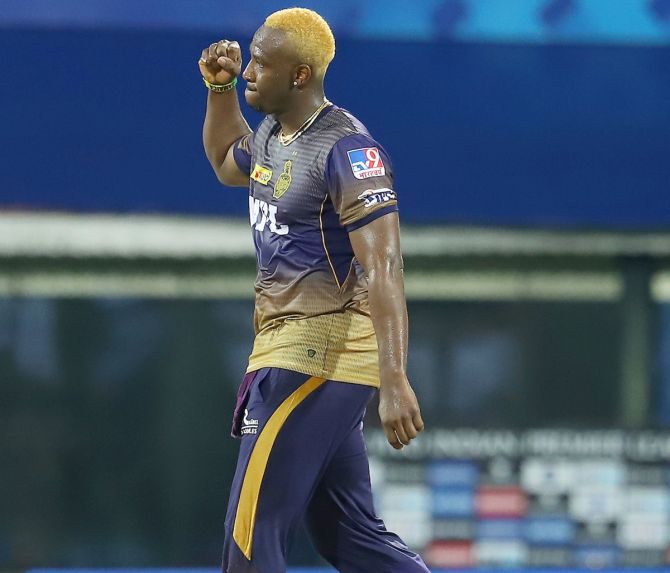 Kolkata Knight Riders all-rounder Andre Russell on Sunday said he is fitter than he was last year.

Over the last two seasons, Russell has been injury prone and his fitness has been a cause of worry for the Eoin Morgan-led franchise.

The West Indies allrounder had a poor IPL 2020, and Russell says he is ready to put his body on the line if needed this year.

Dre Russ, who will turn 33 on April 29, bowled an excellent spell at the death to see his team over the line in the game against SRH.

In the 18th over, he conceded just six runs to keep Manish Pandey at bay. He was then handed the ball for the 20th over, with SRH needing 22 runs.

At that point, Abdul Samad was looking dangerous as he had hit two sixes off Pat Cummins. Pandey was well set on 54. Russell bowled pinpoint yorkers and only conceded 11 runs in the last over.

‘I’m in better shape compared to last year,’ the big Jamaican said, ‘so I’m hoping for a better performance than last year. I can put my body on the line because I’m a lot fitter.’

Mumbai gets a Manchester touch

2016 IPL title one of the best memories of my career: David Warner