Historically, emotionally and statistically, Roger Federer remains the man to beat at Wimbledon even at the 21st time of asking. 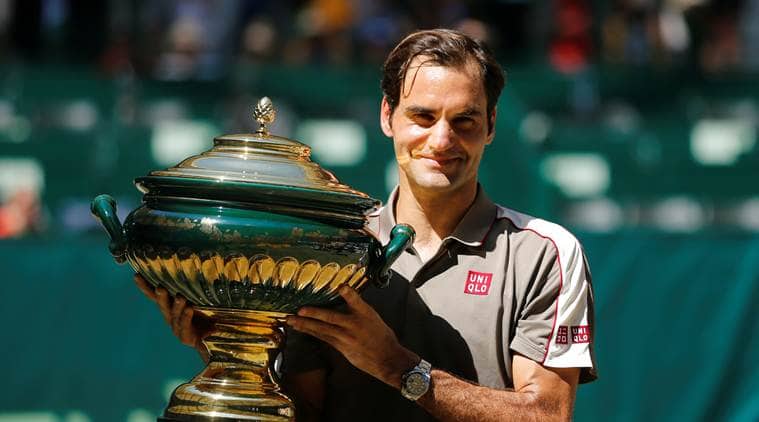 Historically, emotionally and statistically, Roger Federer remains the man to beat at Wimbledon even at the 21st time of asking.

Forget the creaking knees and advancing years — the Swiss will be 38 in August — not many in SW19 will bet against their adopted favourite achieving Wimbledon history with a ninth men’s title to equal Martina Navratilova’s record singles mark.

Victory would consolidate his position as oldest male champion, a record he set in 2017 when he won his eighth title without dropping a set at the age of 35 years and 342 days.

Federer’s cheerleaders will point to the confidence gleaned from 2019 tournament wins on the hard courts of Dubai — his 100th ATP title — and Miami.

This year’s Wimbledon lead-up has been wrinkle-free after a positive showing at the French Open, where he lost in the semi-finals to Rafa Nadal, and his traditional grass tune-up at last week’s Halle Open, where he triumphed for the 10th time.

But look through the glass differently and 2019 may tell a whole new story. Perhaps Federer’s decision to compete at Roland Garros for the first time in four years was actually an acknowledgement that his great powers are waning.

Federer knows that every opportunity to boost his Grand Slam tally of 20 trophies must be grasped or risk being eclipsed by the rejuvenated Nadal.

The Spaniard’s victory in Paris took his Grand Slam total to 18 while Novak Djokovic has won three of the last four blue-riband events to bring his career tally to 15.

It is possible to make a strong case for all three, with Nick Kyrgios last week making a special mention for Federer, whom he predicted will “be hard to beat” on his favourite surface.

Former French Open finalist Alex Corretja is another who has flagged up Federer.”Federer played a great claycourt season, which gives him the belief he can win Wimbledon again,” said the Spaniard.

Grass has always suited Federer’s aggressive style, which is based on footwork, pace and ability to find sharp angles. Perhaps the only remaining question is whether the Swiss have the stamina to slug it out against the game’s young guns.

As always the aim remains to win but now it is to do so without expending too much energy.

Last year there were signs that the balance is more difficult to achieve and the eight-times champion squandered match points against Kevin Anderson before exiting in the quarter-finals.

Alastair Cook to retire from international cricket after Oval Test

Explained: Which strain of coronavirus has come to India?

MEA has ‘no update’ on Modi-Abe meet in Guwahati

Sonakshi Sinha says she was body-shamed even after losing 30 kgs for Dabangg: ‘They had no idea what I had been through’

What to watch on July 5: Movies, TV shows and web series you can stream online
We and our partners use cookies on this site to improve our service, perform analytics, personalize advertising, measure advertising performance, and remember website preferences.Ok