Exactly 48 hours later, the BCCI, in a subtle nudge to the captain with a dismal record at ICC events, would designate M S Dhoni as the mentor for next month’s WorldT20. 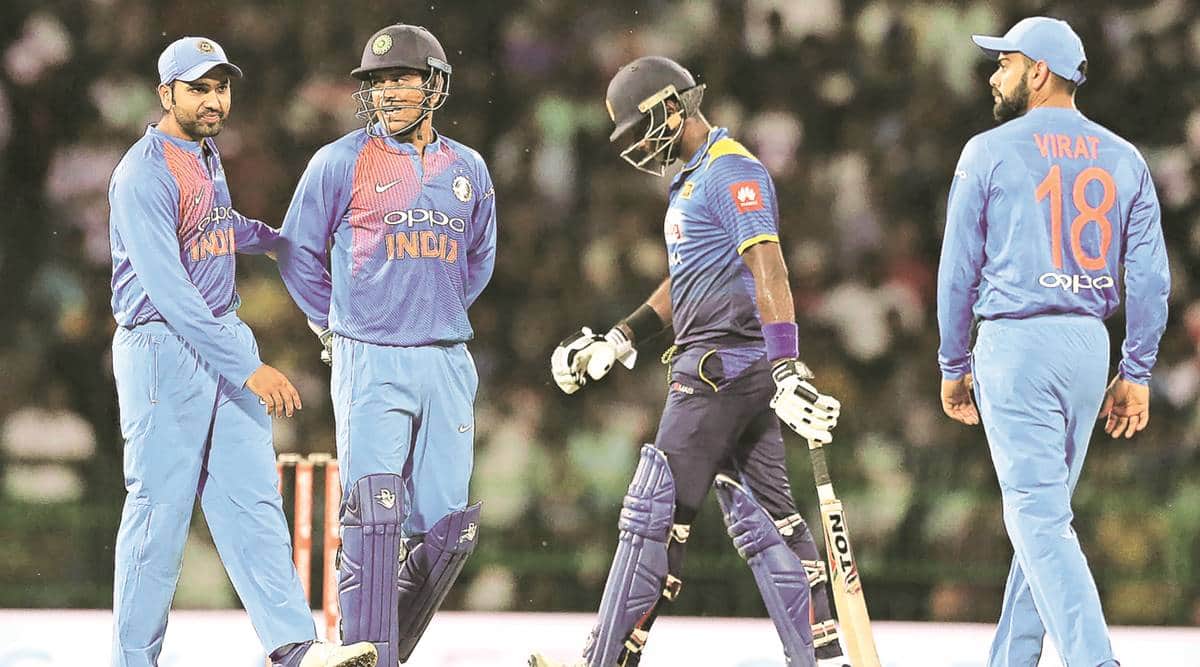 On the final day of the Oval Test, among the Englishmen blown away by Virat Kohli were a couple of commentators. Nasser Hussain declared that the Indian skipper had passed his big captaincy test “with flying colours”. Michael Vaughan, another former captain and a social media influencer, called Kohli “an amazing character” who gave “a tactical masterclass on how to win a Test match”.

Exactly 48 hours later, the BCCI, in a subtle nudge to the captain with a dismal record at ICC events, would designate M S Dhoni as the mentor for next month’s WorldT20. This would be the first official acknowledgement of sorts by the Indian board that the country’s greatest batsman was not quite the greatest leader.

In the past too, there have been lateral entries to the Indian team set-up — Rahul Dravid was batting consultant on the 2014 England tour — but the inclusion of a Dhoni-like mentor, an active IPL player, was a first. Besides the obvious conflict-of-interest red flag, the timing of the appointment had a layer of intrigue.

The scanner on Kohli the captain comes when the India team is witnessing a churn. The contract of head coach Ravi Shastri and his support staff ends after the World T20 and it’s unlikely to be renewed. Plus, unlike in the past, India now has an alternative captain with worthy credentials.

On this England tour, Rohit Sharma’s success as a Test opener embellished his image as an all-format, all-condition player. His enhanced stature was underlined by his prominent role in negotiations with the board over the cancellation of the Manchester Test. Moreover, Mumbai Indians’ overwhelming superiority over Royal Challengers Bangalore is a trivia that can tempt the BCCI to look beyond Kohli.

So will Rohit replace Virat in case India fails to win the World T20? Like most things in the ever-changing BCCI dynamics, this is a multiple choice question with Yes, No, Maybe options. 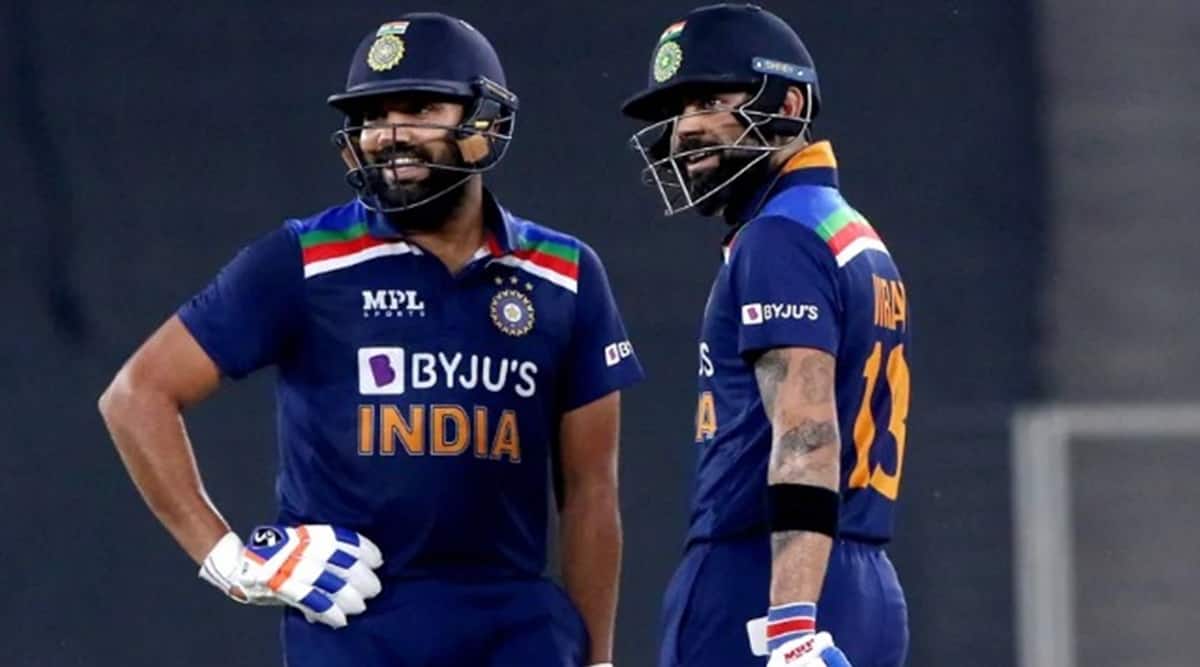 Before answering the question, a look at Dhoni’s role. Going by the word on the Indian cricket circuit, the one-time crisis manager of Indian cricket is an “officer on a very specific duty”. Too unconventional to be a batting guru, way too important to be drafted as a mere wicket-keeping coach, the country’s most-decorated white-ball captain ever is to hand-hold Kohli, help him win his first ICC Cup. Dhoni, for all practical purposes, is a captaincy coach. His sparkling CV makes him the most suited for the job.

India’s last big white-ball triumph was in 2013, when Dhoni lifted the Champions Trophy. Add the 2011 World Cup and 2007 WorldT20 to his name and Captain Cool’s cricketing Grand Slam is complete.

“No one can guide this Indian team better than Dhoni. He has plenty of experience and the players trust him a lot. Jay (Shah) felt that Dhoni is the only person who can help the team during the T20 World Cup, so he dialled him,” says a BCCI insider. The “only person” bit being a couched critique of the captain who is yet to win an IPL title.

This chorus has been growing. For some time now, discussions about Kohli’s captaincy have gone beyond the office water-cooler. Even the host broadcaster between their staple King Kohli shows find time to question puzzling team selection and debatable tactics. Sir Vivian Richards might have Kohli as his heir apparent but no one seems to have sighted shades of Mike Brearley in world cricket’s poster-boy.

Historically, all successful sporting teams have a core group of regulars, but not this one. Virtually every player to play under Kohli has been dropped from the playing XI at least once. No senior has been sure of his place in the side, rarely has there been a captaincy contender.

Insecurity has rarely been drip-irrigated like this before, perhaps. The churlish whispers about intent of batsmen after losing the WTC final to New Zealand had stemmed from the captain himself. Kohli, of course, later rubbished it as “outside noise”.

When Rohit played the IPL 2020 final in a cloud of injury, much angst swirled from “team management sources”. Once again, it got labelled as outside noise. In March, asked about Ashwin’s T20 future, Kohli had snapped: “The question has to have logic.” Months later, Ashwin is in the team. Along with the presence of Dhoni, it does seem the invisible hands of power are slowly trying to wrest control.

During Kohli’s 7-year reign, India has had one path-breaking first-ever Test series win in Australia and a lengthy streak of home domination. In this long period of stability, BCCI failed in its institutional responsibility to put in place a succession plan. Unlike any time in Indian cricket, Kohli remained Indian cricket’s unrivalled ruler. He got what he wanted — read Anil Kumble out, Ravi Shastri in. Things changed at the start of this year, when Ajinkya Rahane, while Kohli was on paternity leave, pulled off Brisbane. More Kane Williamson than Kohli, India under the less-expressive Rahane showed never-seen-before resilience and intensity. A few myths were shattered. Former India captain Bishan Singh Bedi said Rahane reminded him of Tiger Pataudi.

Once Kohli returned, Rahane’s batting form nose-dived, he got relegated to the background. From an inspirational captain in Australia, by the end of England tour, he was a vice-captain struggling to justify his place in the side.

The plummeting of Rahane’s stock coincided with Rohit’s coming-of-age series in England, making him the designated captain in waiting. Suddenly, there was buzz in the dressing room about a change at the top.

History shows not all palace intrigue ends in coronation. The uprooting of an icon like Kohli will not be easy. There are a few Rohit-sceptics in the BCCI. “He is 34 so can’t be a long-term solution, say like Kohli was when he took over from Dhoni. He has fitness issues also. But that’s my personal view. If we don’t win ICC events, we need to collectively think. Maybe someone younger or maybe Rohit as a stop-gap,” said a board official.

Before the final day at The Oval, when the captaincy narrative suddenly changed, Kohli and his batting were being brutally scrutinised. In those final few hours of the fourth Test, with each England wicket falling during the dramatic collapse, the pressure was getting lifted off the captain.

But did India win because of a leadership masterclass? No one, not even the pitch, can be credited for Jasprit Bumrah’s two reverse-swinging unplayable game-changing balls. As for the other final-day hero Jadeja, like always, the only assistance he needed was a rough on the pitch.

The two key England wickets, Dawid Malan and Joe Root, were a stroke of luck. India’s think tank couldn’t have set a field to get Malan run-out nor could there be a plan in place to get the in-form Root played-on with a Shardul Thakur innocuous outside-the-off-stump gentle loosener.

However, Kohli’s in-your-face celebration, his frenzied solo war dance around the relatively muted India huddle, made him central to the narrative. Those sore points about his captaincy — R Ashwin warming the bench for four straight Test matches in England, the perpetual confusion of the team to show aggressive intent or to pursue Test-match batting — were no longer part of post-match discussions. An India win under Kohli makes you feel dizzy, throws you in a trance.

For England’s cricket pundit, dealing with the angst of missing cricketers with charisma from the time Sir Ian Botham was called just Beefy, Kohli’s bluster made him an inspirational leader. But for those more invested in India cricket, he remained a captain who needed a handler.