Tiger Woods proved many doubters wrong with his triumph at last month's Masters, where he not only completed a comeback story for the ages but also put Jack Nicklaus's record of 18 major titles back into play. 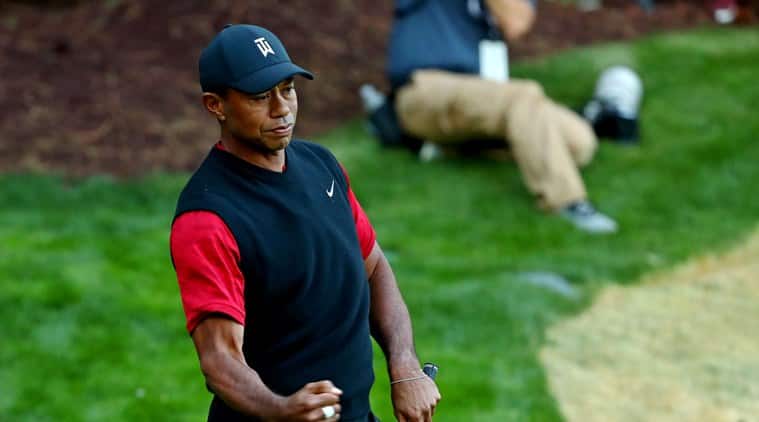 Tiger Woods proved many doubters wrong with his triumph at last month’s Masters, where he not only completed a comeback story for the ages but also put Jack Nicklaus’s record of 18 major titles back into play.

Woods, who has not competed since collecting his 15th major at Augusta, will get his next chance to chip away at the landmark when he tees it up in Farmingdale, New York for the May 16-19 PGA Championship.

After Woods secured a one-shot victory to claim his fifth Green Jacket, the former world number one was naturally asked about his pursuit of the all-time major record.

“I really haven’t thought about that yet,” Woods said at his post-Masters news conference. “I’m sure that I’ll probably think of it going down the road. Maybe, maybe not. But right now, it’s a little soon, and I’m just enjoying 15.”

Woods should feel good about the opportunity that lies ahead as he will undoubtedly bring a renewed sense of confidence into the year’s next two majors as well as the knowledge that he has won on both courses before.

The PGA Championship will be held at Bethpage Black, the scene of the 2002 U.S. Open triumph by Woods, while the June 13-16 U.S. Open will be held at Pebble Beach, where in 2000 he won that event by 15 strokes.

“Eighteen is, I think, a lot closer than people think,” said reigning PGA Championship and U.S. Open winner Brooks Koepka. “I would say that’s probably what all fans, what we’re thinking. That he’s definitely back and 18’s not far.”

When Woods held his nerve to close out his Masters win it ended a once-unthinkable major drought for the best golfer of his generation that stretched back to the 2008 U.S. Open.

During his barren run, Woods had to overcome a highly-public divorce following revelations of his marital infidelities, a DUI arrest he blamed on an “unexpected reaction” to prescription medicine and multiple career-threatening surgeries.

‘SHAKING IN MY BOOTS’

Through it all, Woods plummeted to 1,199th in the world rankings, given his long spells on the sidelines, while many onlookers never gave him a chance of winning another major.

But in his comeback campaign last year after spinal fusion surgery in 2017, Woods put himself in contention at both the British Open and PGA Championship before his triumph at the season-ending Tour Championship.

If there were any doubts left that Woods was back, he sent a resounding message to the golfing world with his win at Augusta National, a victory that left even Nicklaus, 79, wondering how much longer his record would stand.

“I felt for a long time he was going to win again,” Nicklaus told Golf Channel the night Woods won the Masters. “And, you know, the next two majors are at Bethpage, where he’s won, and at Pebble Beach, where he’s won.

“He’s got me shaking in my boots.”

History is not on Woods’ side since only two golfers have won multiple majors after turning 43 and none have done it since 1968 when 48-year-old American Julius Boros won the PGA Championship five years after picking up a U.S. Open title.

But even though Woods does not intimidate his rivals like he did during his prime, if his back holds up over the long haul he will surely have plenty more chances to close the gap on Nicklaus.

“That’s the other very important part. Bethpage Black will be tough. The U.S. Open will be tougher. I don’t know, but there is still a chance, (whereas) five years ago we were quite happy to say there’s no chance.

“If he stays healthy, the rest of the players, they know he’s out there now. They know how he can fend everybody off and get in the mix. I guess he will be in the mix, but I really don’t know. I haven’t really got a gut feeling.”

India vs Bangladesh: Mohammed Shami reveals gameplan ahead of Day-Night Test in Kolkata

Injured Amla, Duminy out for Proteas trip to Australia

Bigil poster: Ahead of his birthday, Vijay fans get an early gift as he reveals the first look | Bollywood Life