Julian Nagelsmann is currently 33 years old and is younger than the current legends of the sport – Cristiano Ronaldo and Lionel Messi. 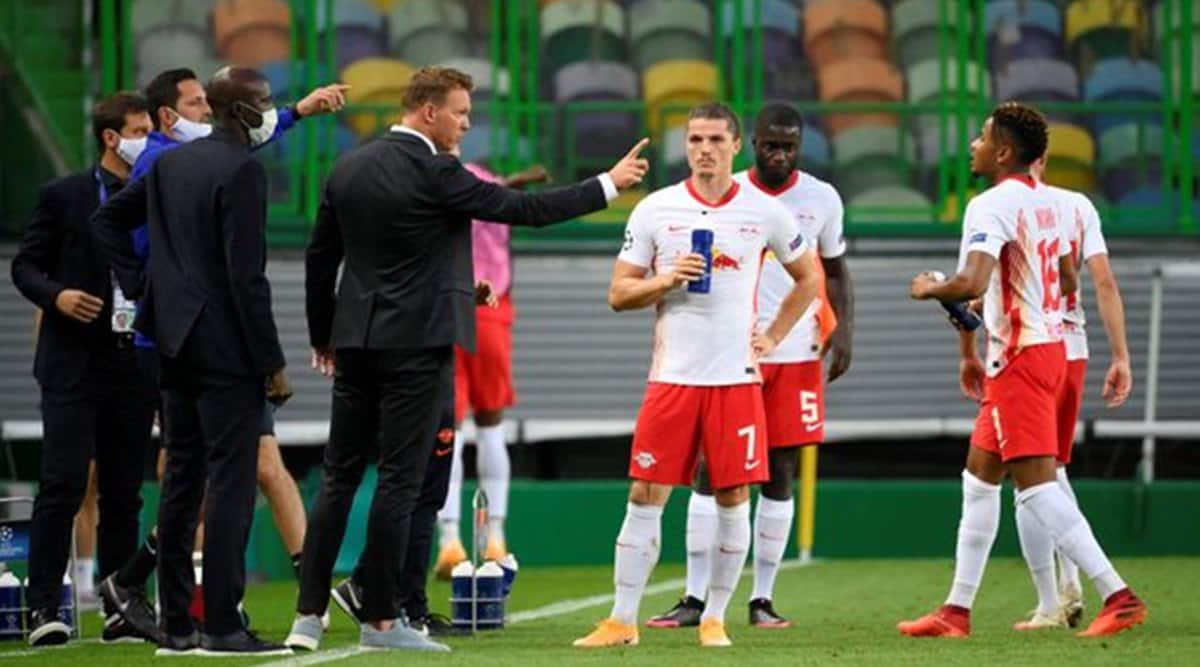 After being sidelined from football at an early age of 20 due to a knee injury, Julian Nagelsmann on Friday defied the odds to become the youngest manager to reach the final four of the Champions League. He is currently 33-years-old and is younger than the current legends of the sport – Cristiano Ronaldo and Lionel Messi.

Nagelsmann’s RB Leipzig humbled Spanish side Atletico Madrid 2-1, with United States midfielder Tyler Adams scoring the match-winner in the closing minutes of the match. The German side had initially taken the lead in the 51st minute with a header from Spanish forward Dani Olmo, but a disjointed Atletico were shaken into life when record signing Joao Felix came off the bench, earning and scoring a penalty to level in the 71st. [Match Report]

Leipzig will now lock horns with Ligue 1 winners Paris Saint-Germain (PSG) in the semifinals, which is set to take place on August 19. While PSG boasts of a powerful lineup that includes Neymar and Kylian Mbappe, it will also be a test for Nagelsmann to match wits against his role model, manager Thomas Tuchel.

It was Tuchel who paved the way for Nagelsmann to get the coaching role when the former was a coach of Augsburg reserve-team during the 2007/08 season. Tuchel has stated he has high regard for Nagelsmann and considers him an inquisitive and hardworking coach.

Leipzig, under Nagelsmann, finished third in Bundesliga this season, securing a total of 66 points.

English clubs on the march again in Champions League

‘Human mind can overcome any disease,’ Parrikar had said a month ago

Siddhant Chaturvedi begins shoot for Shakun Batra’s film
We and our partners use cookies on this site to improve our service, perform analytics, personalize advertising, measure advertising performance, and remember website preferences.Ok