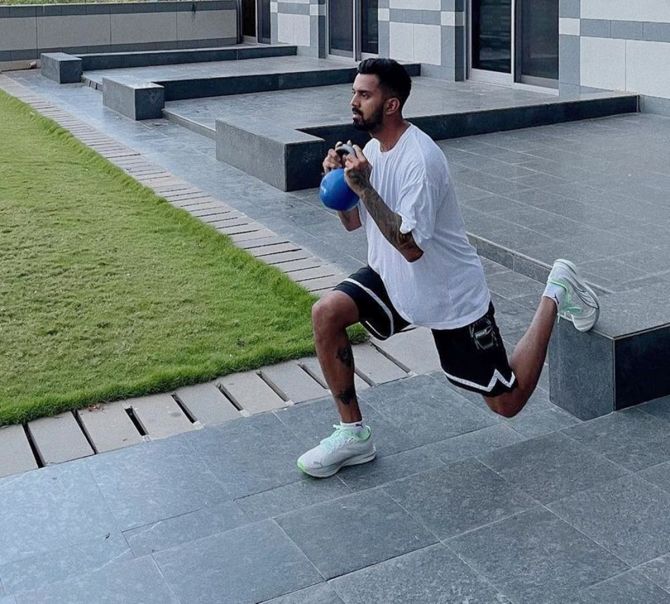 The post with the caption ‘And still, we rise’ was much applauded by his followers, which included a certain Bollywood actress. 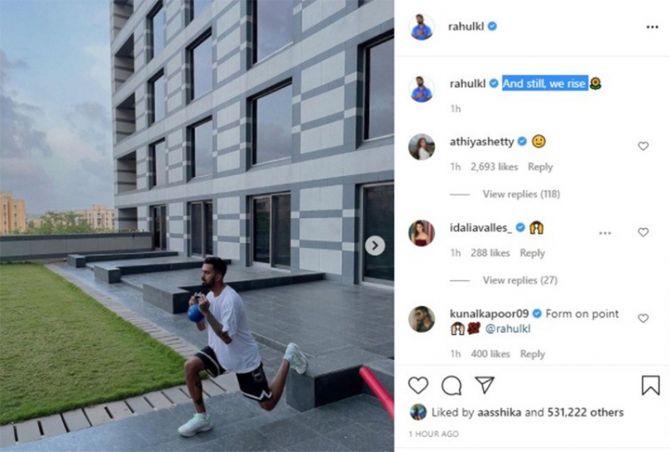 Athiya Shetty decided to abstain from words and instead left a smile emoji in the comments section.

Athiya and Rahul have been playing tic tac toe with folks who believe the actress and cricketer are an item. 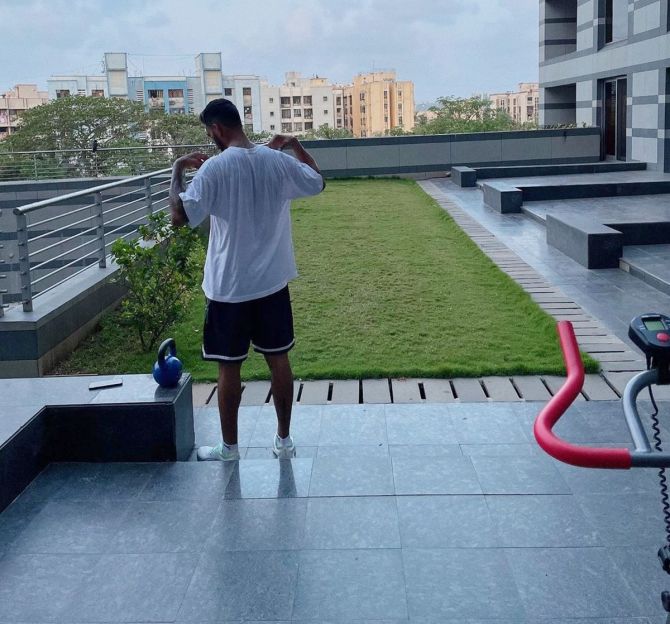 Rahul had been named in the tour party for India’s tour of England subject to fitness clearance.

‘He is doing fine and has recovered well as far as I know. He should be travelling to England with the team,’ a source close to the player said.

The Indian team is ensconced in the bio-bubble at a Mumbai hotel where they will spend a week in strict quarantine — and take PCR-RT tests every couple of days — before flying to London on June 2.

‘We miss you Dhoni’: Indian fans display banner at Wellington

Tearful D-Day veteran, 91, breaks viewers’ hearts as they call him a ‘true hero’

Challakere to get GTTC branch