‘The personal satisfaction is big because under the circumstances that we played this Roland Garros, even if I played an amazing match this afternoon, the conditions are a little bit not the conditions that I will choose, never, to play an event like this’ 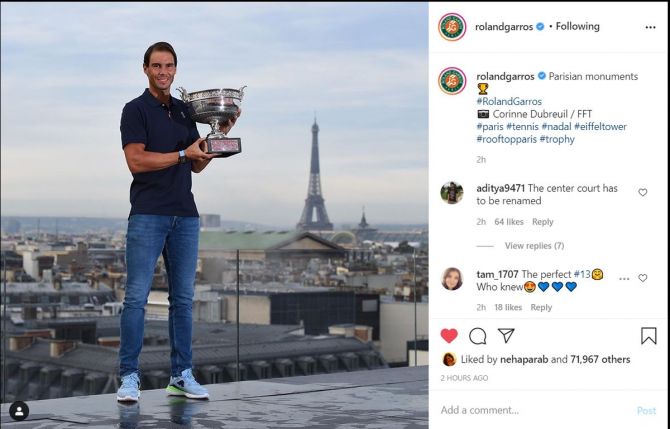 Rafael Nadal is a creature of habit and there were suggestions that various new things at this year’s French Open could unsettle the Spaniard in his bid for a 13th Roland Garros title.

The way in which he crushed Novak Djokovic in the final on Sunday, however, proved that it would take more than a new stadium, different balls and unfamiliar weather conditions to throw the claycourt king off his stride.

As usual, the Spaniard put his water bottles on his left side, labels facing the correct way, before starting his demolition job to humble Djokovic 6-0, 6-2, 7-5 and match Roger Federer’s record of 20 Grand Slam men’s singles titles.

While the closed roof should have given Djokovic an advantage, and heavier balls and chilly weather were detrimental to his devastating top spin — his biggest weapon — Nadal delivered one of his best performances at Roland Garros. 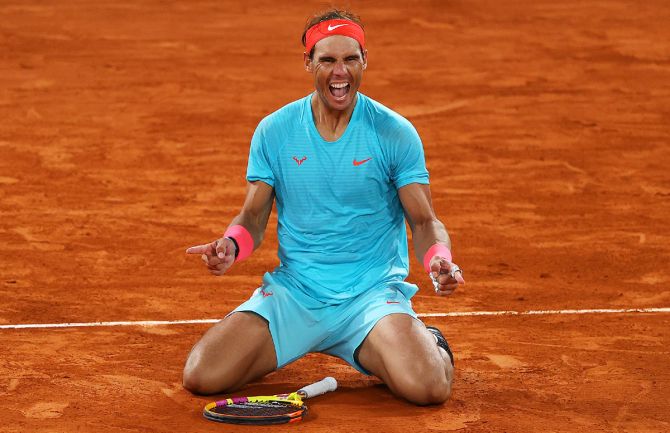 “The personal satisfaction is big because under the circumstances that we played this Roland Garros, even if I played an amazing match this afternoon, the conditions are a little bit not the conditions that I will choose, never, to play an event like this,” Nadal, who now leads Djokovic 5-4 in their Grand Slam final confrontations, told a news conference.

“I was able to adapt well. I was able to, as I said the first day, to be positive in every circumstances that I was facing during the whole event, trying to accept all the challenges in terms of sometimes the feeling on the ball haven’t been great because of the cold and everything.

“I think is one of the Roland Garros that have a better personal value for myself.”

In addition to the unusual conditions, Nadal was also facing a player who appeared at his peak, having suffered his only defeat of the year when he was defaulted at the US Open.

But the Mallorcan raised his level to its maximum when it mattered after entering the tournament on the back of a quarter-final defeat at the Italian Open.

“For me, honestly, one month and a half ago if you tell me you’re going to have this trophy with you again, I will say, ‘this year will probably be too difficult’,” Nadal said.

“I played an amazing level of tennis, no? For two sets and a half I played great. I can’t say another thing. It is impossible to have this score against him without playing great.

India vs Bangladesh: Mohammed Shami reveals gameplan ahead of Day-Night Test in Kolkata

How Rose McGowan Has 'Seen Change' One Year Into #MeToo Movement