Carolina Marin is a two-time world champion, winning gold in 2014 and 2015. PV Sindhu has three World Championships medals – two bronze ones from 2013 and 2014, along with a silver last year in Glasgow. She would be eager to win her first gold this year.

PV Sindhu vs Carolina Marin have met each other 11 times before in which the World No. 3 PV Sindhu has won the encounter 6 times, while Marin has won it 5 times. Their epic Olympic gold medal encounter, though, remain the biggest win the World No. 8 Spaniard picked up against Sindhu.

Carolina Marin has been learning Mandarin these last few months and has been on a charm-offensive in Nanjing this week. PV Sindhu, who won her first World Championship bronze in Guangzhou in 2013, is friends with the Chinese of the past – Wang Yihan and Wang Shixian, even meeting up with them before the World’s. Not that the locals needed wooing, but Marin and Sindhu have been a treat to the discerning Chinese spectators who love their badminton a touch more than they love their winners.

Hello and welcome to our Live Blog on PV Sindhu vs Carolina Marin Badminton World Championship final. If this was a movie, we would be heading to an epic finale – a rematch of all ages – something reminiscent of Rocky Balboa vs Ivan Drogo. Sindhu lost the first battle, when the two met at Rio Olympics final, two years ago. Now, she meets Marin again, for another “Gold” opportunity on the biggest stage – Badminton World Championships. This is where dream turns into reality. In the film analogy used earlier, Balboa beats Drogo the second time around. Can Sindhu do the same? 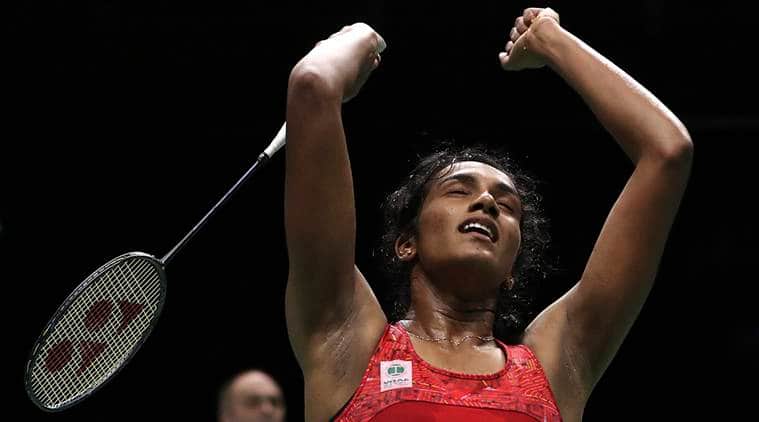 PV Sindhu vs Carolina Marin Live score, Badminton World Championships final Live Streaming: Olympic silver medallist P V Sindhu continued her incredible run of form in the World Championships, earning a second successive final spot after seeing off Japan’s Akane Yamaguchi at the women’s singles semifinals in Bengaluru on Saturday. World number three Sindhu, who had finished runners-up at the Glasgow edition last year after losing to another Japanese Nozomi Okuhara in an epic summit showdown, notched up a superb 21-16 24-22 win over world number two Yamaguchi in a 55-minute hard-fought match. “It was a good match overall. I hope this time it would be a better result then the last time. I have to prepare well for tomorrow, so its not yet over,” Sindhu said after the match.

US President Trump tees off with Woods, Nicklaus

Pompeo touts Iran policy in Gulf ahead of Biden presidency

Zoo attendant mauled to death by tigress in Itanagar