After her feliciation by Kerala authorities, PV Sindhu also visited the Sree Padmanabha Swami Temple and Attukal Bhagavathy Temple in Thiruvananthapuram, with her mother Anjali. PV Sindhu, who recently became the first Indian to win gold medal at the World Championships, was felicitated by the Kerala State Government in Thiruvananthapuram on Wednesday.

The Kerala Olympic Association President V Sunil Kumar handed over the cash reward of Rs 10 lakh to the ace shuttler. During her stay, Sindhu also visited the Sree Padmanabha Swami Temple and Attukal Bhagavathy Temple in Thiruvananthapuram, with her mother Anjali.

Back on August 25, Sindhu forged history by defeating Japan’s Nozomi Okuhara 21-7, 21-7 in the finals of World Championships in Switzerland’s Basel. The match lasted for a mere 38 minutes, while the pair had battled for 110 minutes in the 2017 final.

After winning the gold medal, the 24-year-old was congratulated by Prime Minister Narendra Modi on August 27, before getting felicitated by Union Sports Minister Kiren Rijiju with a cheque of Rs 10 lakh for her feat. 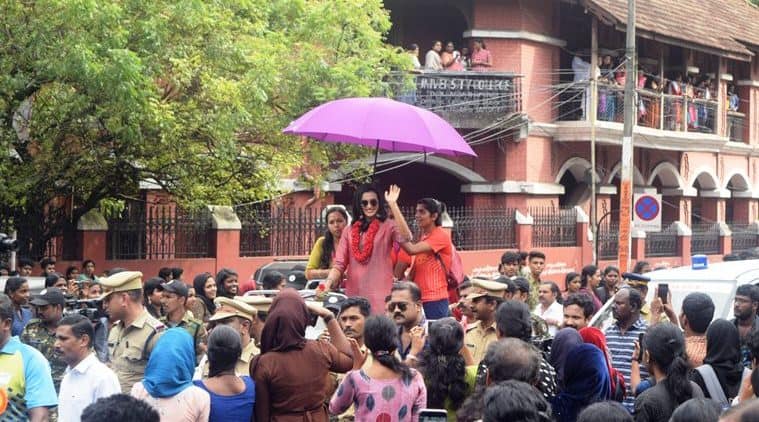 Ever since her success in Basel, her performances haven’t been as fairytale as before though. In September, she was knocked out early in China Open by Thailand’s Pornpawee Chochuwong, getting beaten by 12-21, 21-13, 19-21. After that, she crashed out of Korea Open in the opening round itself to USA’s Beiwen Zhang, losing the tie by 21-7, 22-24, 15-21.

Sindhu will participate in the upcoming Denmark Open, seeded fifth, from October 15.

Why Lodha reforms for BCCI have fallen flat