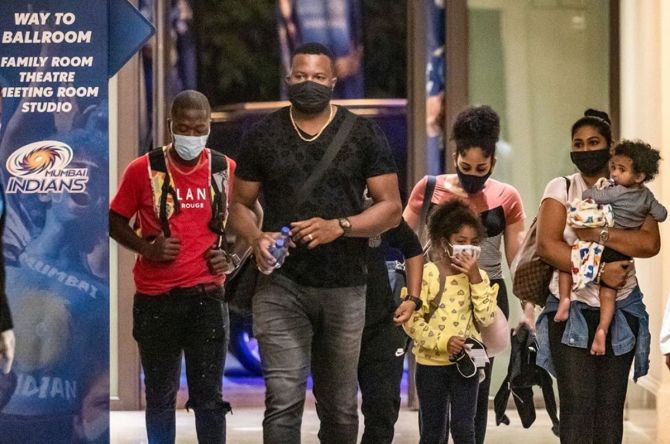 Not only Pollard, all the other players Caribbean and a few from other countries have also touched base with their teams after completing Caribbean Premier League engagements.

“From the Caribbean Isles to Abu Dhabi The Pollard family and Rutherford have arrived,” Pollard’s team Mumbai Indians said in a tweet.

Kolkata Knight Riders shared a video of Chris Green, Sunil Narine, Andre Russell on their way to Abu Dhabi with a caption, “From the Caribbean to the UAE! Lethal weapon-alert.”

Mumbai Indians, who are the defending champions, will take on Chennai Super Kings, in the lung opener of the cash rich T20 league. Pollard led the Trinbago Knight Riders to CPL title.

Bangladesh hold their nerves to lift maiden U19 World Cup

Nil GST returns can now be filled through SMS