Danish teenager Holger Rune fought back from a set down to beat hot favourite Novak Djokovic 3-6, 6-3, 7-5 and win his first Masters title in Paris on Sunday.

Rune, who beat four other top-10 players in Hubert Hurkacz, Andrey Rublev, Carlos Alcaraz and Felix Auger-Aliassime en route to the final, will now move into the top 10 when the new rankings are published on Monday.

“I’m not happy that you beat me, but on the other hand I’m happy for you because I like your personality, you’re a very dedicated guy who loves tennis,” Djokovic said with a smile at the trophy presentation.

“You’ve put in a lot of hours of hard work, it’s paying off for you and your future is bright.” 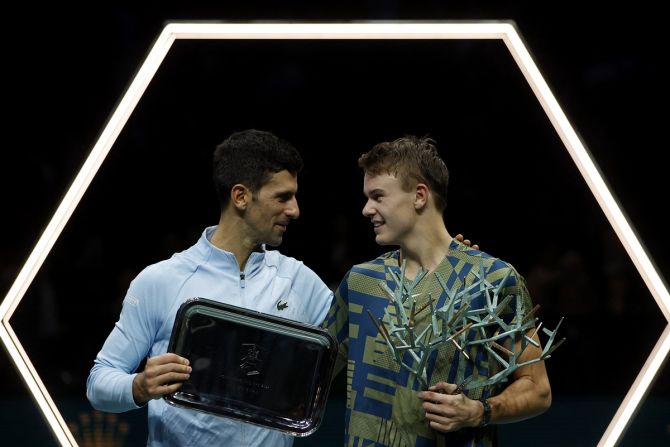 Rune looked down and out when six-times Paris champion Djokovic produced a near-flawless opening set, with the Serbian virtually unstoppable on his first serve as the 19-year-old struggled with unforced errors.

But the tables turned in the second set when Rune broke early and the young Dane took confidence from that to react well under pressure, using his serve and two-handed backhand to good effect to force a decider.

In the final set, Djokovic raced to a 3-1 lead but Rune quickly broke back, with the Serbian calling for a physio during a changeover to check on his thigh before the Dane levelled the set at 3-3. 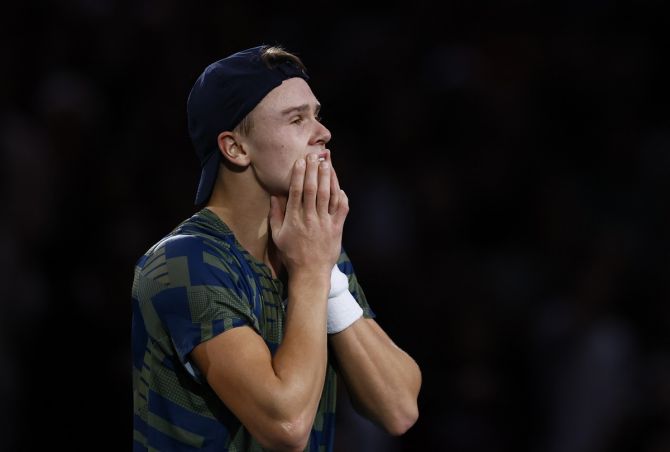 After winning a break to go up 6-5, Rune served for the title but Djokovic put up a resolute defence as the 12th game stretched on for more than 17 minutes, with the crowd rising to their feet many times to applaud some engrossing rallies.

But Rune, who saved three match points in the first round to beat Stan Wawrinka, found a reserve of energy to save six break points before he sealed victory when Djokovic found the net, and he fell to the ground in relief.

“You’re one of my favourite players, I’ve watched you since you were a kid. It’s a pleasure to share the court with you,” Rune said.

“I really enjoyed my time at the tournament here and I can’t wait to be back here next year.”

‘Imagine if we had those players’: KXIP co-owner rues letting three youngsters go ahead of IPL 2020

Prajnesh leaves for New York hoping for entry at US Open