Benzema, 34, claimed his hat-trick when he pounced on an error by Chelsea goalkeeper Edouard Mendy just after half-time to put the Spaniards in control of the tie before Tuesday’s second leg in Madrid.

Kai Havertz had restored some hope to the Blues when he headed in an angled pass from Jorginho in the 40th minute to make it 2-1. 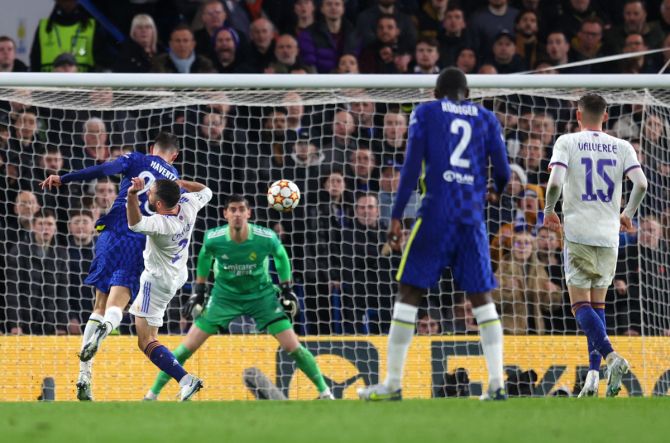 But Chelsea’s chances of a comeback were undone by Mendy’s mistake in the 46th minute when, outside his box, he tried to pass to Antonio Rudiger only for Benzema to intercept and steer the ball into an empty net for his 37th goal of the season.

The France striker rocked Chelsea when he converted pinpoint crosses with headers, first from Vinicius Jr from the left in the 21st minute and then from Luka Modric on the right in the 24th, leaving Mendy with no chance on either occasion.

Benzema had looked certain to claim his hat-trick just before halftime but he fired wide with Chelsea’s usually rock-solid defence looking ragged.

“They’re very important goals. I’m happiest to have scored the third as I missed one in the first half and I was thinking about that chance because it’s very important to score goals. Then I got another and I’m very happy,” Benzema told Spanish television.

“Today we came out to win, to show we’re Real Madrid. Things worked out well for us as we played well, from the first minute to the last.” 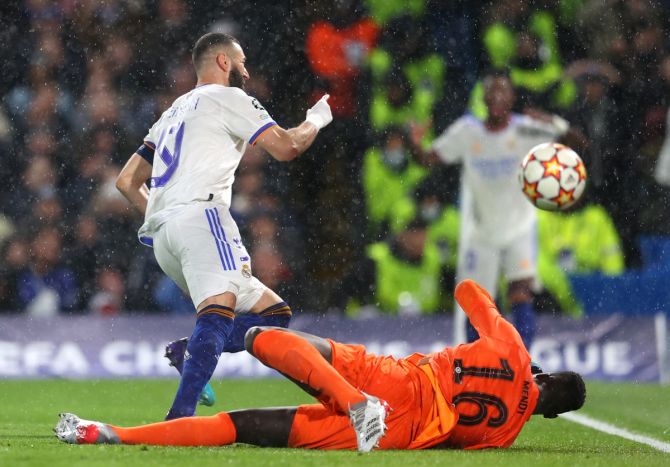 The Spaniards were seeking revenge after the Londoners eliminated them in last season’s semi-finals before the Blues won the trophy in Porto.

There was an early warning sign for the Londoners when Vinicius Jr cracked a shot against the bar in the 10th minute.

Chelsea sought to fight back in the second half with the best chance falling to substitute Romelu Lukaku – Chelsea’s record signing who has struggled to fit in at Stamford Bridge – but he headed narrowly wide as a deflected ball dropped to him on the edge of the six-yard box in the 69th minute.

In the dying moments, Hakim Ziyech, also on as a sub, fired over from 13 yards.

Real – who have been crowned European champions 13 times but had never previously beaten Chelsea – are now in pole position to advance into the semi-finals to face either Manchester City or crosstown rivals Atletico Madrid.

Real Madrid coach Carlo Ancelotti, who spent two years as Chelsea head coach and led the Blues to the Premier League and FA Cup double in the 2009/10 season, hailed his team’s control of the game and the danger they posed on the counterattack.

“It was a good night but it is only the first half of this round,” he was quoted as saying by the BBC.

Chelsea’s defeat adds to a sense of turmoil with the club put up for sale by Roman Abramovich after Russia’s invasion of Ukraine, which Moscow calls a “special military operation.”

The Russian billionaire has been sanctioned by the British government.

Chelsea coach Thomas Tuchel said his team had been way off the levels he expects.

“You cannot expect a result from this kind of performance,” he told reporters. 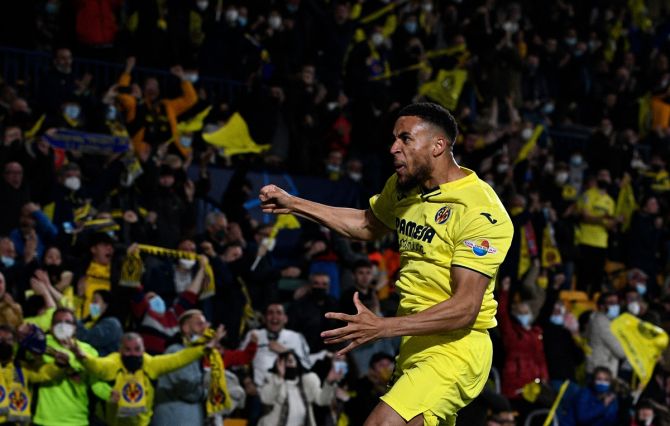 In the end Nigerian-born Dutch forward Arnaut Danjuma’s eighth minute strike gave Unai Emery’s side a slender lead for the second leg at the Allianz Arena in Munich next Tuesday.

Villarreal took the game to Bayern and should probably have won by a larger margin given their clear opportunities.

The Europa League holders suffocated Julian Nagelsmann’s team, who struggled to find their touch in the final third, and were a constant menace to keeper Manuel Neuer on the counter. 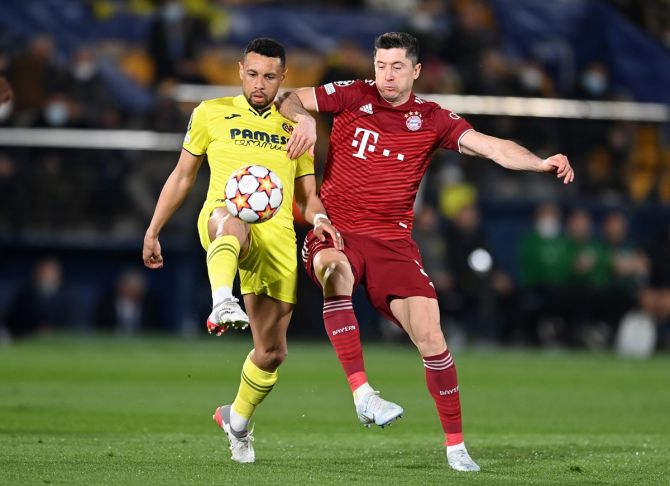 Villarreal had a Francis Coquelin effort chalked off by VAR for offside while Gerard Moreno almost scored twice – first with a long-range strike that hit the post and later trying to lob Neuer with an effort from inside his own half that went wide.

Danjuma and Alfonso Pedraza wasted two clear chances in the last few minutes, missing the target from inside the area.

“Our team is very hungry and humble,” Man-of-the-Match Giovani Lo Celso told Movistar Plus. “But we faced one of the best teams in the world and we go out with the sensation that we should have scored several more goals.

“We knew that we needed to shorten the field for them – they are a team that can’t have spaces to work the ball. We played our game, we are a team that always try to be the protagonist and we had a lot of opportunities to win by a bigger margin.”

Villarreal coach Unai Emery has won a record four Europa League titles – three with Sevilla – and his current side look to have inherited his DNA and adapted it to the Champions League in their efforts to compete toe-to-toe with the leading clubs.

They eliminated Juventus in the last 16 and have now shocked Bayern, who were unbeaten in this year’s competition and tasted their first Champions League defeat away from home since 2017.

The build-up to Villarreal’s winner started with Moreno, who is the heart and soul of the Yellow Submarine.

He received the ball close to the right touchline and played it through to Lo Celso whose low cross was struck first time by Dani Parejo. Neuer looked to have it covered but Danjuma got there first and stroked the ball home from close range.

“We know that it will be a completely different game in Germany,” captain Parejo told reporters.

“We had at least five opportunities to score, they didn’t create a single one. That says a lot about what we are capable of. So we will go there and compete with the same passion.”

So many events, so many champs, so much tennis in Melbourne

Why Rashid is one of the top spinners in T20 cricket