Images from Day 9 of Wimbledon at the All England Lawn Tennis and Croquet Club in London, on Wednesday. 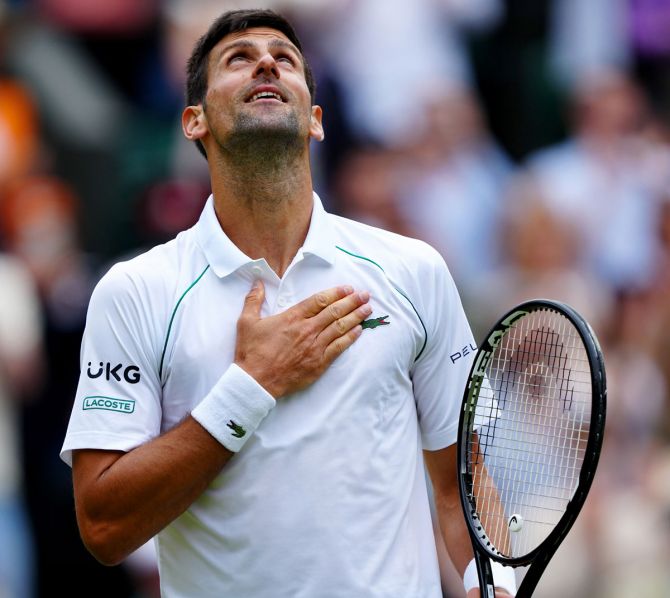 Playing in his 50th Grand Slam quarter-final, Novak Djokovic recorded a century of tour-level wins on grass as he suffocated the challenge of Marton Fucsovics with a 6-3, 6-4, 6-4 win to reach the Wimbledon semi-finals on Wednesday.

While such numbers might sound impressive, for Djokovic the only statistic that matters is that his dream of joining Roger Federer and Rafael Nadal on a record 20 Grand Slam titles was still very much alive as was the chance of becoming the first man since Rod Laver in 1969 to complete the calendar slam. Fucsovics produced some gutsy shots to stay alive in the first set when Djokovic stood at 5-0 up with two set points and hung in with the top seed till 4-4 in the second.

But once Djokovic broke for a 5-4 lead in the second set, it was clear that this would not be his day.

In his 10th Wimbledon semi-final, and 41st across all four majors, the Serbian will meet either Canadian 10th seed Denis Shapovalov or Russia’s Karen Khachanov in the last four.