A B de Villiers rattled up an unbeaten 73 off just 33 balls to power Royal Challengers Bangalore to 194 for 2 against Kolkata Knight Riders in their Indian Premier League match, in Sharjah, on Monday.

The South African batsman had things his way, smashing six sixes and five fours, in the company of skipper Virat Kohli (33 not out off 28 balls) during an unbroken third-wicket stand of 100 runs from 7.4 overs to take the team out of a middle-over muddle. 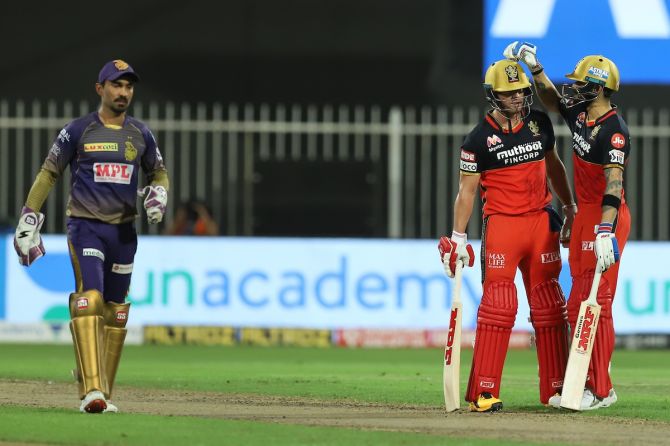 On a pitch that was slowing down, spinner Varun Chakravarthy bowled a tidy 0/25 from four overs, while young pacer Kamlesh Nagarkoti (0/36 from four overs) cleverly mixed up his deliveries with cutters to check the Royal Challengers’ momentum midway in their innings.

Opener Aaron Finch (47 from 37 balls) looked sluggish in the middle and struggled to find boundaries before being castled by Prasidh Krishna. With boundaries drying up, De Villiers unleashed his array of shots against a disciplined Nagarkoti, smashing him for consecutive sixes, over midwicket, one of which hit a running car.

The South African raced to his fifty off 23 balls as Royal Challengers took 83 runs from the last five overs to boost the total. 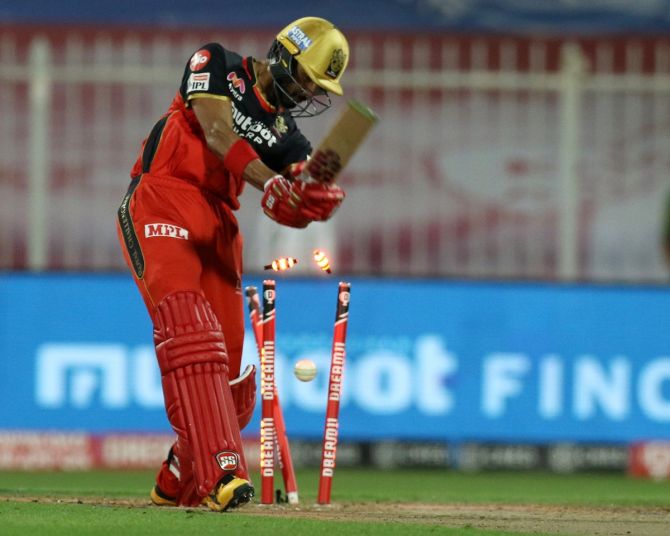 Finch clubbed one out of the stadium in Prasidh’s first over before he failed to read the yorker and was bowled for 46 from 37 balls. 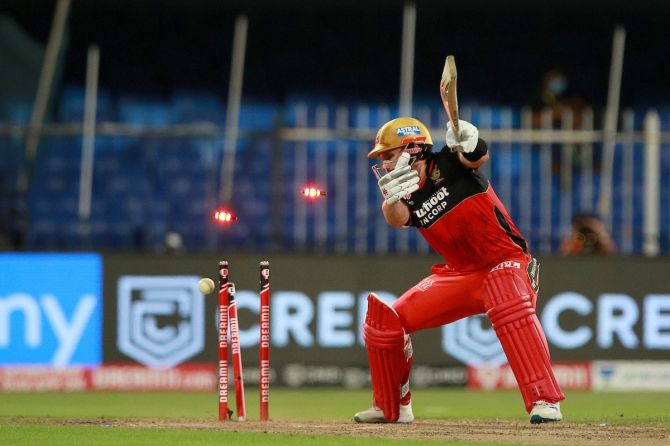 The boundaries soon dried up after the Power-Play, with Russell providing KKR the breakthrough by cleaning up Padikkal with a fuller delivery. The talented youngster earlier hit back-to-back boundaries off Cummins. However, he was done in by Russell after making room for a big shot> He went too wide and found his stumps go all over the place. He scored 32 from 23 balls.

Bowling in absence of ace spinner Sunil Narine, who was left out after being reported for suspect action, Chakravarthy bowled a tidy spell.

Fernando Alonso set for F1 return with Renault in 2021

BFI plans resumption of camp training from June 10 in Patiala

Vignesh out with injury

Most Eligible Bachelor Pre teaser:  Akhil happy with his career, but tensed about his married life
Last News

Bigg Boss 14: Sidharth Shukla screams SEXY as he steps out of the pool and unbuttons his shirt