Pace spearhead Pat Cummins struck an invaluable 36-ball 53 lifted Kolkata Knight Riders from a hopeless situation to a respectable 148 for five against Mumbai Indians in their IPL match, at the Sheikh Zayed Stadium, in Abu Dhabi, on Friday. 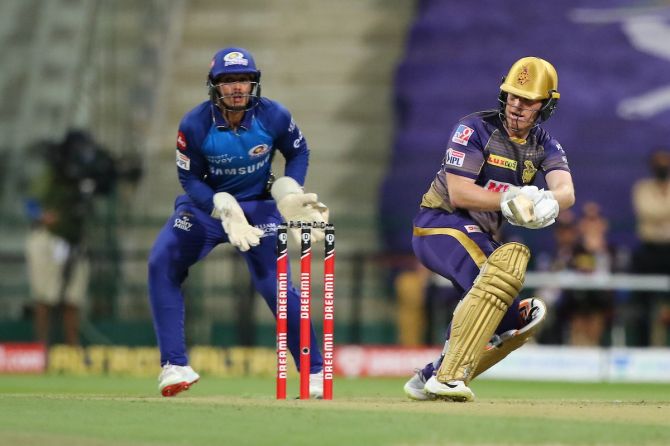 Opting to bat, Kolkata lost opener Rahul Tripathi (7) early, courtesy a sensational catch by Suryakumar Yadav at point, in the third over off Trent Boult (1/32).

Tripathi cut and Yadav, at point, leapt high to get Tripathi’s wicket. He faced just 9 balls. 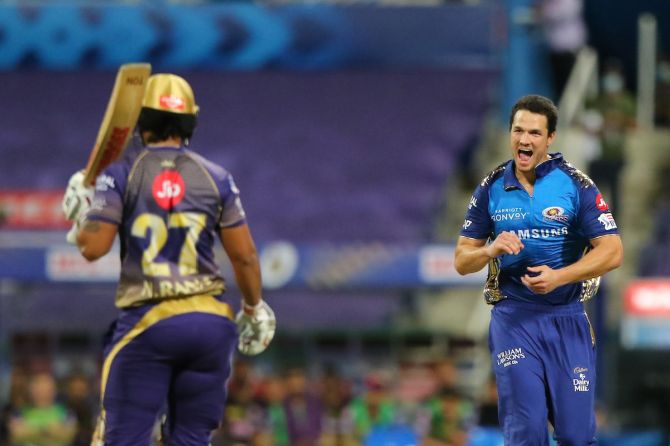 It became 33 for 2 as Nitish Rana (5) perished cheaply, caught by Quinton De Kock off Nathan Coulter-Nile (1/51). The short ball worked for the Australian pacer in the sixth over.

Leg-spinner Rahul Chahar (2/18) struck twice in the eighth over, removing the young Shubham Gill (21) and Dinesh Karthik (4) off successive balls and Kolkata were reduced to 42 for four. While Gill holed out to Kieron Pollard at long-on in an attempt to accelerate the run-rate, Karthik played on to the stumps.

The Knight Riders lost half their side for 61 as Andre Russell perished for 12. A bouncer from Jasprit Bumrah (1/22) did the trick as Russell lobbed off a sitter to de Kock. 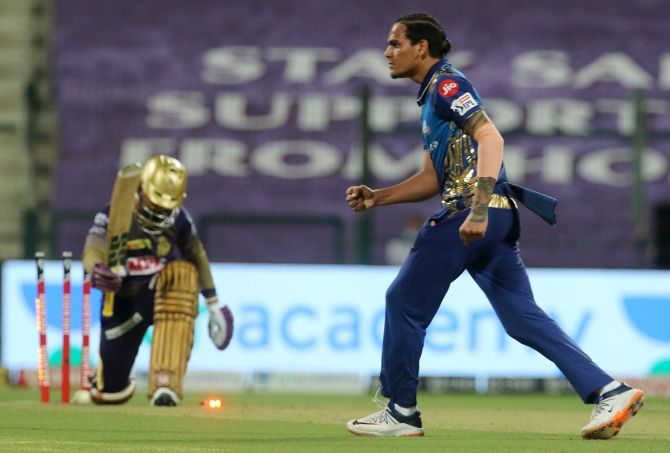 Cummins smashed Nathan Coulter-Nile for two fours and a maximum in the 13th over, which fetched Kolkata 16 runs and then made optimum use of a life he got.

Cummins and Morgan added 53 in the last five overs. They were particularly brutal against Coulter-Nile, who leaked 51 runs in his four overs.

Ram Leela actor among those killed