Images from the third T20 International between India and New Zealand, at the Eden Gardens in Kolkata, on Sunday.

Rohit Sharma’s imperious form was on full display as he laid the platform for an above par score of 184 for 7 against New Zealand in the third and final T20 International, at the Eden Gardens in Kolkata, on Sunday.

In a bid to test the team’s character by batting first, the skipper led the way with a blazing 56 off 31 balls, which included five fours and three sixes, but despite a whirlwind start, India stuttered in the middle overs before Harshal Patel (18 off 11 balls) and Deepak Chahar (21 not out off 8 balls) used the long handle to garner 50 runs in last five overs. 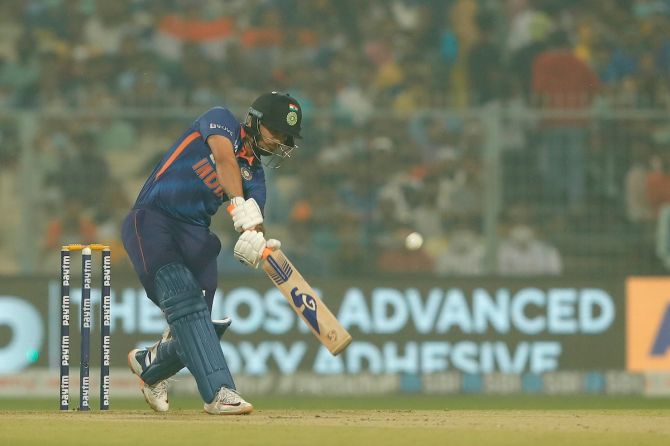 Having got two flashy back-to-back boundaries off the very first over by Trent Boult, there was no looking back for Rohit.

There was no preferential treatment, as all the fast bowlers were treated with equal disdain as he and Kishan made full use of the of the Powerplay overs, which yielded 69 runs.

Rohit pulled Boult behind square for his first six and hit Adam Milne (0/47 in 4 overs) over long-on for the second maximum. 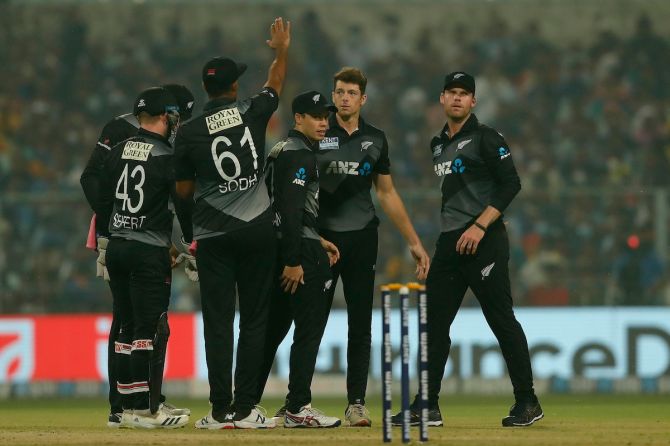 The third, off Lockie Ferguson, was another pull behind the square into the stand below the giant electronic scoreboard.

Post-Powerplay, stand-in captain Mitchell Santner (4-0-27-3) pulled things back, as Kishan edged an arm ball into the ‘keeper Tim Seifert’s gloves, while Suryakumar Yadav (0) played a loose shot to a tossed up delivery and gave an easy catch to the cover fielder, Martin Guptill, much to the irritation of his skipper, reducing India to 71 for 2.

Rohit’s frustration was compounded when Rishabh Pant went for an ugly hoick to give Santner his third wicket in his second over and India were 83 got 3 in the ninth over. 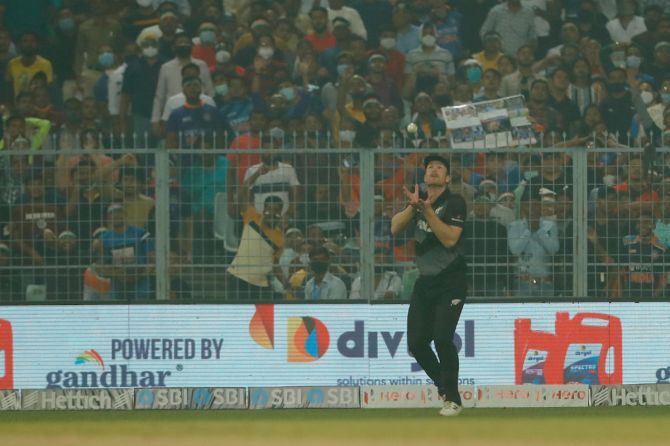 Rohit, however, did not allow the fall of wickets to bog him down and he got to his 50, his 26th half-century, with a deliberate cut through the vacant third-man area off his opposite number. Shreyas also gained in confidence as he got a boundary to take the score past 100-run mark.

It took a brilliant one-handed reflex caught and bowled catch from Ish Sodhi to dismiss Rohit.

Sodhi tried to bowl wide off Rohit’s reach but gave enough air, which enticed him to give the charge without getting to the pitch of the delivery. 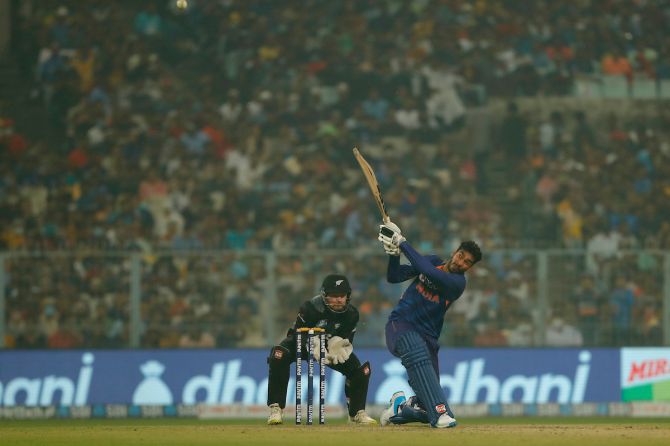 Shreyas Iyer and Venkatesh Iyer then got together at the crease and did not let the momentum drop for the hosts. The pair put on 36 runs for the fifth wicket before the stand was broken by Boult as he dismissed Venkatesh (20).

36 more runs were added in the last three overs, taking the score past the 180-run mark, as Deepak Chahar played a cameo of 21 runs off just 8 balls.

Over 80 shops destroyed in fire at Ooty municipal market