Images from the second Twenty20 International between India and the West Indies, in Kolkata, on Friday.

Virat Kohli was back among runs with a fighting fifty while Rishabh Pant smashed a breezy, unbeaten 52 to guide India to a challenging 186 for 5 in the second T20 International against the West Indies, in Kolkata, on Friday.

Chasing their 100th T20I victory, the hosts were guided by Kohli, who took charge of the proceedings after Roston Chase exposed the Indian middle order.

Kohli registered his 30th fifty in the shortest format, his first since the 57 versus Pakistan in the T20 World Cup on October 24, 2021. 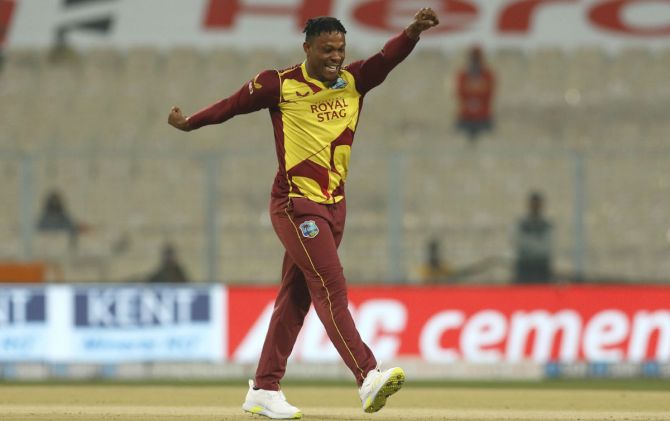 The former captain’s sheer elegance was on full display as he cut, pulled and also took the aerial route en route to his 41-ball 52 that was studded with seven fours and a six.

Luck also favoured Kohli on the day as he brought up his 30th T20I fifty with a slog over long-on after Jason Holder failed to get hold of the catch and the ball went over the boundary. 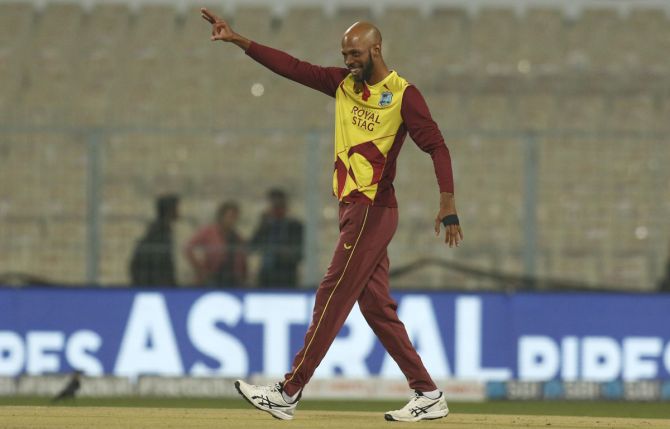 But Kohli failed to make it big and was cleaned up by Chase two balls later after the Windies off-spinner breached his gate for his third wicket.

Chase was impressive in the middle overs to return with figures of 3 for 25, which included the wickets of Rohit Sharma (19) and Suryakumar Yadav (8). 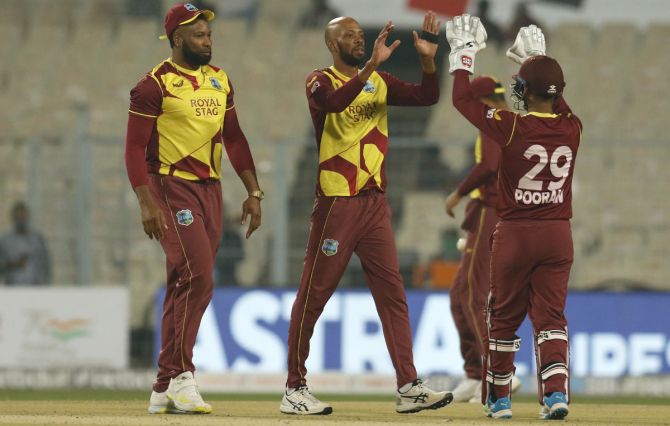 Thereafter, it was the Pant and Venkatesh Iyer (33 from 18 balls) show on offer as they took charge on the likes of Kieron Pollard and Romario Shepherd in their 76-run partnership from 35 balls.

Pant (52 off 28 balls) brought up his third fifty in T20Is with a double in the penultimate delivery of the innings, taking just 27 balls to get to the milestone. 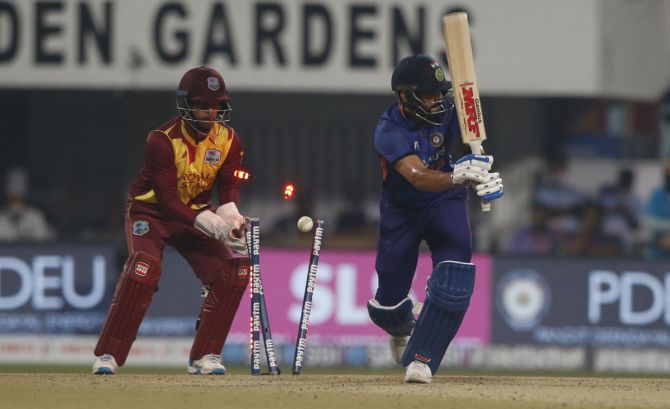 Earlier, India got off to a slow start as Sheldon Cottrell bowled four dots on the trot before dismissing Ishan Kishan in the second over of the day.

Kishan, who was the most expensive buy of the IPL 2022 mega auction, looked listless and under pressure as his poor form continued and he departed for 2 after a 10-ball stay. 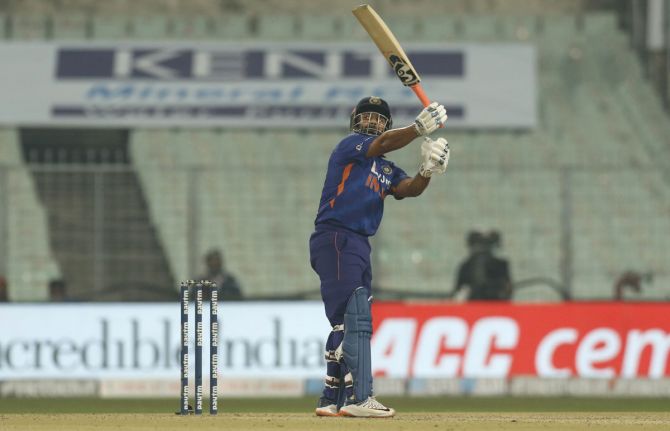 Thereafter though it was the Kohli show at the sparsely-crowded Eden Gardens. The former India skipper delighted his fans with his elegant timing and stroke-play.

Getting off the mark with a boundary with a whip to the square leg boundary, Kohli found his timing early on and got a second boundary in the same over off Akeal Hossain.

He was the aggressor and skipper Rohit was happy to play second fiddle as the duo took India’s score to almost 50 in the first six overs. 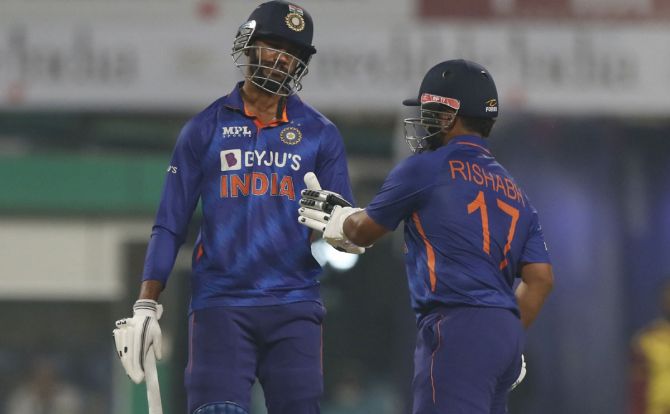 There was a clear shift in India’s batting in the powerplay, the pair unafraid to take the aerial route.

Rohit departed for 19 off 18 balls after a fine partnership with Kohli that yielded 49 runs from 36 balls before Chase provided the breakthrough in his first over, removing India’s skipper after inducing a thick leading edge and was caught at point.

In his next over, Chase accounted for Suryakumar to expose India’s middle over but Kohli ensured that there was no further damage.

Kohli is the best: Dhoni

Bihar Board 10th result 2019 not releasing on April 5, beware of rumours: BSEB