Images from Day 1 of the fourth Test between England and India, at The Oval, on Thursday.

Bolstered by the inclusion of Chris Woakes, England’s seamers once again tormented India’s top-order batsmen, leaving them rattled on 54 for 3 at lunch on Day 1 in the fourth Test, at The Oval, on Thursday.

India’s openers Rohit Sharma (11) and K L Rahul (17), after showing initial promise, were done in by high quality seam bowling, while Cheteshwar Pujara (4) got one from James Anderson that could easily qualify to be the “ball of the series”.

At the lunch break, Virat Kohli (batting 18) was soldiering on in the company of Ravindra Jadeja (batting 2), who was promoted at No. 5 ahead of two out-of-form batters — Ajinkya Rahane and Rishabh Pant — under cloudy conditions. 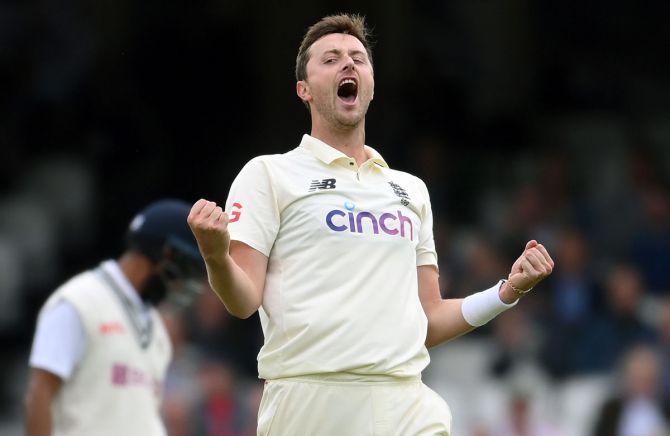 England captain Joe Root called it right at the toss and knowing India’s struggling batting line-up, promptly put them in to bat.

Both Rohit and Rahul punished the loose deliveries from Anderson and 28 runs were added within first 35-odd minutes before Woakes (5-4-4-1) was brought into the attack, replacing the senior-most pacer, who looked a bit tight during that spell.

A fuller delivery outside the channel with extra bounce saw the normally patient Rohit jabbing at it and the catch was taken by wicketkeeper Jonny Bairstow. 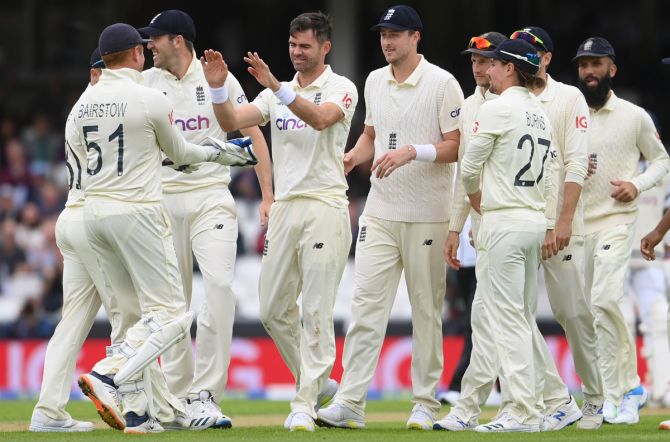 Rahul, who had already hit three boundaries, was ready to pounce on anything over-pitched outside the off-stump before Ollie Robinson (8-6-8-1) got one to jag back sharply from a length and television replays showed that the ball would have clipped the bail. The on-field umpire’s decision was upheld.

Kohli joined Pujara, who was again defending dourly save the one that got on his pads, which was clipped to the boundary.

However, Anderson (8-1-28-1), who has dismissed Pujara more times than his skipper, bowled a delivery just in the corridor of uncertainty. 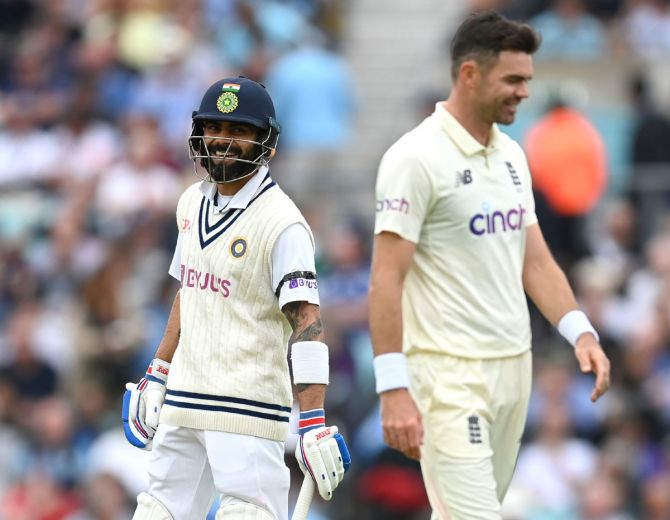 Pujara played for the inswing but once it pitched, the ball took the outside edge into Bairstow’s gloves.

At 39 for 3, there was more surprise in store as Jadeja walked in, perhaps to unsettle the bowlers with a left-right combination going for them.

The skipper, during the 29 balls he faced, looked more assured with his trigger movement as the right leg seemed more planted on the middle-stump as he got three boundaries.

He will need a big one to rescue India and keep the criticism for excluding premier off-spinner Ravichandran Ashwin at bay despite popular opinion to the contrary.

India vs New Zealand: 20 for no loss – India script new super over record

WHAT! Prabhas BROKE the promise of being by SS Rajamouli’s side on Baahubali’s release day because he was ‘too tensed’